The VMA’s 2020 were slightly different this year as every performer and nominee added one very prominent accessory to their dramatic ensembles. The face mask. As the on-going coronavirus pandemic continues, plenty of celebs in attendance at the first of its kind virtual ceremony on Sunday evening in New York City, encouraged the public to wear the protective face gear because “it’s the right thing to do”.

Lady Gaga took to the stage to accept the show’s new award, the MTV Tricon, for her unparalleled impact and dedication to music, fashion, and activism and fans were in awe at her striking face coverings.

The 34-year-old singer also took home the Best Collaboration and Song Of The Year trophy, for her hit Rain On Me with fellow popstar Ariana Grande and the highly coveted Artist Of The Year gong.

The A Star Is Born actress made a total of nine different outfit changes throughout the course of the award ceremony on Sunday, leaving fans staggered at the range of ensembles she chose to debut.

She graced the red red carpet in a NASA-inspired high-shine dress, complete with a space helmet. 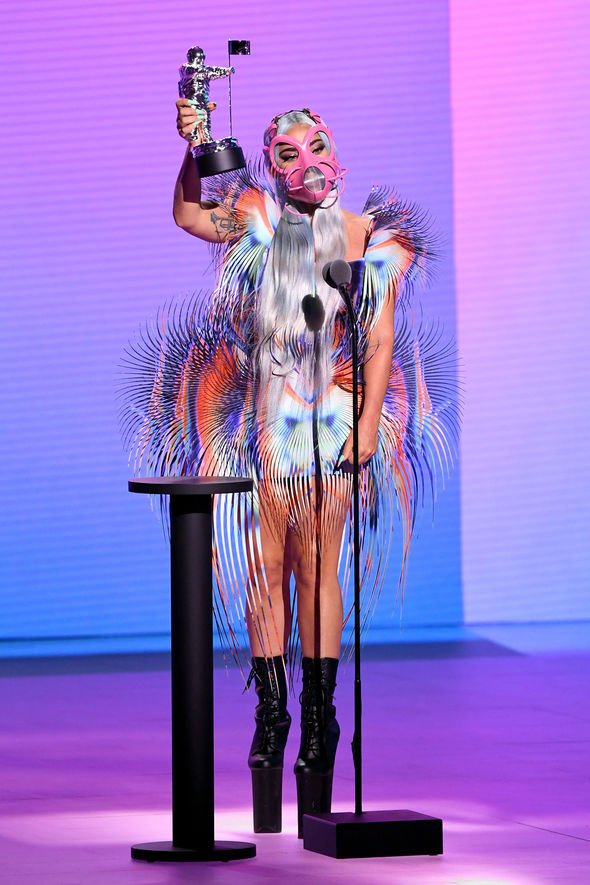 Very Gaga, if we don’t say so ourselves!

She then swapped to a purple latex two piece, a mint green balcony bra and a pair of unique harness shorts, and then an Alien inspired bodysuit which she paired with glitzy face masks.

During her speech, she thanked everyone for her success, and urged fans to “stay safe”.

“The wrath of pop culture will inspire you and the rage of art will empower you as it responds to hardship with its generosity and love,” she started her conclusion.

“This is what I believe. I want nothing more than to be your artist in 2020. It’s a total privilege. I love you. 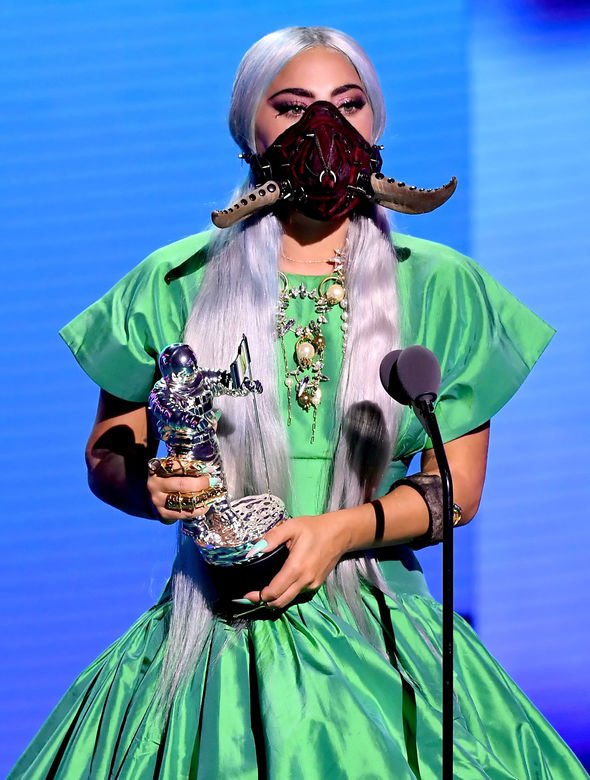 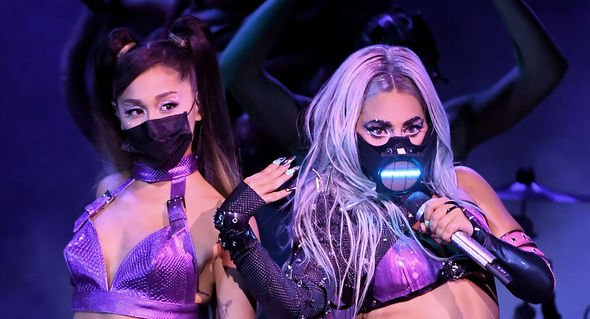 And viewers watching from home were well and truly grateful for her political stance on the matter.

Taking to Twitter, fans shared their thoughts unmask wearing at the ceremony.

“Lady Gaga and Ariana Grande wearing masks at the VMAs have done more for public health than the president,” said one.

“Ariana and lady gaga can perform a whole a** f*****g banger with masks on, so I don’t wanna hear y’all complaining about how you can’t wear one to go to the grocery store,” noted a second.

A third praised her: “Thank you to @ladygaga and @ArianaGrande for wearing masks during your VMA performance even though MTV isn’t making artists wear them. Exceptional role models leading by example… MASK UP! #VMAs.”

Others weren’t so pleased and begged celebrities to keep it “neutral”.

“Please don’t turn this into a political stance,” one slammed.

“Here we go about the maks,” said another.

The awards ceremony was dedicated to late Black Panther actor Chadwick Boseman, who passed away over the weekend from a four-year battle with colon cancer.

The 43-year-old, best known for playing superhero T’Challa in the Marvel films among other notable films, had privately fought the illness since being diagnosed in 2016.

Boseman’s family announced his death, saying he died surrounded by loved ones.

The VMAs opened on a sombre note, with host Keke Palmer paying tribute to Boseman, whose other film roles included playing baseball pioneer Jackie Robinson in 42 and soul singer James Brown in Get On Up.

Palmer said: “Before we get into the music tonight, we need to talk about the devastating loss of Chadwick Boseman, an actor whose talent and passion is a true inspiration to all the fans he touched and everyone he encountered.”