Lauryn Goodman has revealed she STILL hasn’t named her four-month-old baby boy with footballer Kyle Walker because she is torn between two names.

The model, 29, who is raising her baby as a single mother, discussed her miracle baby with Closer – she has endometriosis and PCOS and was told she wouldn’t conceive naturally.

Revealing her baby’s gender for the first time, she said: ‘I haven’t settled on a name yet. There are two names I absolutely love, but I just need to decide which way round I would prefer his name to be 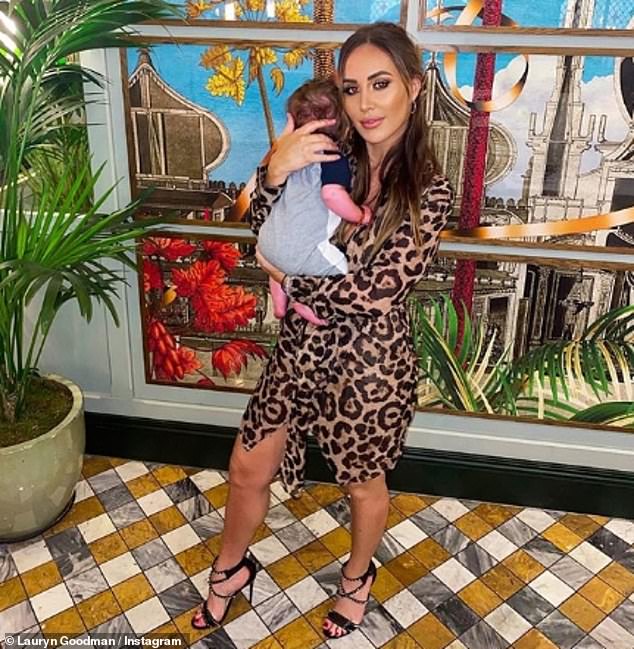 Can’t decide: Lauryn Goodman has revealed she STILL hasn’t named her baby boy despite giving birth FOUR MONTHS ago and says he’s the double of his footballer father Kyle Walker

‘I haven’t registered him yet, (the government are allowing extra time to register a child during the Covid: 19 pandemic) so I have a bit of time to decide.’

Lauryn said she found out she was five months pregnant during a routine kidney scan and that she and Kyle, 30, found out the gender straight away, but kept the news to themselves.

She said: ‘Now he’s born, everyone says he’s the double of his father. His mum says it’s like looking at him as a baby – genetics are a crazy thing.’

Lauryn and Kyle struck up a brief romance with after he split from his partner of 10 years, Annie Kilner but they have since reconciled and are now engaged. 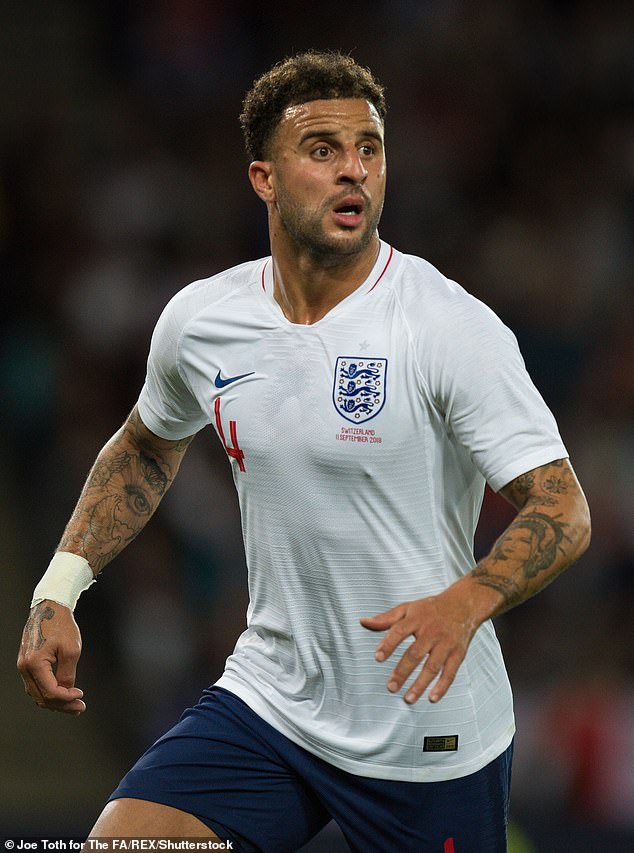 Kyle reportedly forked out £24k to fly Annie by private jet to Spain for a girls’ holiday.

The Manchester City ace was taken back in by the brunette beauty following his romance with Lauryn.

And the sportsman is reportedly so keen to show how committed his is to his wife-to-be that he paid the princely sum for Annie and her pal Millie Savage to fly for £12,000 each way between the UK and Marbella. 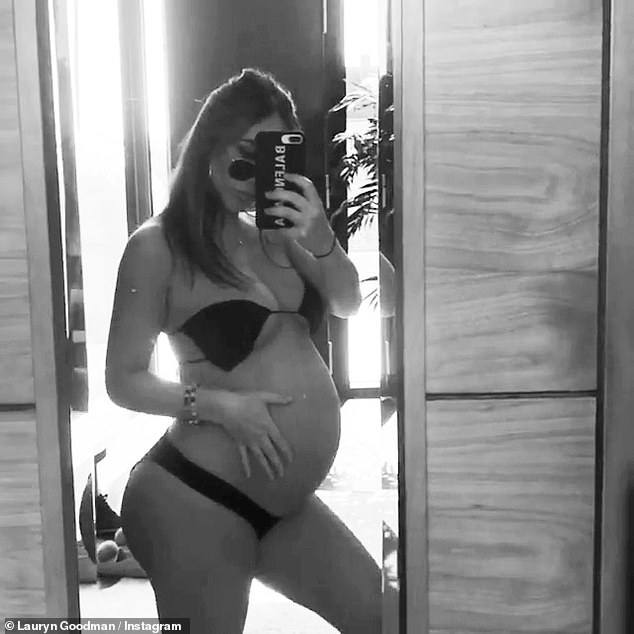 Throwback:  Lauryn, previously showing off her baby bump, had been told that she wouldn’t be able to conceive naturally

A source told The Sun: ‘Kyle knows he’s got a lot of making up to do if Annie’s ever going to forgive him so sending her and Millie on holiday is a small price for him to pay.’

This is Kyle’s fourth child, he shares sons Roman, Riaan and Reign with Annie.

Lauryn shared an Instagram picture of herself holding her son on Tuesday.

She wrote: ‘Happy Tuesday Everyone. ✨ I am happy to finally announce we’ve had a gorgeous little boy. Words cannot describe how happy he makes me. 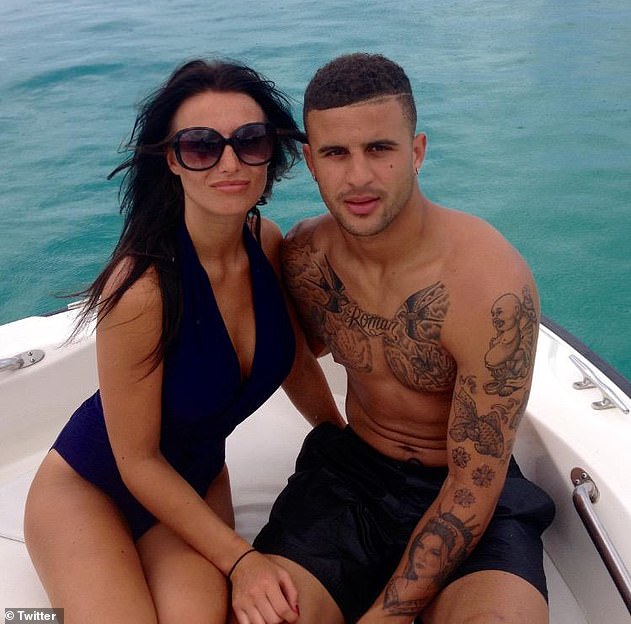 Splashing the cash: Kyle recently reportedly splashed out an eye-watering £24,000 for his fiancée Annie Kilner to fly by private jet to Spain for a luxury girls’ holiday after they reconciled 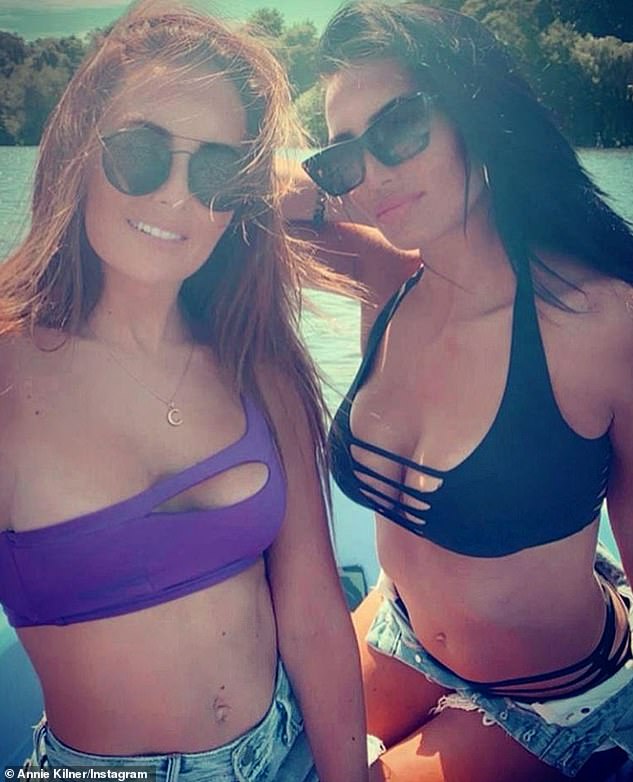 Jetsetters: Footballer Kyle reportedly paid the princely sum for Annie and her pal Millie Savage to fly for £12,000 each way between the UK and Marbella

‘He’s the first boy in our family! Junior you light up the room when you enter. Everyone you meet is in awe of you. You melt hearts and you had all of the midwives constantly coming in to see you and wanting cuddles.

‘You are such a flirt already, so coy and your little side smile gets me every time you are honestly growing too fast. I can finally post BLUE it’s been so hard but thank you to everyone who has respected my wishes.

‘It honestly has meant so much and didn’t go unnoticed – Your messages and the way you called him peanut meant the world to me. Honestly!

‘I am proud to say I stand up for what I believe in and i’m never afraid to make tough decisions. I will continue to help you all on your pumping journey, I know there’s little advice out there and just our motherhood journey in general ❤️

‘My life feels so complete with junior I’m just so happy. Being a mum is the best. You can read my full interview with @closeronline @anabelle.at.home ✨ Thank you for all your support.’ 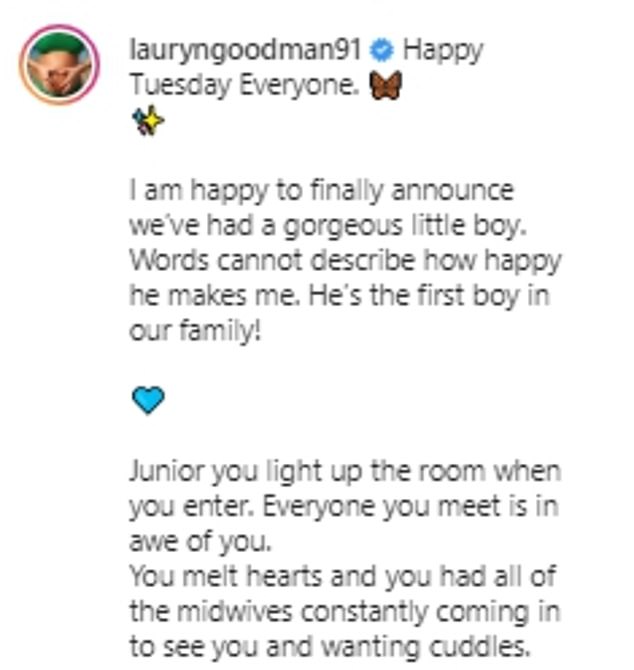 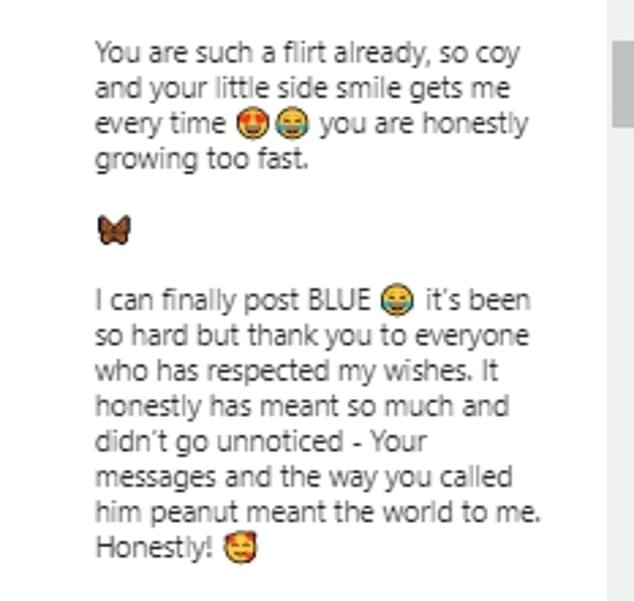 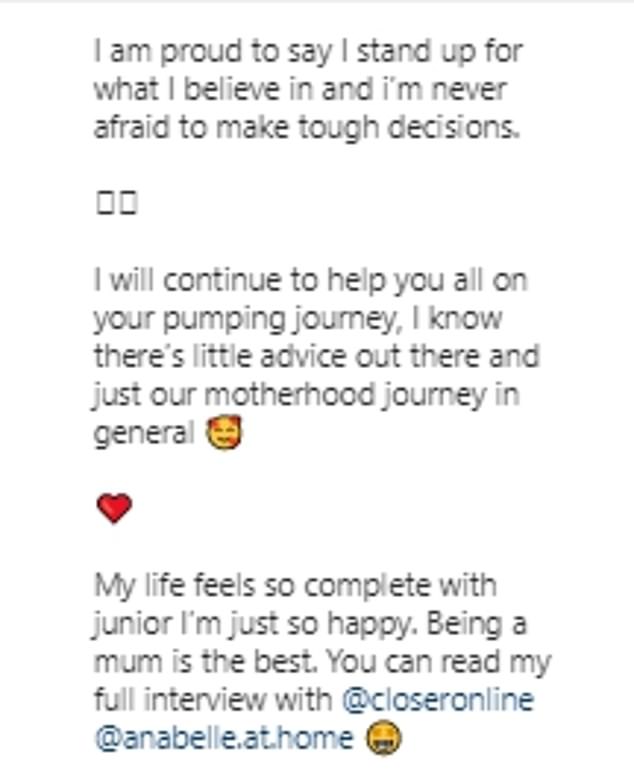 Something to say: Lauryn shared this Instagram post on the day her interview came out in Closer magazine