Emmerdale’s Leah Bracknell revealed she still hopes for an ‘impossible miracle, after she was diagnosed with terminal lung cancer in October 2016.

Speaking to The Mirror on Friday, the 55-year-old actress admitted that she remained hopeful after defying the odds when she was told she had just eight months to live.

Discussing her positive attitude, she explained: ‘People think, “Oh, she’s crazy”, but I believe in thinking outside the box. Medical science is an amazing thing and it is keeping me alive, but it has limitations because it is to do with the logical mind. 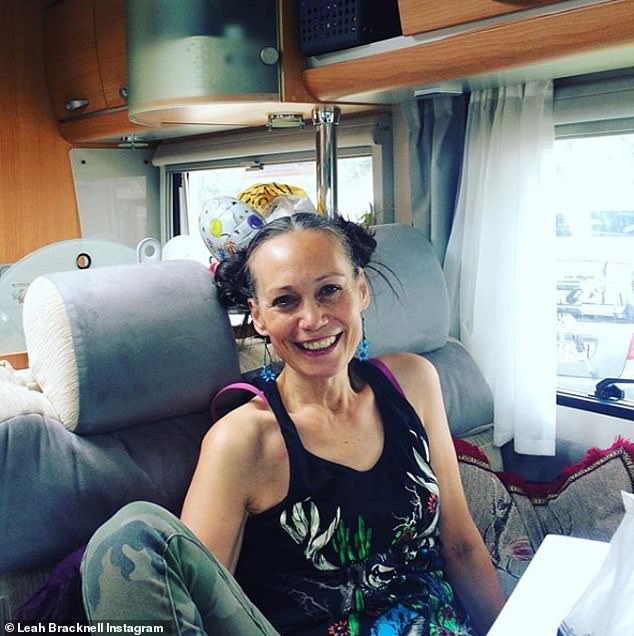 Positive: Leah Bracknell revealed on Friday that she hopes for an ‘impossible miracle’ in her battle with terminal lung cancer almost three years after being given eight months to live

‘But things we call miracles, things we don’t understand, happen all the time, they happen outside the realms of logic and scientific data.

‘Nobody knows why they happen, but it is possible for the impossible to happen. I still hope I could get my impossible miracle.’

Leah also claimed that even if a miracle didn’t save her from cancer, she would still ‘have a bloody good time along the way’, as she declared that she will do everything she can while she is fit and strong as she won’t ‘live in fear.’

She went on to say that she’s ‘doing all’ she can to prolong her life expectancy because she’s ‘not going to do what [she’s] told, and has even turned to using cannabis oil as she heard it can cause cancer cell death. Candid: Discussing her positive attitude, she explained: ‘Nobody knows why they happen, but it is possible for the impossible to happen. I still hope I could get my impossible miracle’

Back in October of last year, Leah told fans she lived 14 months longer than was expected when she was diagnosed with stage 4 lung cancer in 2016.

She wrote on her blog about how she recently ‘passed the two-year mark’ from the day she was given the diagnosis, which typically carries a ‘frighteningly brief’ average life expectancy of just eight months.

‘I wonder, did I think two years ago that I would still be here?,’ she asked. ‘The first doctors I saw certainly didn’t have much faith. Did I?’

‘How, I ask, am I still here? How have I managed to surpass my expiry date?

‘Am I a survivor? No, I am much more than that, I am a cancer thriver. Survival relates to statistics and time. Thriving is all about quality of life.’ Good attitude: Leah also claimed that even if a miracle didn’t save her from cancer, she would still ‘have a bloody good time along the way’

Bracknell has spoken publicly about how she has sought alternative therapies to treat her terminal condition.

In the blog post, titled Cannabis and Me: Breaking the Law, she reveals she is making cannabis oil at home to slow the progress of the cancer, saying it is ‘as easy as baking a cake’.

In 2017, she announced her targeted biological therapy has stopped working and she was surviving solely on ‘alternative treatments’.

Leah’s partner Jez Hughes told supporters that the NHS treatment she had started at the end of 2016 was ‘definitely not working’ so they were looking to take the ‘next steps’. 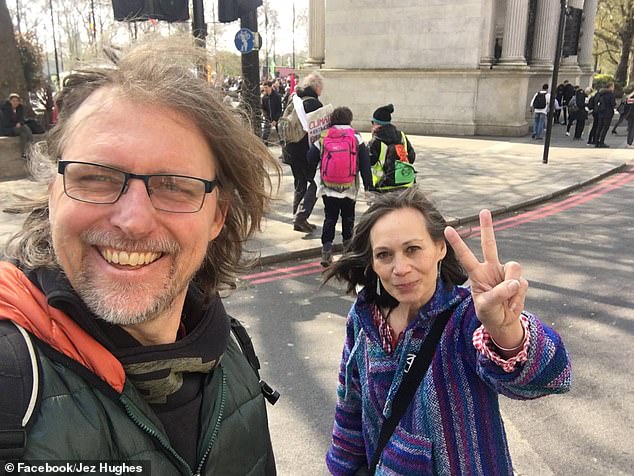 Other plans: Leah’s partner Jez Hughes told supporters that the NHS treatment she had started at the end of 2016 was ‘definitely not working’ so they were looking to take the ‘next steps’

He wrote on her crowdfunding page: ‘We have found out the drug definitely isn’t working so she has been off this for a while while we find out the next steps.

‘We think it probably stopped working back in March or even before. So for the last five months she has been prospering solely on the alternative treatments.’

He continued: ‘This is due to your incredible support as these aren’t cheap. So we are so grateful for the opportunity to keep Leah strong and well. We really believe it is working.’

Leah was diagnosed with terminal lung cancer in October 2016 and faced a race against time to raise £50,000 to pay for pioneering treatment in Germany.

The award-winning actress, who played lesbian Zoe Tate in the ITV soap for 16 years, had been told by doctors that her cancer is not curable and not operable.

An online appeal was launched to raise funds so Leah could visit the clinic that specialises in DNA-based immunotherapy and within 24 hours of her announcement fans had raised a staggering £40,000.

Donations poured in from more than 1,700 people, including a £5,000 pledge from one anonymous donor.

Now that total is up to £62,355 and Leah has been receiving treatment she hopes will increase her life expectancy.

Miss Bracknell, a 52-year-old mother-of-two to Lily, 25, and Maya, 21, who is believed to be a vegetarian and a non-smoker, said she felt fit and healthy just weeks before she was diagnosed.

She was about to start rehearsing for a comedy play alongside her work as a yoga teacher.

But in a matter of days she had become breathless climbing stairs and her abdomen swelled so much that she looked heavily pregnant.

When her heart rate rose to 180 beats per minute she was taken to hospital. There, a litre of fluid was drained from her heart and doctors diagnosed her with stage four lung cancer.

In an emotional post online, Miss Bracknell said: ‘I was told later, without that [emergency procedure], I would have died. So I am beyond grateful. The bad news is that I have been diagnosed with lung cancer, stage 4. In their opinion, that means it’s terminal, not curable, not operable.

‘A fairly brutal and bleak diagnosis but one I am determined to challenge and see from the perspective of ‘a glass half full’, going against a lifetime of pessimism, negativity and fear!’

He explained that the clinic uses ‘DNA testing to attack the specific cancer cells in your body’, and there are cases where ‘previously ‘incurable’ cancers go into complete remission’.

In his fundraising appeal he said: ‘She has responded with incredible positivity and we’re determined to fight this.

‘After a month of researching and getting advice from professionals, we’ve found there are incredible breakthroughs being made in clinics in Europe that combine the best of integrative (alternative) medicine with the most cutting edge modern treatments such as immunotherapy.’

As vet and landowner Zoe Tate in Emmerdale, Miss Bracknell portrayed the first lesbian in a British soap. Her farewell from the show in 2005 won her the ‘Best Exit’ at the 2006 British Soap Awards.

She has also appeared on TV in Judge John Deed, A Touch Of Frost, DCI Banks and daytime soap The Royal Today. She has also toured the country on stage in productions ranging from Shakespeare to pantomime.

Miss Bracknell lived in Yorkshire for 25 years before moving to Worthing, West Sussex.

Leah has been using plant-based healing oils and also has frequent sessions in an infrared sauna.

She has undergone immunotherapy treatment in Germany, which is not available on the NHS.

The treatment ‘reprogrammes’ the body’s defence system to attack cancerous cells. Trials show it could stop cancer from spreading and reduce tumour size.

The experimental treatment isn’t a permanent medication as it stops working when the cancer starts to resist it.

She’s also had Mexican shamans by her hospital bed in an attempt to heal her. Shamanic healers believe that illness has a spiritual cause and results in a loss of energy or power.

Leah has been practicing yoga for 15 years and also teaches it. She cites it as a way to keep her calm and positive in the face of her devastating diagnosis. 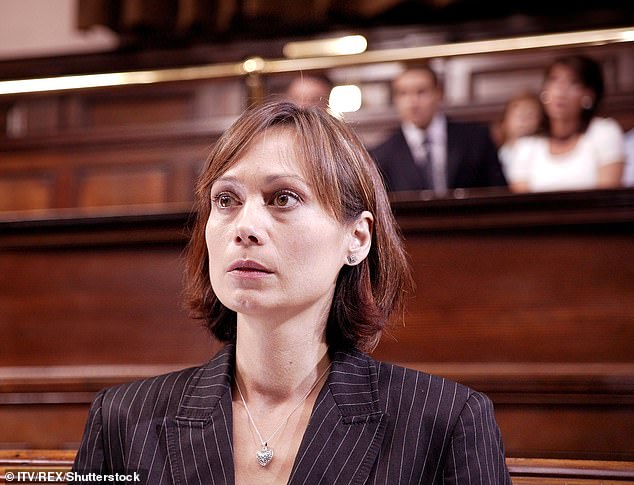 Iconic role: Leah portrayed Zoe Tate in Emmerdale the first lesbian on a British soap, and also one of the longest-featured gay characters in the show