Lil Kim is known for her outrageous fashion sense.

And the 45-year-old maintained her reputation on Sunday evening for the Grammys afterparty at Tao in West Hollywood donning a black ensemble that left little to the imagination.

The rapper had stepped out Saturday evening for the Clive Davis pre-Grammy gala in an ensemble that proved easier on the eyes. 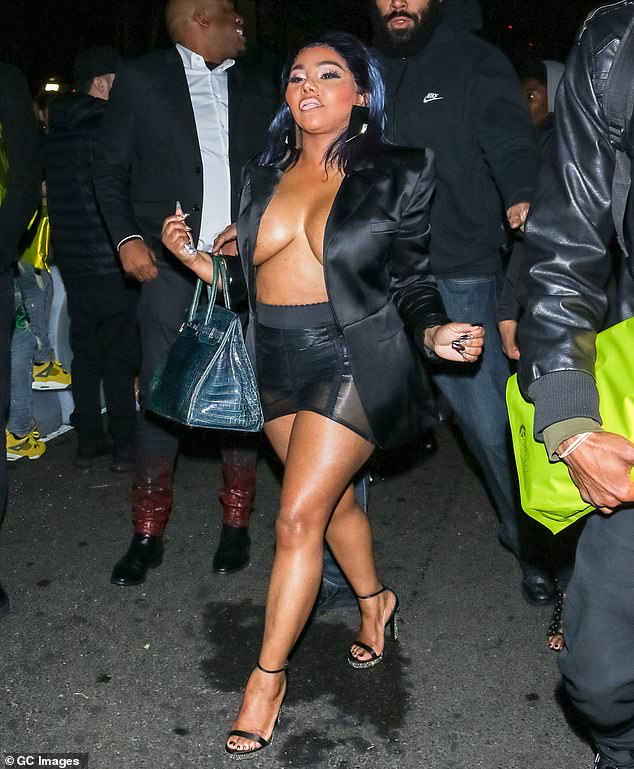 Lil Kim didn’t make a cameo on the red carpet for music’s biggest night held at the Staples Center in downtown Los Angeles.

But, even without a carpet under her feet, Lil Kim still managed to turn heads in a club-ready ensemble.

Her black satin blazer rested precisely over her robust assets, refusing to budge as she walked. 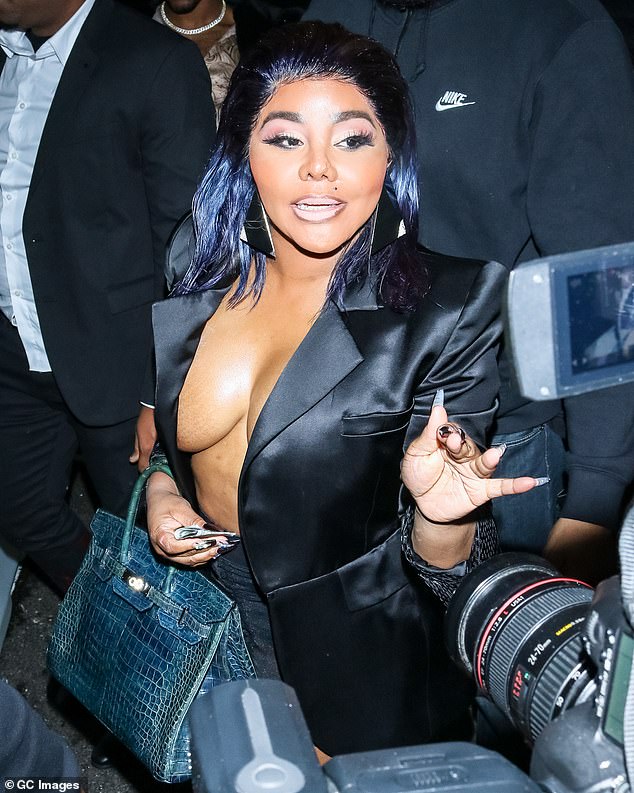 Brave: The female MC left little to the imagination, as she donned an open blazer sans shirt

Shutterbugs, waiting for afterparty attendees, got an eyeful as they gazed upon the rapper’s bare chest and black see-through mini skirt.

The rapper sported a deep purple wig that coordinated with her lavender toned makeup look. 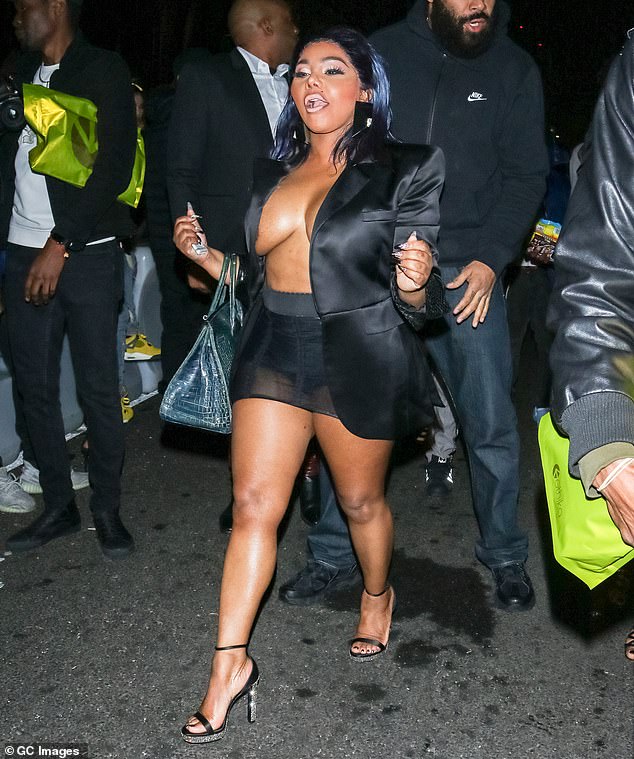 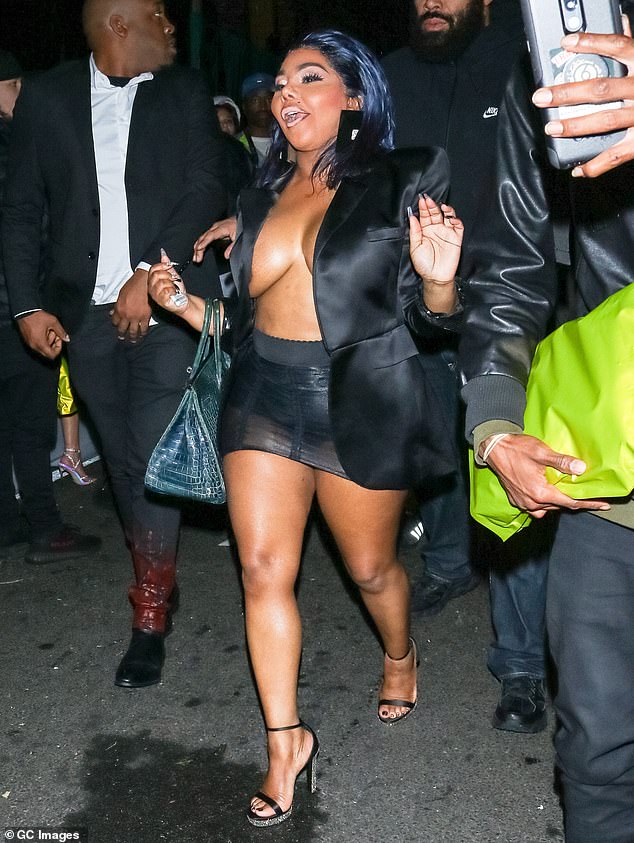 Risk taker: The 45-year-old nearly spilled out of her open blazer as she made her way towards the club’a entrance

The Lady Marmalade songstress showed off her flare for the dramatic in a pair of fluffy false eyelashes and an over lined pout.

She oozed confidence as she pushed her way through a crowd of fans and photographers waiting outside the popular West Hollywood nightclub.

Hip Hop powerhouse, Jay-Z suited up for the afterparty, but wife Beyonce was nowhere to be found. 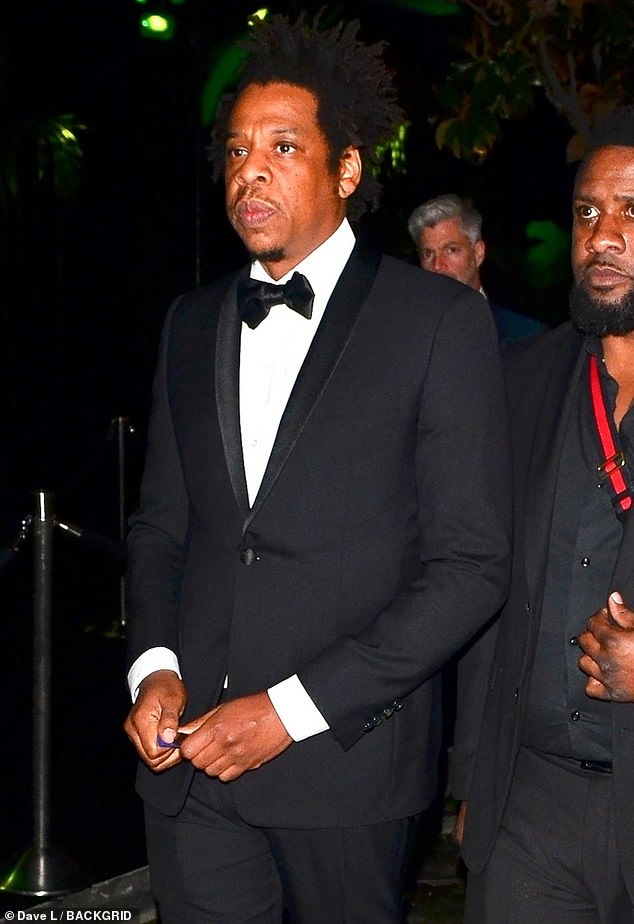 Ridin’ solo: Jay-Z showed up to Tao suited up, but without wife Beyonce 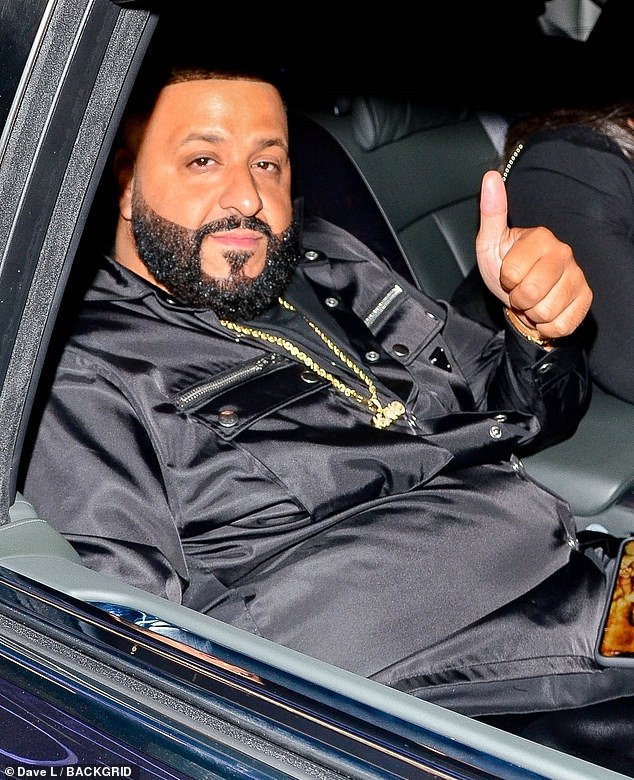 All good: Dj Khaled appeared tired, but content as he rolled up to Tao following his Grammy win

She did, however, attend her man’s Roc Nation pre-Grammy brunch on Saturday afternoon.

Dj Khaled, fresh off his big Nipsey Hussle tribute and Grammy win, rolled up moments later in his black SUV.

He gave nearby fans an eager thumbs up, before heading inside to face the festivities with his famous pals. 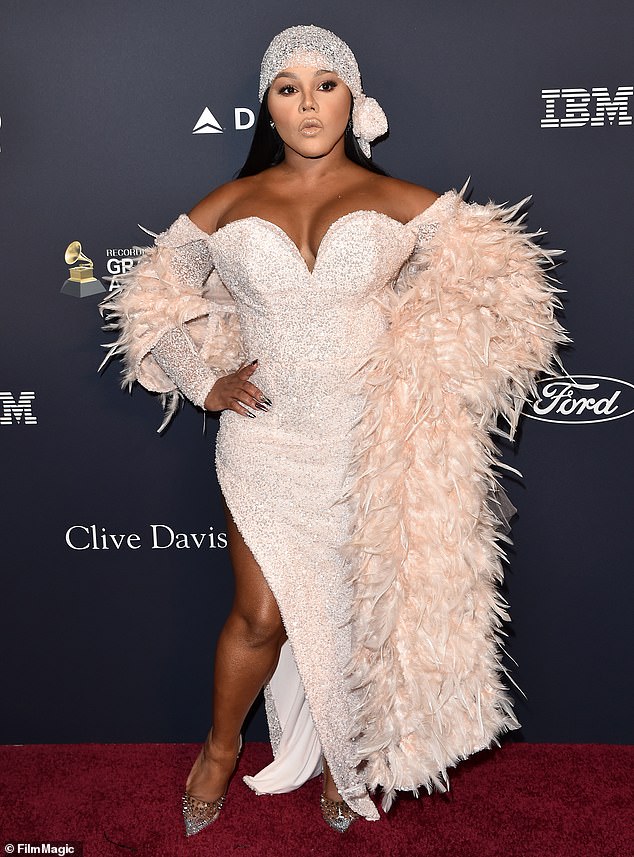 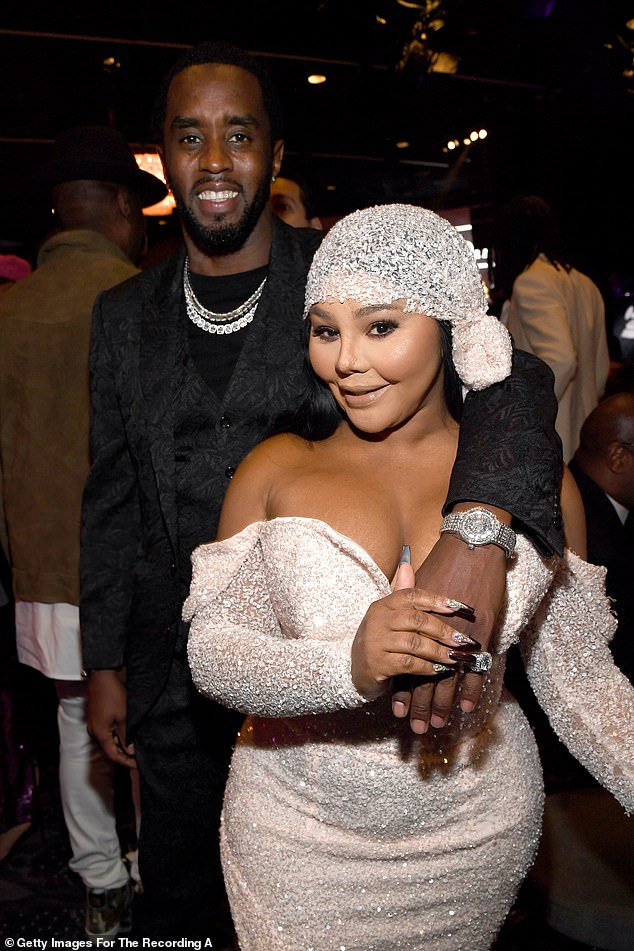 Longtime friends: Lil Kim headed out for the evening to show support for the gala’s honoree Sean ‘Diddy’ Combs

On Saturday evening, Lil Kim graced the red carpet – and the stage – during the annual Clive Davis pre-Grammy gala in Beverly Hills.

Kim showed up to honor Combs for the evening in an outfit that could have derived straight from the pages of The Great Gatsby.

She slipped her 4foot11inch frame into a beaded off-white mermaid style gown with matching Flapper cap. 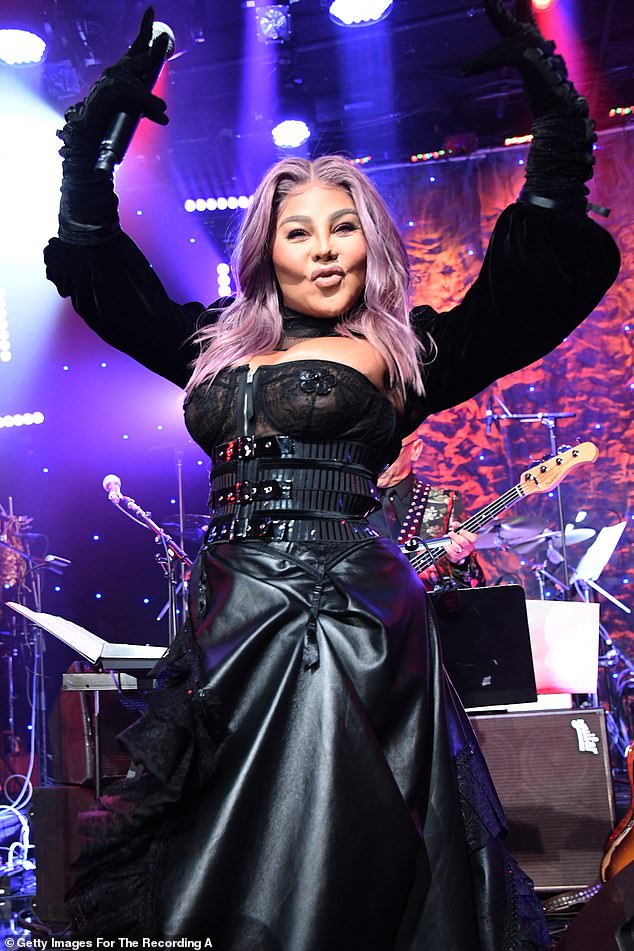 On your feet: The rapper got a standing ovation from none other than Beyonce during her performance at the Clive Davis gala

In typical Lil Kim fashion, she took the entire ensemble to the next level with a large blush toned boa.

Once inside, the festivities began, and the female MC shared the gala stage with singer Faith Evans.

She changed out of her Gatsby attire and transformed into a leather clad vixen for her highly-anticipated performance. 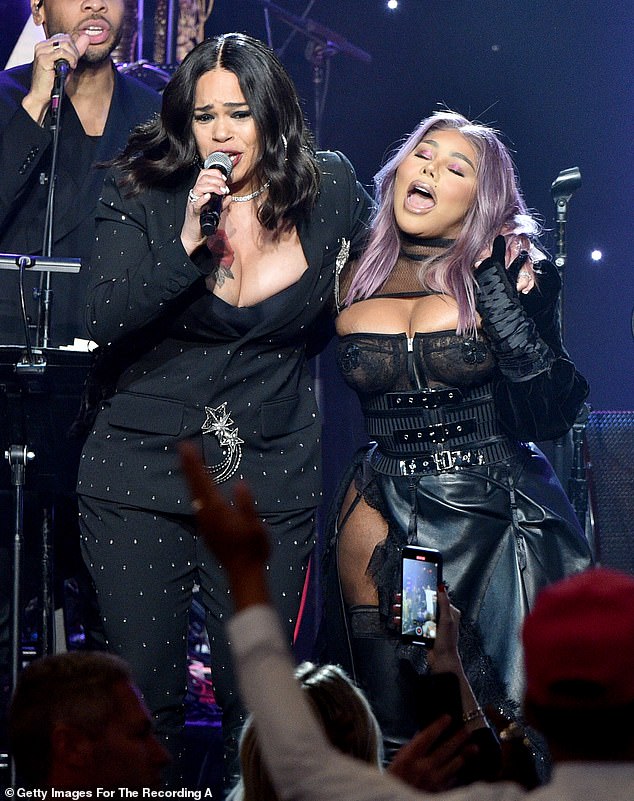 Have a little faith: Lil Kim shared the stage with none other than singer Faith Evans on Saturday evening’s gala