She is busy preparing for the upcoming series of Strictly Come Dancing.

And Lisa Armstrong proved that she is able to have fun with her fellow make-up artists as she shared a snap of herself rocking a new look onto Twitter on Saturday.

The make-up artist, 42, smouldered in the snap that saw her swapping her short platinum tresses for long mocha curls as she slipped on a seductive wig. 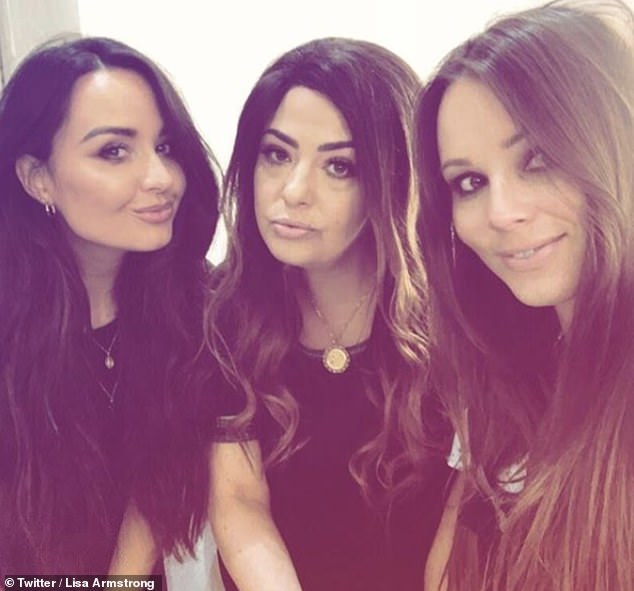 New look:  Lisa Armstrong, 42, proved that she is able to have fun with her fellow make-up artists as she shared a snap of herself rocking a new look onto Twitter on Saturday

Alongside the tweet, she penned: ‘The imposter!!!….#dobrunetteshavemorefun? #ifyoucantbeatthemcheat #wig #strictly xx.’

In the image Lisa donned the headpiece as she was nestled between her two colleagues and typed: ‘Spot the imposter…!!! ⁦#brunnettes #whohasmorefun #StrictlyComeDancing x.’

She also shared a sultry selfie that she wrote alongside: ‘The imposter!!!….#dobrunetteshavemorefun? #ifyoucantbeatthemcheat #wig #strictly xx.’

The former wife of Ant McPartlin pulled off the dark wig in the offering as she gazed up to the camera with a face of bronze make-up including glittering eye shadow and a peachy pout. 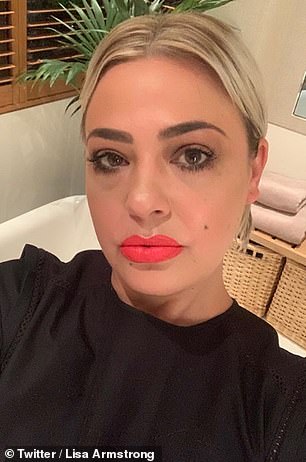 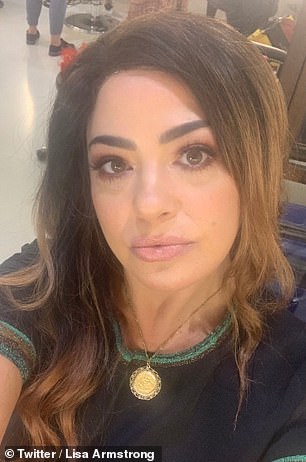 Change: The make-up artist swapped her short platinum tresses for long mocha curls as she slipped on a seductive wig

She could be seen wearing a black T-shirt that featured metallic piping along the neckline and sleeves.

Lisa completed her look with a large gold pendant attached to a dainty chain.

Her temporary new look comes as Lisa and 43-year-old Ant were recently said to have had a stand-off after she refused him entry to their former marital home.

The TV presenter is understood to have arrived at the west London property the couple formerly shared to collect some of his remaining possessions after arranging the visit through lawyers.

And she has since liked tweets which claim she was right to do so because it’s ‘her home’ as well as a post about toxic people not controlling her anymore.

An insider told the Daily Mirror Lisa was unaware that it was Ant himself who would be arriving to take the items from the house.

The source said: ‘Ant has a right to collect his possessions he left in the house two years ago.

‘The last time he was in the house was July, two years ago – before he went into rehab the first time. He just wants to collect his belongings at the agreed time.

‘It’s all pretty tiring now – he just wants to move on with his life. It’s obviously a very sensitive situation so Ant knows he has to do everything by the book.’

The source added it was ‘disappointing’ that Lisa did not let him in as the visit had been pre-arranged.

Ant released a statement in January last year that he and Lisa, who were married for 12 years, were to split.

The I’m a Celeb host and his teenage sweetheart had been together for 23 years and married in 2006 but announced the end of their marriage in January.

They were granted a divorce during a 30-second hearing at the Central Family Court in October.

They first met in Newcastle in 1994 before exchanging vows at a stunning country house in Buckinghamshire, in 2006. 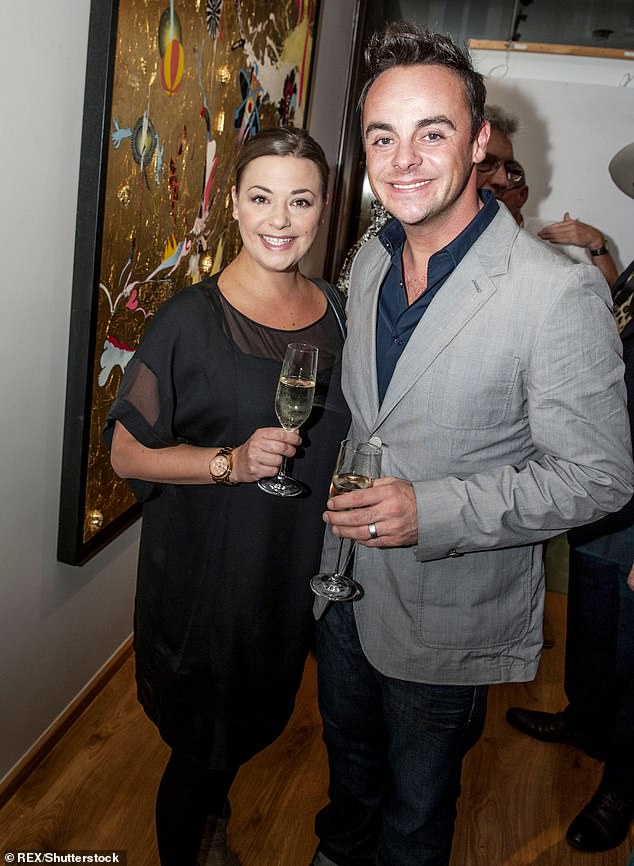 Happier times: Lisa and her husband of 12 years Ant McPartlin announced the end of their marriage in January last year (pictured in September 2013)