Love Island Australia’s first season has become a ratings hit in Great Britain, two years after it first aired Down Under.

And amid her second wave of notoriety, Erin Barnett has been forced to defend herself against judgmental Brits who are sending her harsh messages online.

The 25-year-old nurse shared a busty selfie to Instagram and reminded her critics that they were watching events from 2018. 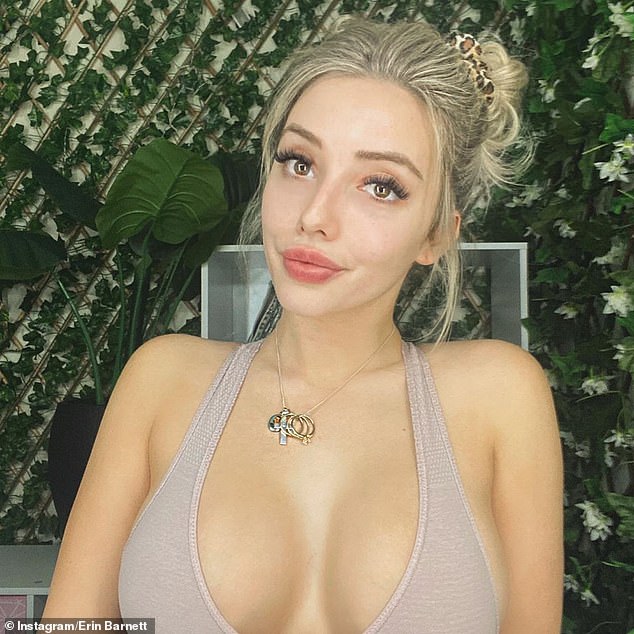 Slamming her critics: Love Island Australia’s Erin Barnett has told critics to ‘stop attacking’ her on Instagram as season one of the reality show airs in Great Britain

Erin added that she had done regrettable things in the past, just like everyone else.

‘We had cameras everywhere for your entertainment, so don’t you dare sit on your couch and start attacking us on social media for things we did or said,’ she wrote.

‘You are lying to yourself if you are saying you’ve never gone a bit OTT with your partner because of another girl/boy.’ 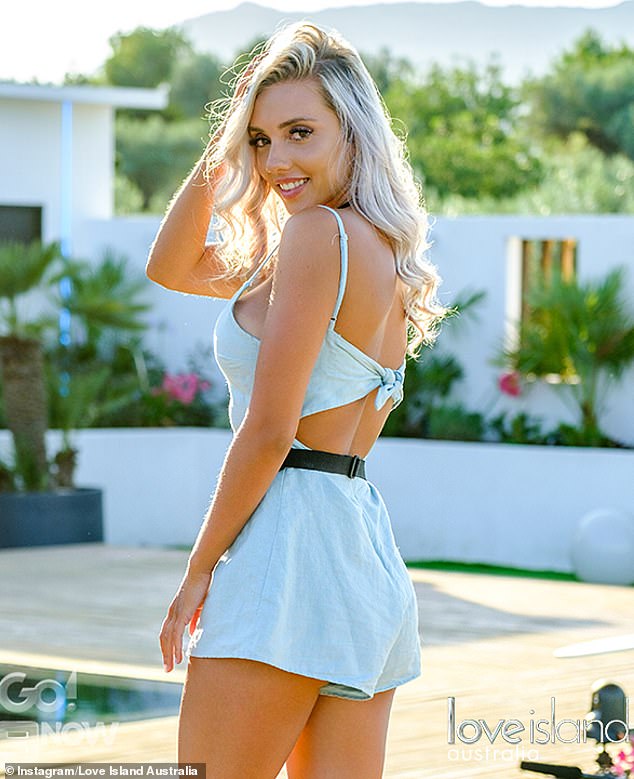 ‘We have well and truly moved on’: The 25-year-old nurse reminded her critics that they were watching events from 2018

Two years after filming Love Island, Erin is in a long-term relationship with a man named Mick Russell – and is even a stepmother to his children.

‘You have no idea how Mick has changed my life for the better. He makes me feel safe, secure and happy!’ she wrote.

Erin also thanked fans for showing their support and sending lovely messages as the show continues to air in Britain. 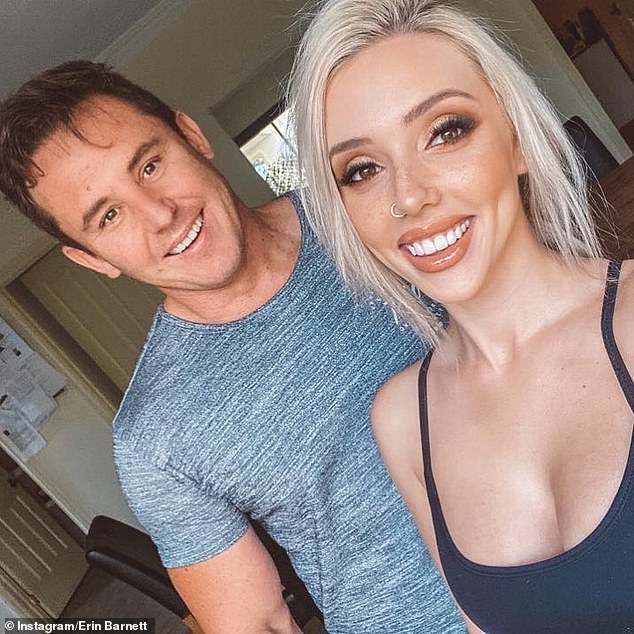 New start: Two years after filming Love Island, Erin is in a long-term relationship with a man named Mick Russell (left) – and is even a stepmother to his children

‘Enjoy the show in your lounge room and when the episode ends, leave it there. Don’t attack us on Instagram… We have well and truly moved on,’ she concluded.

In 2018, Erin was coupled up with now ex-boyfriend Eden Dally on Love Island and they made it to the grand finale together.

But they missed out on winning the show and the $50,000 cash prize, which went to Grant Crapp and Tayla Damir instead. 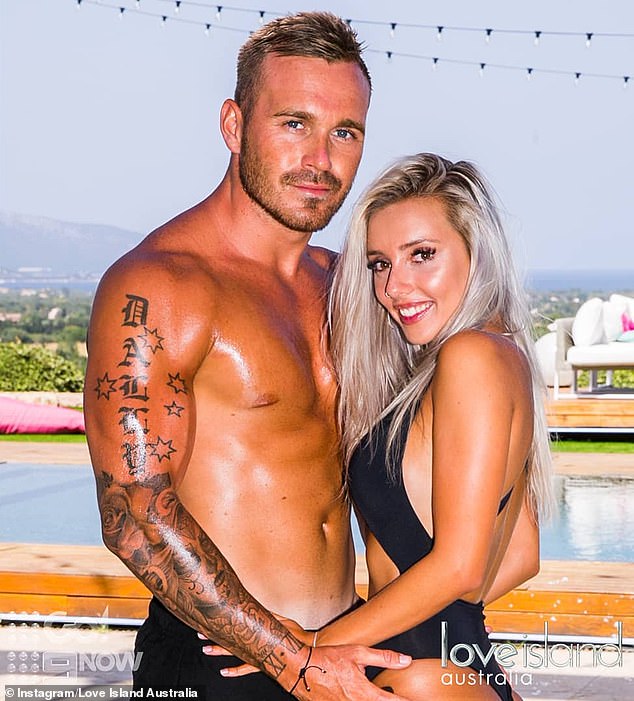 Former flames: In 2018, Erin was coupled up with now ex-boyfriend Eden Dally (left) on Love Island and they made it to the grand finale together