The DJ, 37, won’t be returning to her Sunday show after the current series of Love Island concludes in August.

Her self titled programme has been running for four years and according to The Sun, Laura is keen to make the most of becoming a household name on TV following the exposure it’s given her. 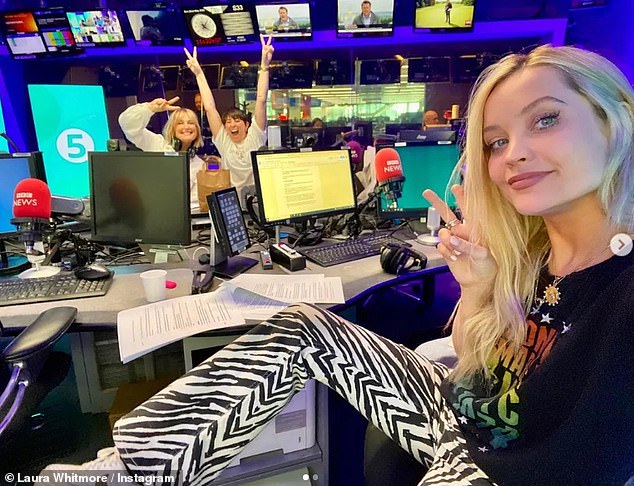 Hanging up the headphones: Love Island host Laura Whitmore has quit her BBC Radio 5 Live presenting gig, with sources claiming she plans to focus on her TV presenting work

Heidi Dawson, controller of BBC Radio 5 Live, told MailOnline: ‘Laura has made the difficult ­decision to leave after a brilliant four years.

‘We’d like to thank her for the energy, insight and humour she has brought to this programme and look forward to ­working with her again in the near future.’

A TV insider also told The Sun: ‘Love Island has given her huge exposure and a healthy pay packet, and she’s now going to exploit that to the max. 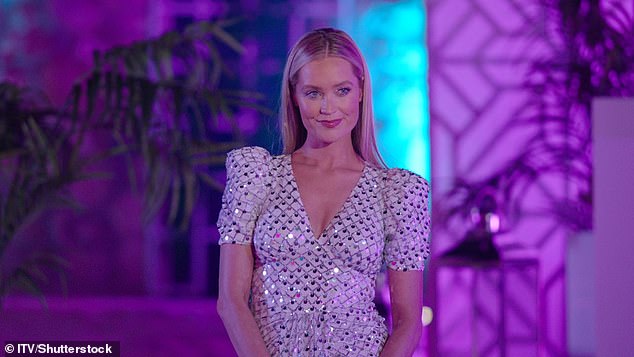 Exciting: The presenter is keen to make the most of becoming a household name following the exposure presenting Love Island has given her (pictured hosting the show in Tuesday)

‘Laura has already hinted she has other projects in the pipeline and she can’t find the time to continue with all her roles.

‘So something had to go, and it’s sad for listeners that this is what’s been jettisoned as she moves onwards and upwards.’

The Irish star, who is married to and has a daughter with Love Island ­narrator Iain Stirling, launched her weekly programme in 2018.

She started fronting the hit dating show in 2020, followed by a contract from Nintendo to feature in one of their ads and a captain role on ITV2’s now-cancelled Celebrity Juice. 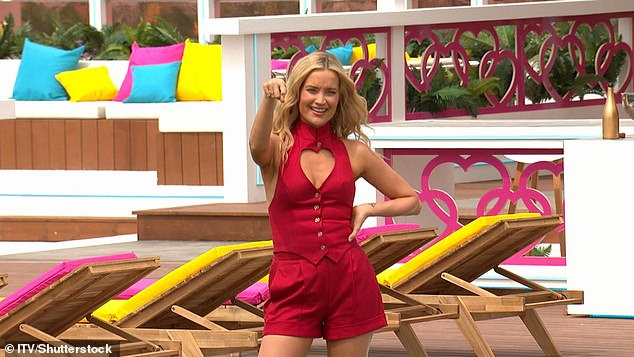 Missing host: Last month it was reported that Lauren had appeared in just 14 minutes of Love Island this series despite earning a rumoured £600,000 to host the show

Last month, The Sun revealed that during a combined 27 hours of Love Island footage on screen, she has only ­featured for 14 minutes — that’s despite the fact she is reportedly paid £600,000.

The star has since made several more appearances on the show, including to host the post-Casa Amor recoupling.

Laura’s absence did not go unnoticed by fans, with one taking to Twitter to ask: ‘Where is Laura Whitmore??? Surely she isn’t gettin paid for this gig #LoveIsland.’

One other person queried: ‘Where the hell is Laura Whitmore? What does she get paid for?? #LoveIsland.’ 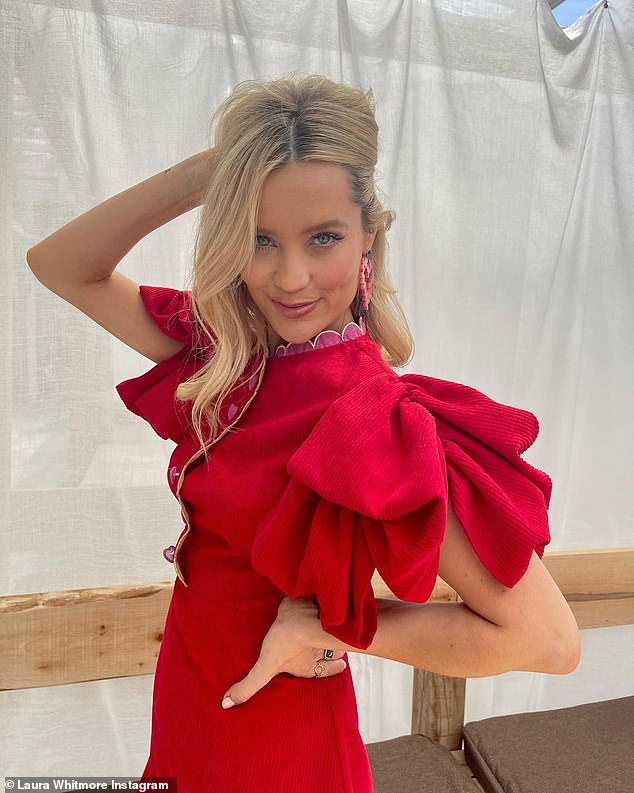 Out of sight? Last month it was reported that during a combined 27 hours of Love Island footage on screen, she has only ­featured for 14 minutes

‘We haven’t seen Laura since the first episode, where is she?’, asked another viewer.

While someone else posted: ‘So um where is Laura Whitmore? Doesn’t she like this show? #LoveIsland.’

And another audience member asked: ‘Where is Laura? All of this texting looks stupid #loveisland.’ 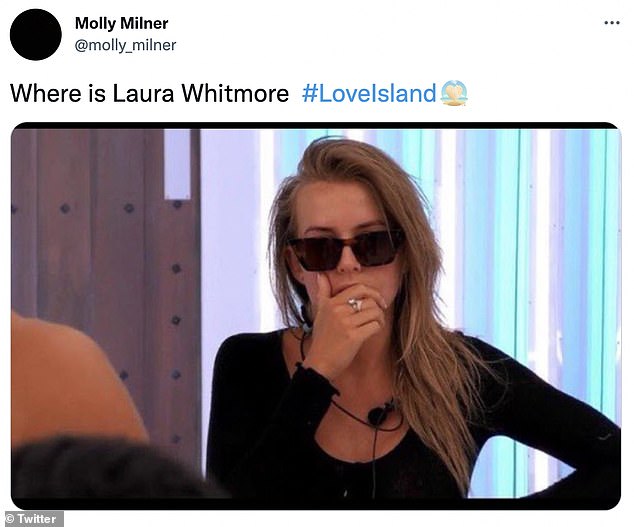 A Love Island spokesperson said: ‘As regular viewers of Love Island will know, the host has never appeared in every episode of the series. As always, Laura’s next arrival will be a surprise to the Islanders and viewers alike.’

MailOnline contacted a representative for Laura for further comment at the time.

In addition to the main show, Laura also hosts Aftersun on ITV2 every Sunday.

The Irish presenter previously took to TikTok to share a short clip addressing comments she frequently receives about her job – before the start of this year’s series. 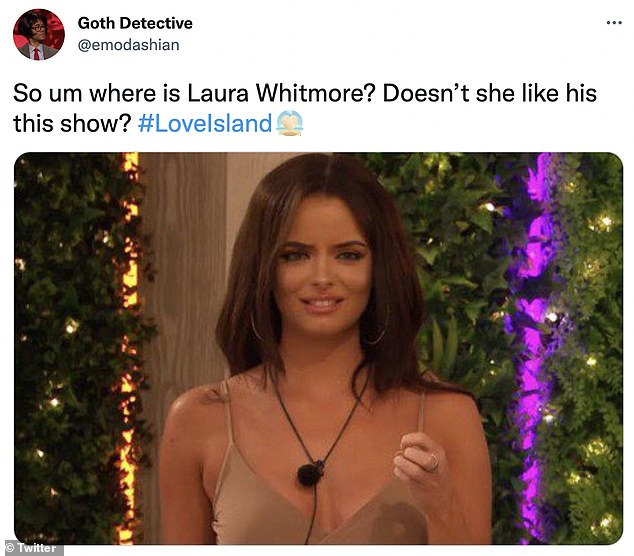 Anyone there? Laura’s absence did not go unnoticed by fans, with one taking to Twitter to ask: ‘Where is Laura Whitmore??? Surely she isn’t gettin paid for this gig #LoveIsland’

She touched on what she is paid for hosting Love Island, as one online comment said: ‘Laura has the easiest job on the telly! She gets paid £50k a minute. It’s an outrage!’

Referring to her husband Iain Stirling who narrates Love Island, the host said: ‘Firstly, Iain has never had attention on money he earns. Why don’t we like women earning money?’

It comes after it was announced Love Island will return for two new series in 2023.

The hugely popular ITV2 dating show will be back for a special winter edition in January before the main summer season airs just a few months later from the beloved villa in Majorca.

Paul Mortimer – Director of Reality Commissioning and Controller, ITV2 – said: ‘Love Island has once again proved itself to be the nation’s favourite talking point across the summer, and we’re always blown away by the show’s ongoing impact and talkability amongst our younger audience. 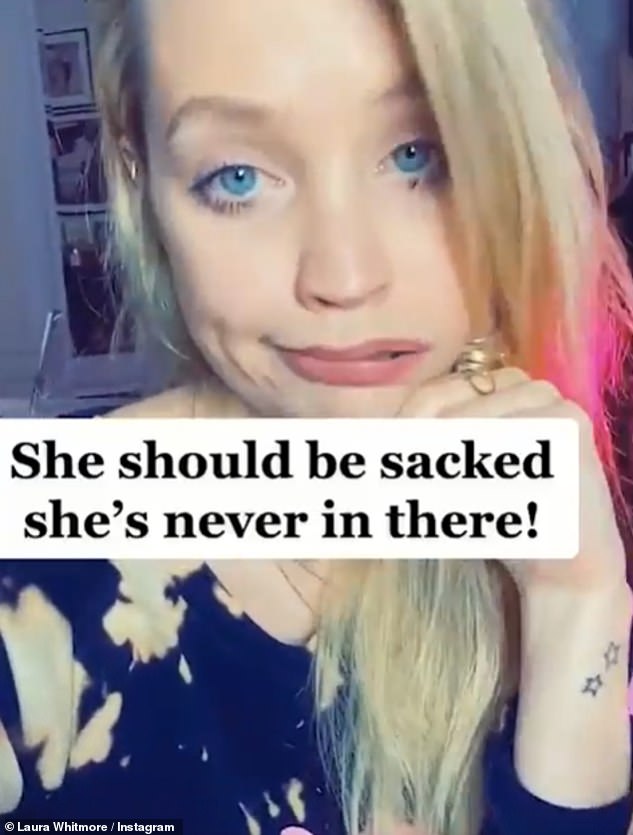 Trolls: Laura Whitmore has hit back at fans who call her ‘dull’ and say she is ‘too old’ to be the host of Love Island