Love Island SPOILER: Is this the moment Curtis FINALLY chooses Maura over Francesca? (But is it all too little too late?)

He’s been conflicted over whether or not to pursue a romance with ring girl Maura Higgins or boutique owner, Francesca Allen.

In an upcoming teaser for scenes set to be shown on Monday’s show, Curtis appears to have finally made up his mind. 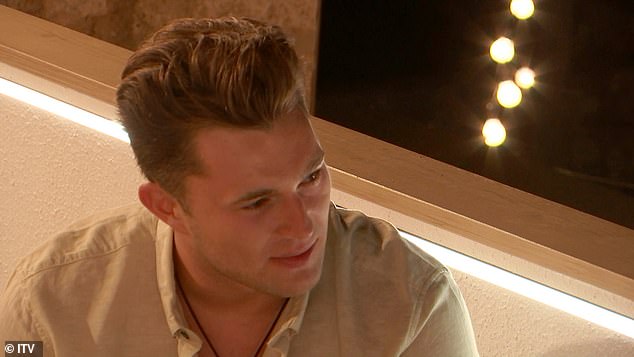 Love Island SPOILER: Is this the moment Curtis FINALLY chooses Maura over Francesca? Ballroom dancer decides to admit his feelings – but is it too little too late?

But will it all be in vain as Maura, 28, appears to have grown tired of waiting for him?

This all comes after Maura said she needed him to make up his mind soon, because when she is done, she is done.

Speaking to the girls on the day beds, Maura says: ‘I’m going to have to talk to Curtis and tell him that I want a decision. I’m not waiting any longer.’ 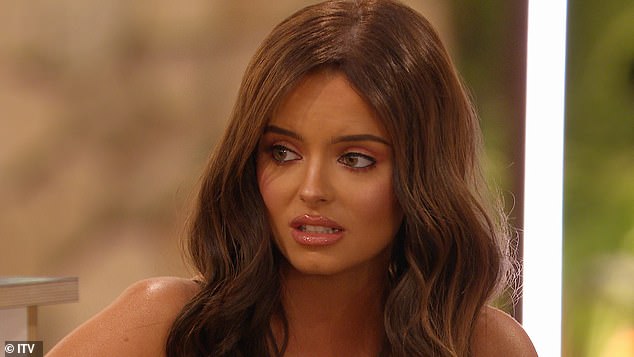 Anna says to Maura: ‘He knows you enough to know if he just wants to get to know you and only you.”

Later that evening, the pair head to the terrace for a chat. Maura says: ‘You’ve got a decision to make. You’ve had a long time.’

Curtis replies: ‘I’ve felt myself being drawn closer and closer to you. You look absolutely gorgeous. There are so many reasons why I would want to move things forward with you.’ 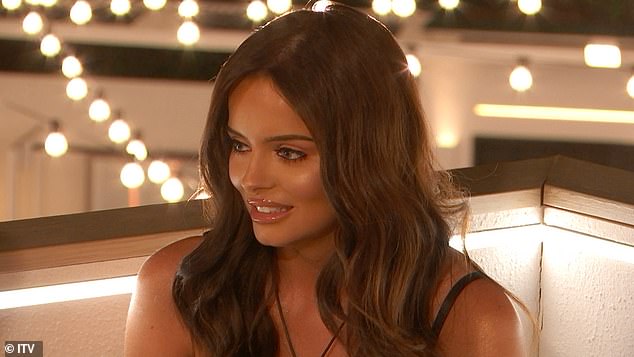 Will it work out? Maura has been trying to woo Curtis ever since he split from his ‘half-girlfriend’ Amy and she told him that she was interested in him romantically

Maura has been trying to woo Curtis ever since he split from his ‘half-girlfriend’ Amy Hart, 26, and she told him that she was interested in him romantically.

Amy then left the show for the sake of her own mental health as she admitted she wasn’t ready to see the boy she fell in love with move in with someone else.

Curtis then went on a date with newcomer Francesca, 23, and decided he wanted to get to know both her and Maura.

Francesca chose Curtis at the recoupling and Maura was seething with jealousy because they get to share a bed together, while she sleeps next to them.

Maura then asked Curtis to massage her in front of Francesca, leading the girls to compete even more for his affections.

Curtis has said he hasn’t been able to decide which girl he wants to date properly as he is keen not to break anyone’s heart as he did Amy.

But all along he has been aware that if he didn’t make a decision soon, he could end up losing both ladies – has he now lost all his options?

Love Island continues on Monday at 9pm on ITV2. 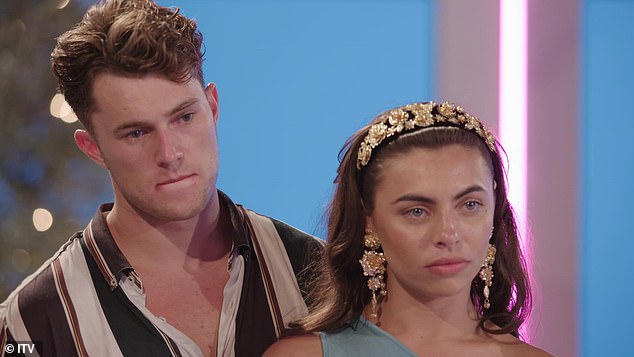 Nose out of joint: Curtis was previously coupled up with newbie Francesca who also fancies him