They have been plagued by romance rumours from fans despite frequently insisting that their relationship is platonic.

But Love Island’s Chris Taylor and Maura Higgins did little to halt speculation after sharing a cheeky kiss on camera.

TV personality Chris, 30, shared a clip of them kissing on his Instagram account on Thursday, while they took part in the ‘kiss your best friend TikTok challenge’. 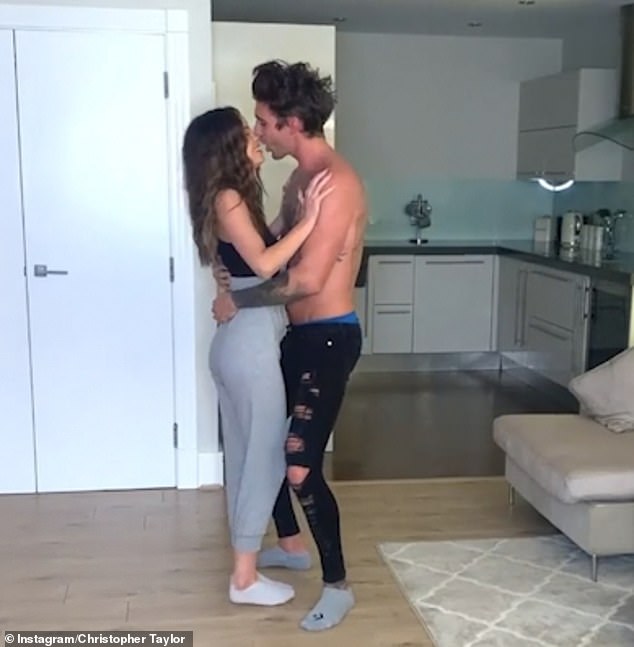 Kiss: Love Island’s Chris Taylor and Maura Higgins did little to halt romance rumours after sharing a kiss on camera on Thursday in the ‘kiss your best friend TikTok challenge’

In the steamy video, the former Love Islander was seen pulling Maura, 29, off the sofa as he tried to persuade her to take part in the video with him.

But Chris took things up a notch as he whipped his t-shirt off before lifting his pal over his head for a Dirty Dancing lift – which was repeated shirtless by Ryan Gosling in Crazy, Stupid Love.

When he slowly lowered the brunette beauty back to the ground, he leaned in for a quick peck on the lips, only to have Maura smile and seemingly bat him away.

However, at the end of the video, Maura seemed to lean back in for another kiss after apparently rejecting Chris’s initial advances during the challenge. 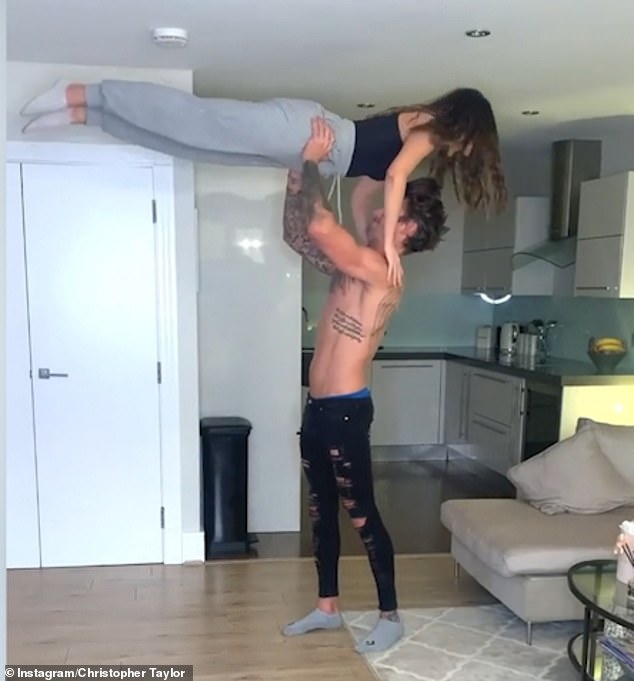 Steamy! The Love Islander, 30, whipped his t-shirt off before lifting Maura, 29, over his head for a Dirty Dancing lift – which was repeated shirtless by Ryan Gosling in Crazy, Stupid Love

But the video was cut short, leaving fans on the edge of their seats as they continue to hope for a blossoming romance between the former Love Islanders.

‘probs shouldn’t have lunged in fairness If anyone’s confused about why I took my top off…go watch Crazy, Stupid Love immediately #kissyourbestfriendchallenge’ (sic)

An unimpressed Maura hilariously commented on the video: ‘Stop trying to kiss your best friend’ (sic)

While other former Love Island stars, including Joe Garratt, Georgia Steel and Laura Anderson, quickly flocked to express their shock and ‘love’ for the adorable clip. 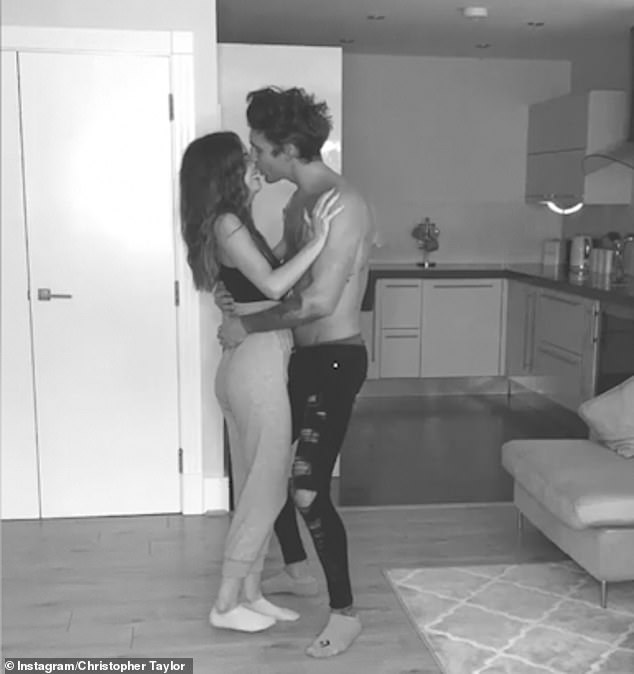 Rejection: When Chris slowly lowered the brunette beauty back to the ground, he leaned in for a quick peck on the lips, only to have Maura smile and seemingly bat him away Peck on the lips: But at the end of the adorable video, Maura seemed to lean back in for another kiss after apparently rejecting Chris’s initial advances during the challenge

But fans could not help but notice Maura seeming to come back to kiss Chris at the end of the video, causing even more speculation about a budding romance.

One excited fan wrote: ‘Looked like she went to kiss you back!’

While another penned: ‘How can you cut it off like that bro , we all saw her go back in for that kiss you can’t fool us’

And a third simply commented: ‘She definitely came back to kiss you.’

It comes after the pair have dealt with floods of rumours that they are secretly dating, despite insisting that they are just close friends. 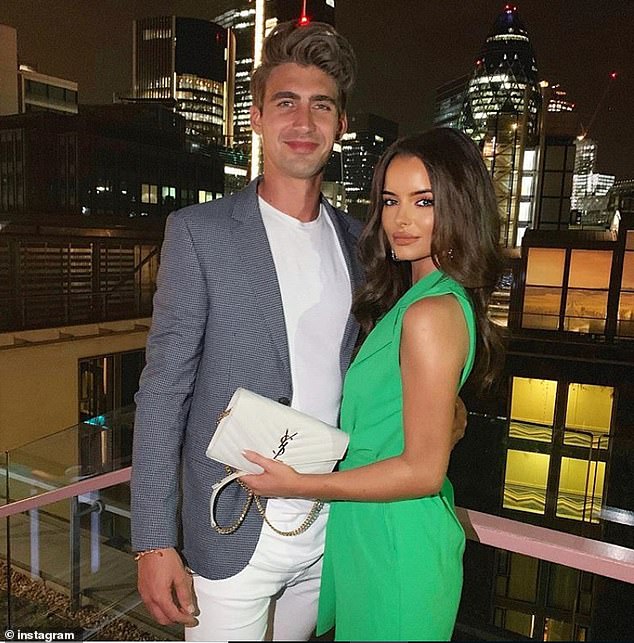 Friends: The pair first met on season five of Love Island, with Chris exiting the villa without finding love and Maura leaving the show alongside Curtis Pritchard

Previously speaking to MailOnline, Maura insisted that her relationship with Chris is strictly platonic.

She continued: ‘Chris is one of my best friends. A lot of people have said we’re dating but it’s only because we get on so well.

‘We click and have the same banter. We got on so well in the villa but I don’t think our friendship was shown at all.

‘A lot of people assumed we got friendly outside of the show but that wasn’t the case – we clicked straight away.’

But they were the centre of more speculation after the pals appeared on Love Island: What Happened next last month.

Speaking during a confessional, Maura admitted she regularly gets asked about their relationship, and said: ‘I get so many messages about me and Chris!’

Chris added: ‘We get on really well, similar personalities and banter… I think finding someone you can be yourself with is really rare.’

While the former grid girl joked: ‘Some day we might be friends with benefits, who knows!’

The pair met on season five of Love Island, with Chris exiting the villa without finding love and Maura leaving the show alongside Curtis Pritchard.

Maura went on to date the professional dancer, 24, for eight months before calling time on their romance earlier this year. 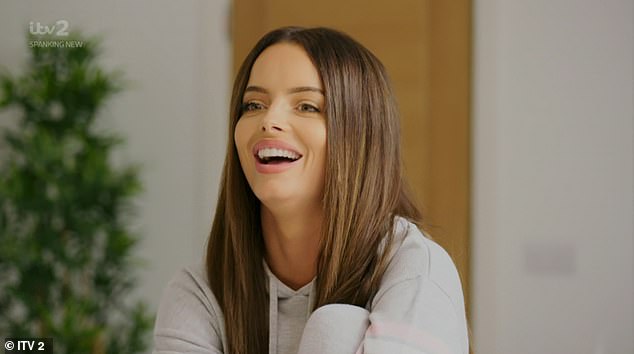 Cheeky! Maura and Chris appeared on Love Island: What Happened next last month, where the former grid girl joked that one day they ‘might be friends with benefits, who knows!’

The former couple had only made their romance ‘official’ in October 2019, meaning they were in a committed relationship for just 20 weeks in total.

The pair split amid claims Curtis was unfaithful with fellow professional dancer Amber Pierson, who he later had a brief romance.

And it has recently been reported that Maura’s Love Island ex Curtis is to take part in the next series of Celebs Go Dating.

But Maura won’t be forced to watch the E4 show hiding behind her hands, as after seven months she’s fully over him.

Maura told MailOnline this week: ‘I wouldn’t purposely avoid watching it. We have been broken up a while now, there’s no hard feelings. I wish him all the best on it.’ 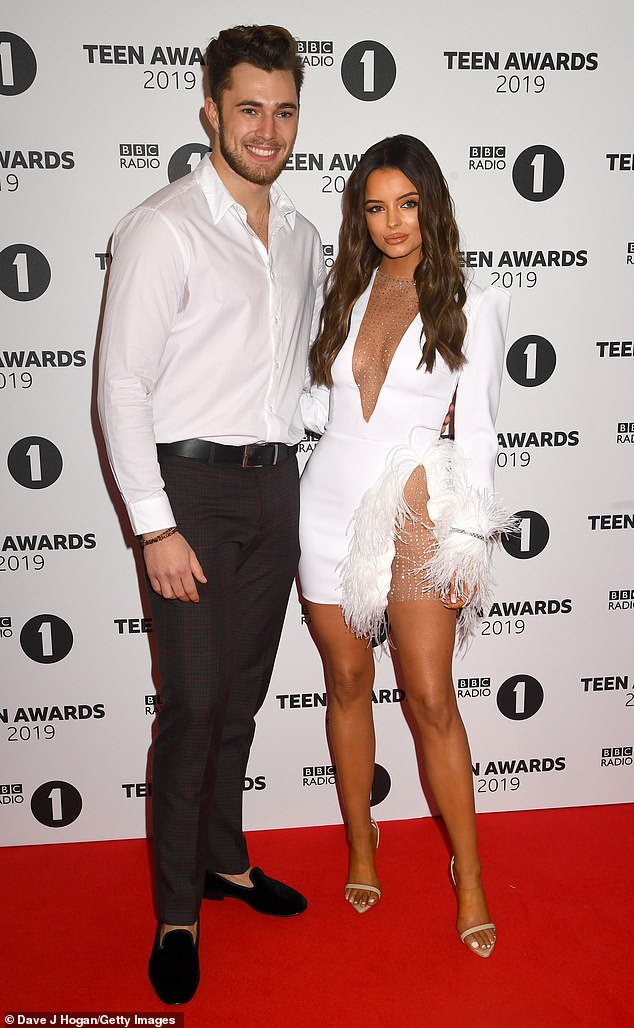 And last month, Maura was photographed on a date night with Underworld actor Bradley James, 37.

Despite their closeness in the pictures, Maura confirmed to MailOnline earlier this week that she is still single.

She said: ‘I am still single. I did get back into the dating scene, which was good.

‘But now obviously we have hit lockdown so I’m not sure I’ll be doing that again for a while. It’s just not my time! It was enjoyable to be fair but everything happens for a reason, we’re in lockdown for a reason.’

Maura has been single since March and claimed early last month she was still celibate after finding it impossible to date in lockdown.