Joanna Chimonides has hit out at Michael Griffiths after learning he kisses Amber Gill in Thursday’s show.

The reality star, 22, branded Michael a ‘snake’ and firmly ruled out the possibility of reuniting with the firefighter, 27, whom she says is playing a game.

In Thursday’s upcoming episode, Michael tells Amber: ‘I’m just letting you know that yeah I do still like you’ – in a chat that comes shortly before he chooses to kiss her during a challenge. 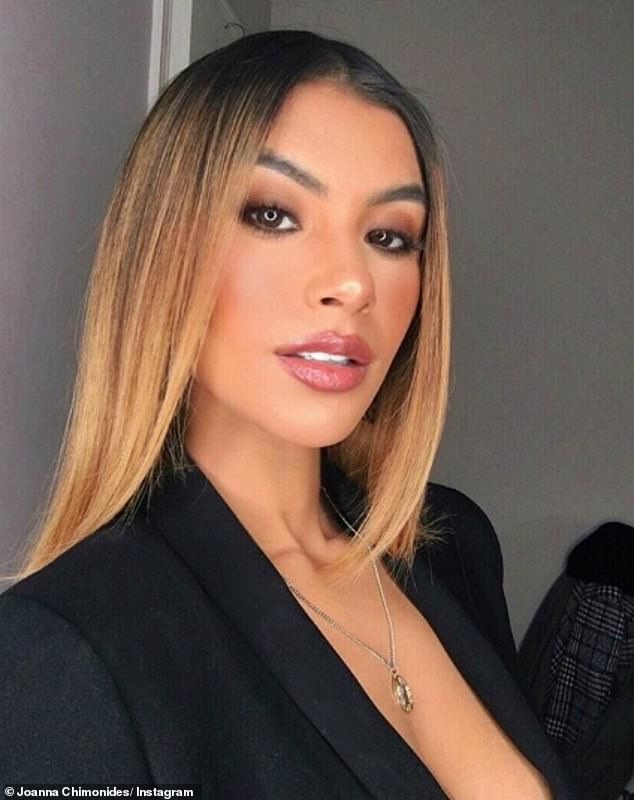 Furious: Joanna Chimonides has hit out at Michael Griffiths after he confesses his feelings to Amber Gill, just two days after she left the Love Island villa

Joanna told The Sun: ‘I had a gut feeling something was still there but I never expected after just two days he would go straight back to Amber, I want to have a chat with him when he comes out – for me if he does go full steam ahead with Amber then it would be good to get things out of the way with him.

‘Now, he’s pointed the finger at me when I couldn’t move forward with him because I knew he wasn’t being honest, I told him it was best to communicate and tell people how you’re feeling.

‘It’s out of sight out of mind for him and that’s the theory he’s playing on, everyone had a go at me for calling him a snake but actually now they get why.’ 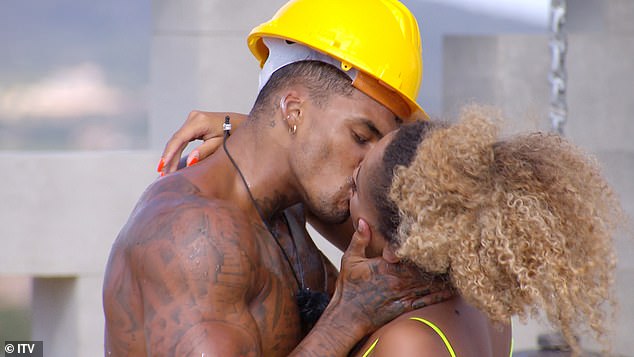 Back on? In Thursday’s upcoming episode, Michael tells Amber: ‘I’m just letting you know that yeah I do still like you’

Joanna went onto say if Michael had remained single in the villa, then she would have waited for him to see if they could pursue a romance in the outside.

But the firefighter’s sudden U-turn in regards to his feelings for Amber has left Joanna confused as to whether he is ‘playing a game’.

On Thursday’s show, Amber, 21, is left confused by Michael’s revelation, which comes shortly after she went on a date with new hunk Greg O’Shea and Joanna’s dumping.

She told Michael: ‘I don’t get it then, if you liked me the whole time, why did you do that?’

Following their chat, the boys compete to be named the villa’s buffest builder where they try to deliver the sexiest performance around a construction-style course.

As the boys are made to kiss the girls, Greg remains respectful and kisses Amber on the cheek, to which she says: ‘I wouldn’t have minded if Greg had kissed me!’

Michael however makes his intentions known as he grabs the stunner for an extremely passionate kiss – much to their shock. 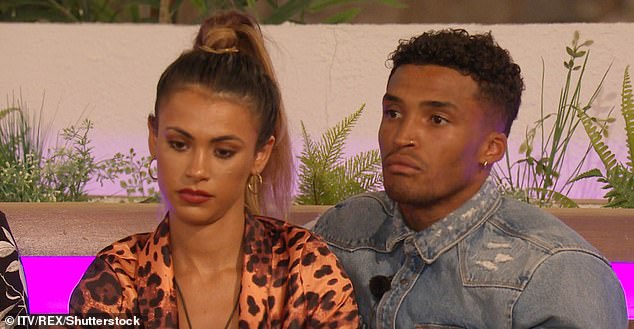 Shocked: Joanna said: ‘I had a gut feeling something was still there but I never expected after just two days he would go straight back to Amber’

Elsewhere, dumped Joanna defended herself against Michael’s claims she was ‘standoffish’ on Wednesday night.

During the latest episode of the ITV2 show, Michael laid into his now apparent ex and said he was the one putting all the effort into their relationship.

Watching at home after being dumped from the villa earlier this week, Joanna lashed out at the firefighter, before admitting it was ‘hard to watch’ him go crawling back to his former flame Amber. 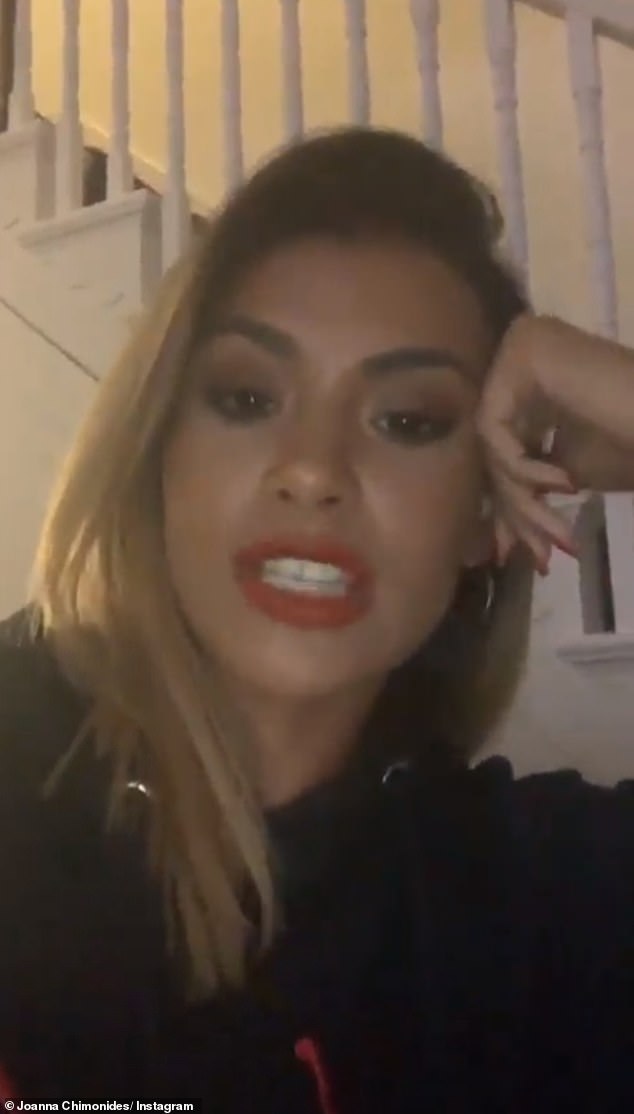 Tactical? The firefighter’s sudden U-turn in regards to his feelings for Amber has left Joanna confused as to whether he is ‘playing a game’

In an Instagram story, she said: ‘I’ve had to pause the TV. For me, being standoffish is me having respect for those in the villa because someone [Amber] is hurting in there. It’s hard for me to watch this right now. I’m not going to lie.

Later she went on: ‘In all honesty that was so hard for me to watch and right now I really don’t have any words. It’s so difficult.’

Joanna looked visibly shocked after she watched Michael tell Belle Hassan about how he really felt about his ex.

He said of Joanna: ‘She was standoffish. It was always me coming to chill with her. That’s what I’m thinking now.’

Love Island continues on ITV2 on Thursday at 9pm. 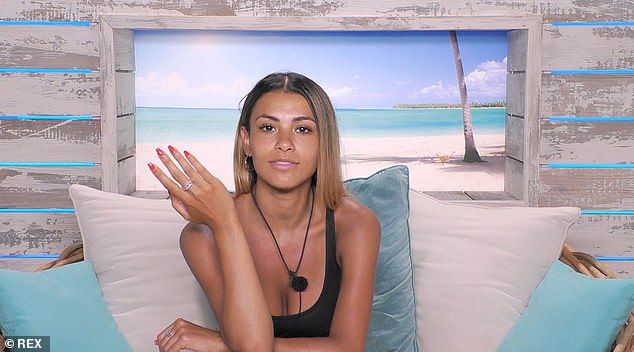 Hitting back: Elsewhere, dumped Joanna defended herself against Michael’s claims she was ‘standoffish’ on Wednesday night