She’s been happily coupled up with fellow former Love Islander Luke Mabbott since announcing their romance in July.

And Lucie Donlan looked sensational as she enjoyed a solo surf session in Newquay, Cornwall, on Thursday.

The reality TV star, 21, flaunted her sizzling physique as she ran along the beach and rode some waves in a berry coloured surfsuit. 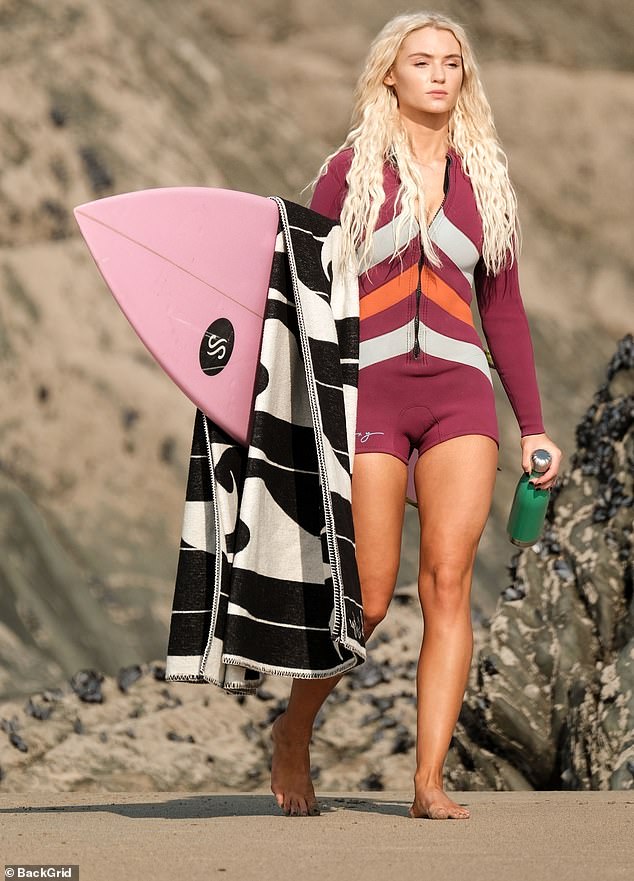 Hitting the water: Lucie Donlan looked sensational in a berry suit as she enjoyed a solo surf session in Newquay, Cornwall, on Thursday

Lucie appeared to be in good spirits as she toted her pink surfboard under one arm and headed down to the water.

She looked every inch the professional surfer in a berry suit with white and orange stripes which also boasted long sleeves and a long zip down the front.

The blonde beauty wore her long locks down and curly for the session on the water, letting them cascade over her shoulders.

Making sure to be prepared, Lucie also took a bottle of water and a patterned black and white towel with her for drying off after some surfing. 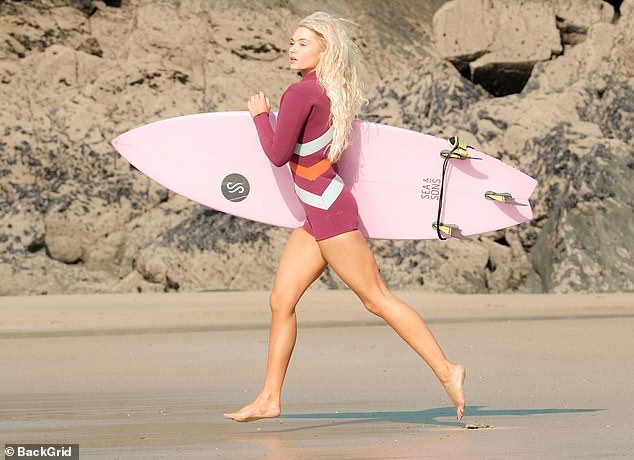 In action: The Love Island star flaunted her toned limbs as she ran along the beach while holding her pink surfboard under one arm

Lucie’s outing comes after she went public with her Love Island beau Luke Mabbott at the start of July.

Soon after the announcement, Luke branded the surfer his ‘partner in crime’ in a sweet social media post.

The former heating engineer and the model looked loved-up as they shared a hug on the beach during a romantic surfing trip in Yorkshire. 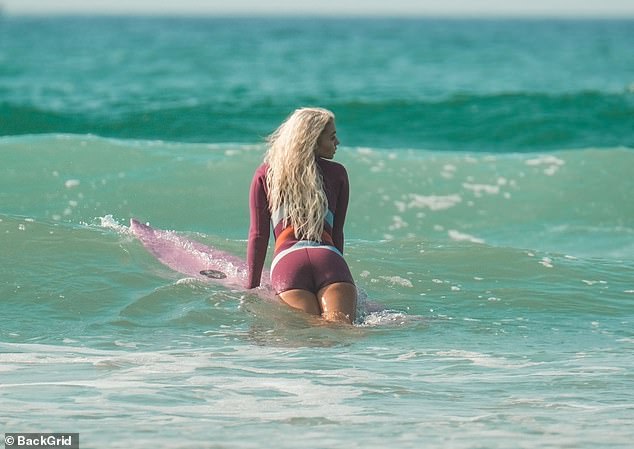 Expert: Lucie looked completely at ease on the water as she prepared to ride some waves 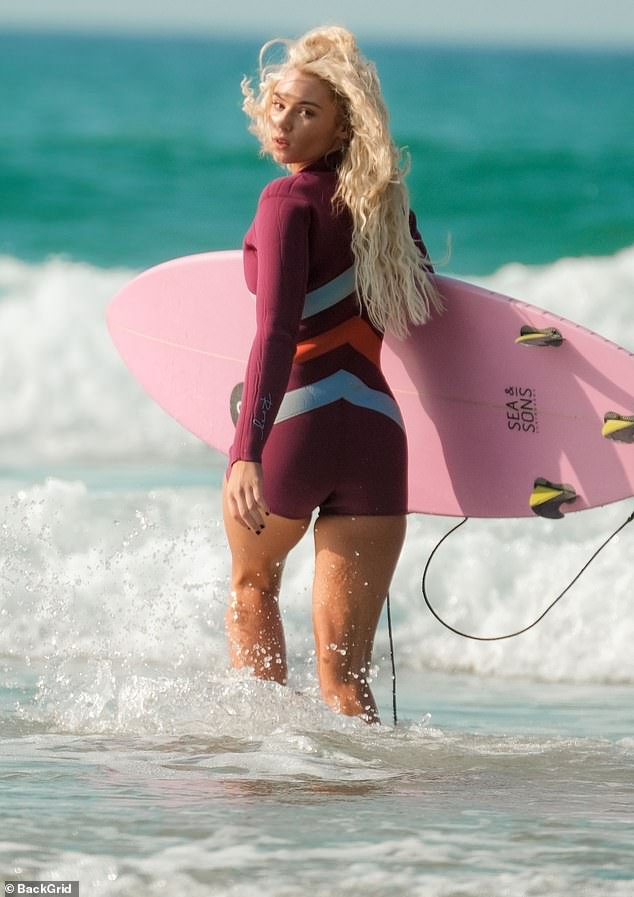 Sizzling: She wore her long blonde locks down and let them cascade down her back

Luke and Lucie sported matching wetsuits as they put on a cosy display in the image uploaded to the hunk’s platform, which he captioned: ‘My partner in crime.’

Just hours after going Instagram official, the Luke’s ex-girlfriend Demi Jones – who he was coupled up with on Love Island’s winter 2020 series – appeared to make a thinly-veiled dig at her co-star as she liked a tweet about being ‘better off alone’. 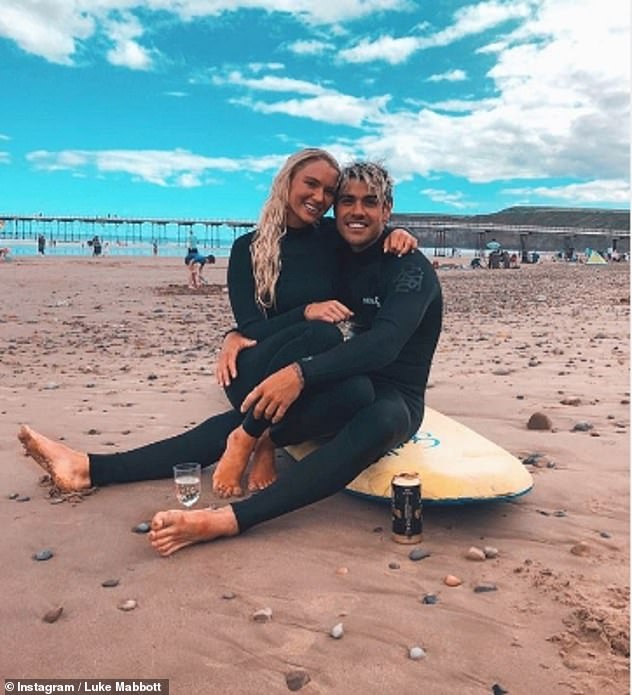 Going strong: Her outing comes after Lucie went public with Luke M in July, and soon after he branded her his ‘partner in crime’ in a sweet social media post

Covid vaccine priority for the elderly will save lives, extend life expectancy – study