Lucy Verasamy, 39, took to Twitter yesterday to warn her 161,000 followers that typhoon Hagibis in Japan was “one to watch” out for.

Sharing weather maps of the storm, she brought it to the attention of Rugby World Cup fans, writing: “One to watch @ITVSport @rugbyworldcup as a typhoon approaches #Japan.”

England’s game against France could be in jeopardy with risk of cancellation or postponement as the typhoon approaches Japan.

The match could potentially be moved to a venue further south, while Scotland’s quarter-final against Japan is also uncertain.

Rugby World Cup bosses are due set to address the situation at a press conference this morning at 4am BST.

In addition to the rugby tournament, the Japanese Grand Prix also faces interruptions due to the weather.

Last night, forecasts predicted the effects of the typhoon would be at their worst in Japan on Saturday, bringing high winds and heavy rain.

She forecasted clear skies for this morning, saying it would be “bright and breezy into new day [with] clear crisp conditions”.

“Sparkly sunshine before it’s all change from the West once more in the form of thickening cloud and outbreaks of rain,” she said of the afternoon 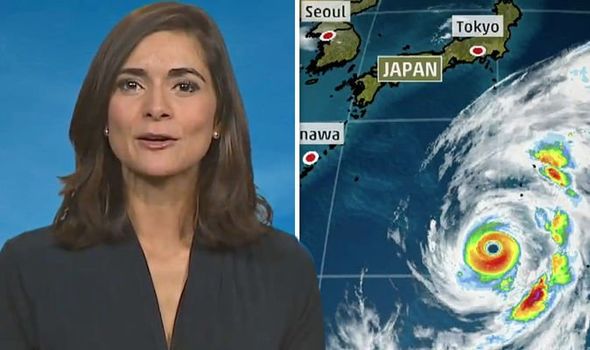 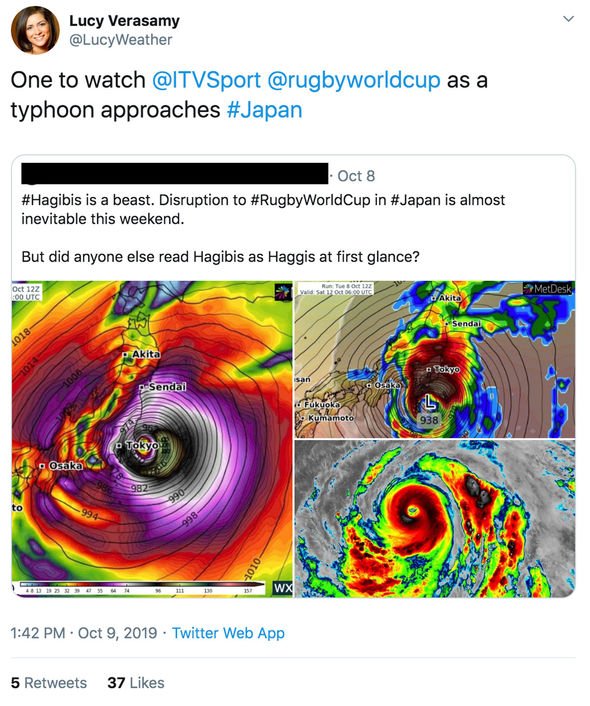 “Dull and damp moving through Northern Ireland and Scotland with some rain.”

Lucy predicted some sun and milder temperatures than yesterday for the South East.

However, she said the sunshine would be in “short supply” towards the end of the week as she looked at the forecast for tomorrow.

Elsewhere, ITV’s Lucy Verasamy recently revealed how she ended up in weather forecasting.

In an interview with The Sports Edit, the presenter said: “I did a week’s work experience at a private weather company that’s now the biggest in Europe and never left.” 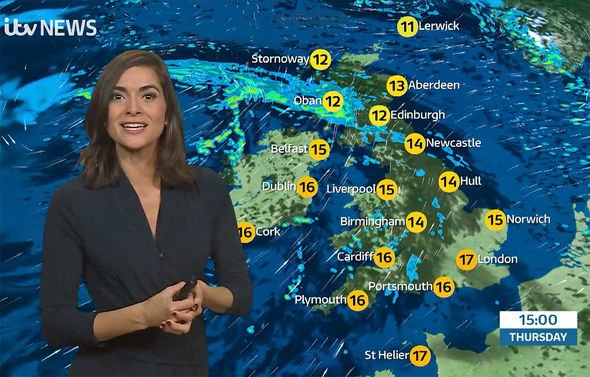 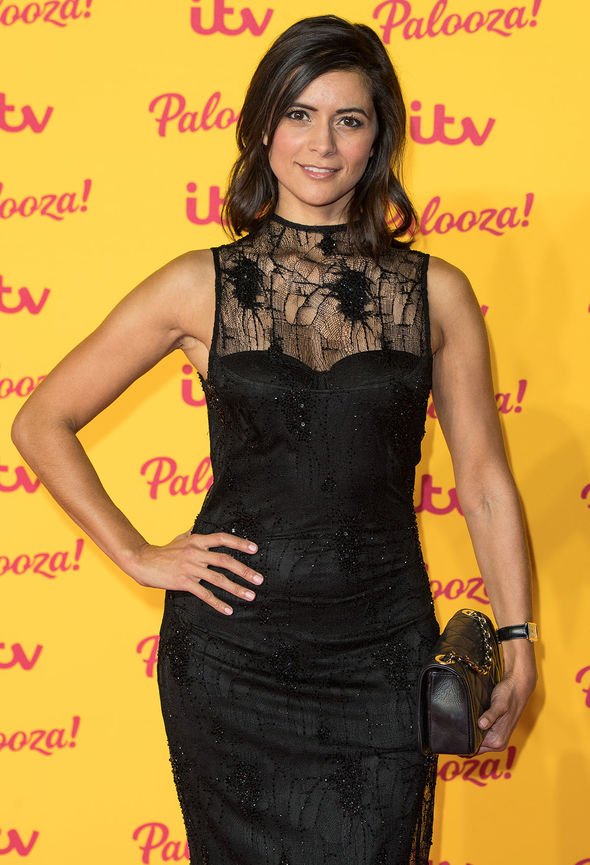 She also told the publication how the industry had impacted on her life, saying: “Hugely. [In] too many ways to describe!”

Lucy kickstarted her career as a meteorologist at the Press Association’s weather centre before moving to Sky.

She later began her time at ITV, where she is now known for her forecasts on ITV Racing, ITV Weather and Good Morning Britain.

In her recent interview, the brunette beauty opened up on her job, saying: “Each day is rarely the same working in weather and in a newsroom.

“It certainly keeps us on our toes.”