Mariah Carey once again pulled the ‘I don’t know her’ card with Jennifer Lopez as she shed light on how her divorce from former Sony Music CEO Tommy Mottola led to their feud.

While the story behind the feud is years old, Carey described efforts Mottola allegedly took to thwart the success of her 2001 movie Glitter and the film’s accompanying lead single Loverboy, which involved Lopez’s song I’m Real.

‘Much of what went wrong with Glitter led back to Tommy,’ Carey, 50, wrote in her new memoir, The Meaning Of Mariah Carey, according to an excerpt obtained by TooFab. ‘He was angry about the divorce and my departure from Sony, and he used all his power and connections to punish me.’ 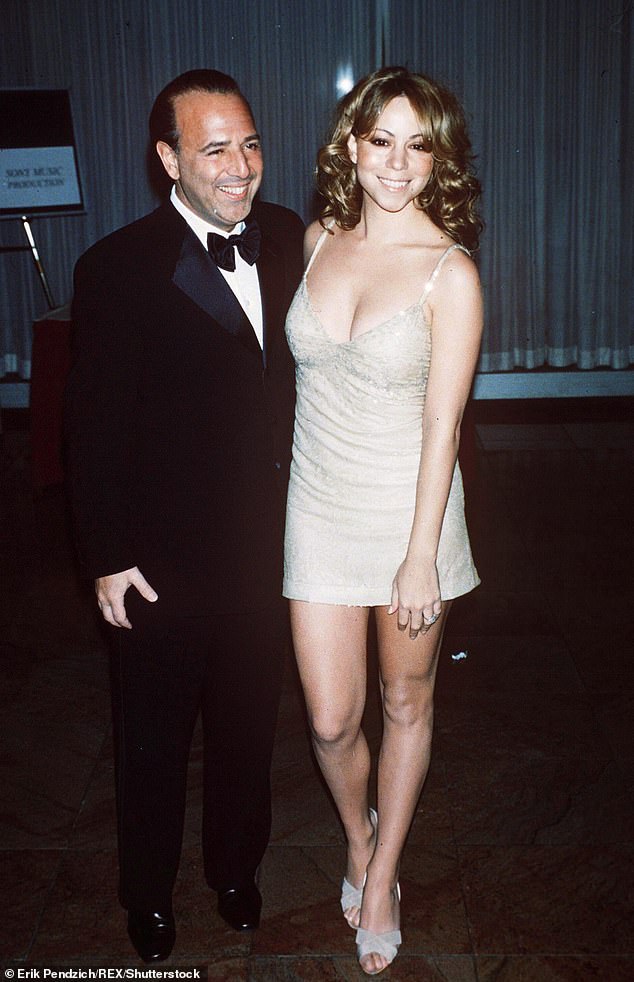 Who? Mariah Carey once again pulled the ‘I don’t know her’ card with Jennifer Lopez as she shed light on how her divorce from Tommy Mottola led to their infamous feud

Carey acknowledges the film wasn’t exactly award-worthy, but does partially blame the movie and soundtrack’s failures on her ex, whom she divorced three years before Glitter was released.

The singer accused Mottola ‘and his cronies’ of removing standees and other items promoting Glitter from record stores, in addition to interfering with the soundtrack.

‘Tommy was furious when I cut the strings he used to manipulate me,’ Carey wrote. ‘There was no way he would allow me to have a huge success after leaving him and Sony. He was not going to let me or Glitter shine.’

In addition, Carey claims Mottola ‘forbade’ her from appearing in films during their relationship, making him ‘feel like he was shrinking’ as her star continued to rise following their split. 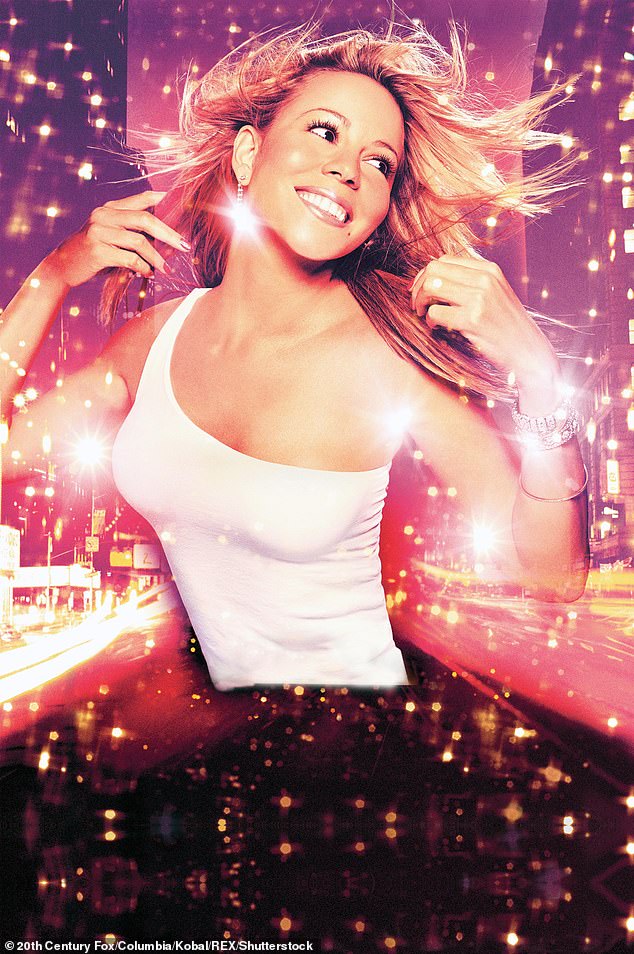 ‘He was not going to let me or Glitter shine’: Carey alleged her ex Tommy attempted to sabotage her film and song Loverboy 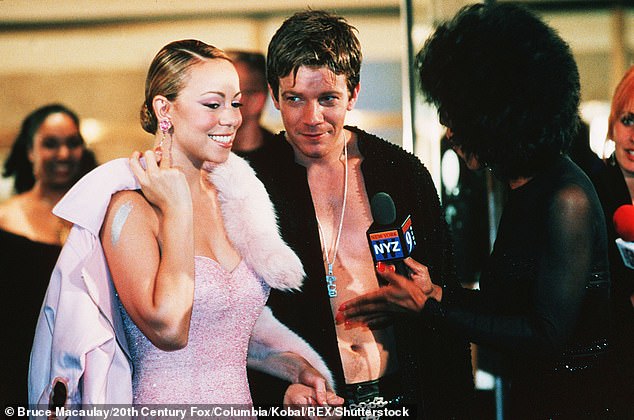 Popcorn: Carey acknowledges the film wasn’t exactly award-worthy, however she does partially blame the movie and soundtrack’s failures on her ex

Lopez became involved during the creation of Loverboy, which included a sample of the song Firecracker by Yellow Magic Orchestra.

JLo is never referenced by name, but Carey claims Sony rushed to make I’m Real and include a sample of Firecracker in it after learning the track had been used in Loverboy.

‘That did not go unnoticed by Sony executives (and spies),’ she wrote of using Firecracker in Loverboy. ‘After hearing my new song, using the same sample I used, Sony rushed to make a single for another female entertainer on their label (whom I don’t know).’

Carey also claims a song she was working on with Ja Rule was thwarted after Mottola intervened. 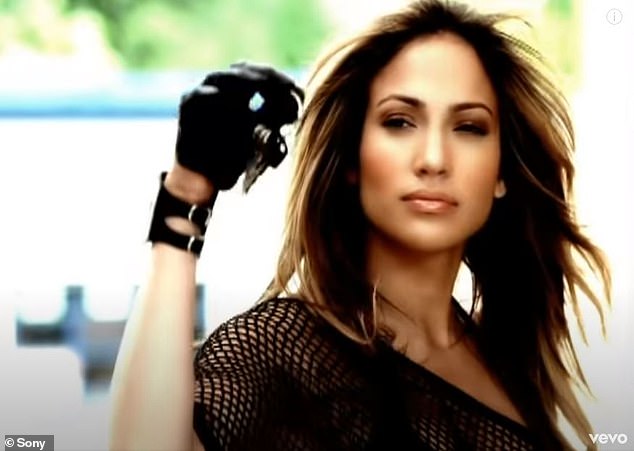 I don’t know her: While JLo was never referenced by name, Carey claims Sony deliberately rushed to create I’m Real to include a sample of Firecracker after learning Carey had used it in Loverboy 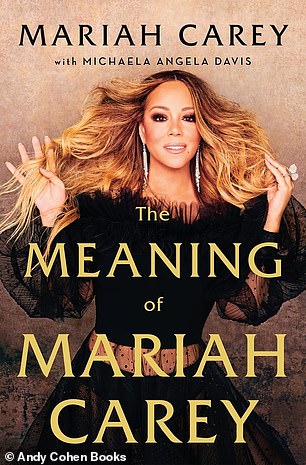 Ja Rule collaborated with JLo on I’m Real, but was initially working with Carey on a song before Motolla became involved.

Carey claims Mottola called ‘his manager Irv Gotti, asking him and Ja to collaborate on a duet for the same female entertainer’s record – leaving me to scurry and remake the song.’

Gotti has previously stated Mottola had indeed called him with the offer.

‘Ja wrote a song with him and Mariah singing back and forth on the title track,’ he told XXL in 2002. ‘I get a call from Tommy Mottola, who I have a great relationship with, and he’s like, “I need you to do me a favor. I want you to do this remix for Jennifer Lopez. I want you to put Ja on the record.” Immediately I knew what he was doing because we just finished the Mariah record.’ 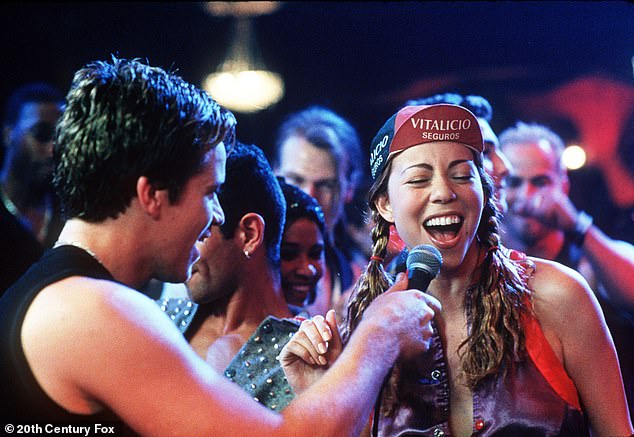 In the end, Loverboy included a sample of the Candy song Cameo, and it’s remix featured Da Brat.

As fans remember, Mariah famously replied ‘I don’t know her’ when asked about JLo.

This is not the first time Carey has opened up about the Loverboy/I’m Real controversy.

During an interview with MTV News in 2001, Carey spoke briefly about the alleged poaching – but did not name Lopez.

‘Let’s just say they did me a favor,’ she told the site. ‘And they know who they are. And thank you, sweetie. And your friend who did it with you!’ 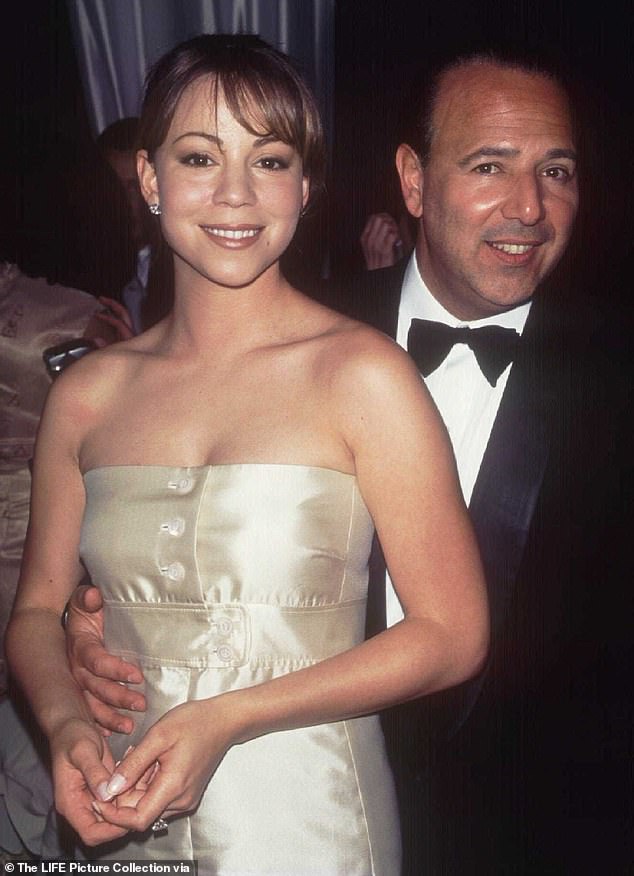 ‘They know who they are’: During an interview with MTV News in 2001, Carey spoke briefly about the alleged poaching – but did not name Lopez