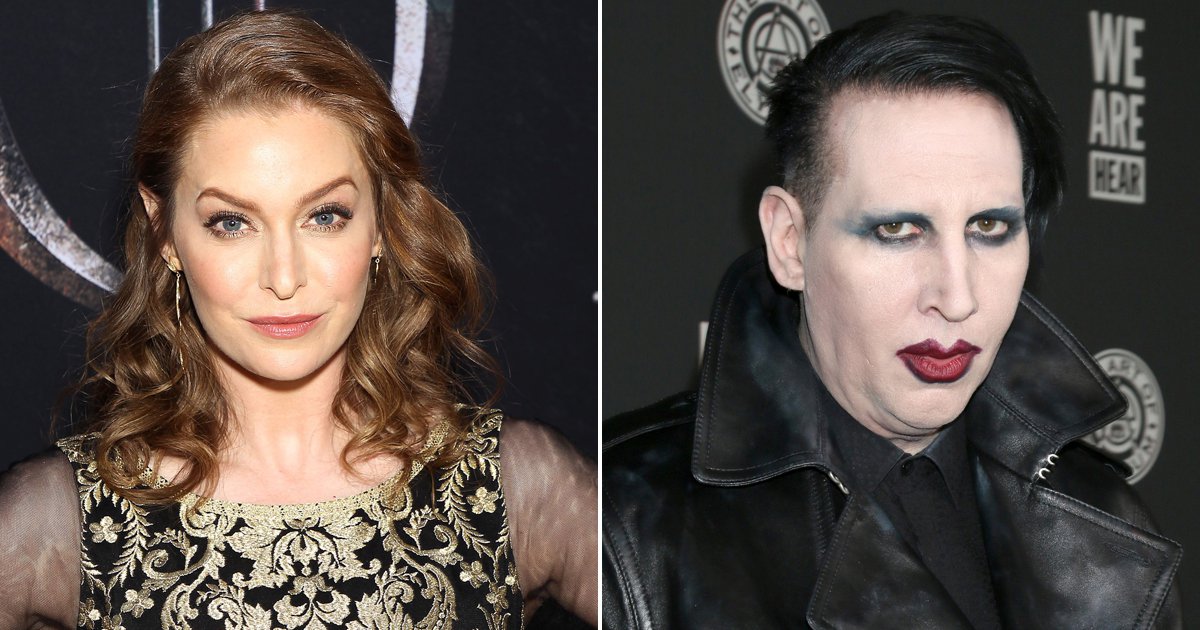 The British actress, who played Ros on the hit HBO show, and her legal team filed the complaint on Friday in the United States District Court for the Central District of California.

The legal filing claims that Manson, real name is Brian Warner, his former manager Tony Ciulla and Ciulla’s management company violated human trafficking laws by bringing Bianco from London to Los Angeles under the pretense that she would be acting in a music video that was never released and a film that was never made.

Earlier this year, the actress was one of more than a dozen women who made claims about the alleged abuse she suffered during her relationship with Manson when they were a couple in 2011.

In the new filing, seen by TMZ, Bianco reportedly made fresh claims stating she was ‘given drugs and alcohol and subjected to threats of violence and rape.’

The publication also claims that the document states Bianco ‘was tied to a prayer kneeler and beaten by Manson with a whip he told her was utilized by the Nazis.’

According to Rolling Stone, the lawsuit states: ‘Mr. Warner used drugs, force, and threats of force to coerce sexual acts from Ms. Bianco on multiple occasions. Mr. Warner raped Ms. Bianco in or around May 2011.’

It goes on to claim that Manson ‘committed sexual acts’ with Bianco at times when she was unconscious or unable to consent.

The lawsuit also listed the ways Biano claims Manson sexually battered her: ‘These acts include spanking, biting, cutting, and whipping Ms. Bianco’s buttocks, breasts, and genitals for Mr. Warner’s sexual gratification — all without the consent of Plaintiff.’

TMZ states that the actress also claims Manson electrocuted her, chased her around the home with an ax, and on another occasion ‘cut Ms. Bianco with a Nazi knife during sex, without her consent, and photographed the cuts on her body.’

Bianco alleges in the filming that the musician also posted the photos online without her consent.

The 38-year-old previously came forward as a survivor of abuse when she testified in front of the California Assembly in 2019 to help reform domestic violence laws, but did not name her alleged abuser.

In February, Bianco claimed that Manson left her with post-traumatic stress disorder and derailed her career after subjecting her to years of torment.

In an interview with The Cut, Bianco said she met Manson through his then-partner Dita Von Teese in 2005; like Von Teese.

While they had a flirty but platonic relationship after Manson’s split from Von Teese in 2007 and their relationship allegedly changed in 2009 when Manson flew the actress out to the States to film a video for his song I Want to Kill You Like They Do in the Movies.

Bianco left Manson in June 2011, weeks after he allegedly chased her around their apartment with an axe.

Manson – who has been dropped by his manager, agency and record label – has yet to address Bianco’s claims specifically, but previously said of other allegations: ‘Obviously, my art and my life have long been magnets for controversy, but these recent claims about me are horrible distortions of reality.

‘My intimate relationships have always been entirely consensual with like-minded partners. Regardless of how – and why – others are now choosing to misrepresent the past, that is the truth.’

Manson has not faced any charges.

Victim Support offers support to survivors of rape and sexual abuse. You can contact them on 0333 300 6389.