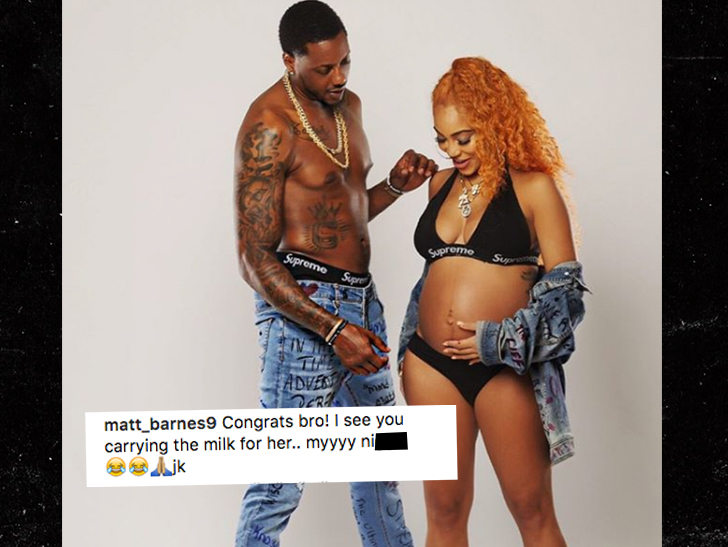 It all went down in the comments section of Chalmers’ latest IG post — an innocent pic of a shirtless Mario announcing he’s about to have a baby with his girlfriend, Paijey Baby. She’s 7 and a half months preggo!

Barnes — who played with Mario in Memphis in the 2015-16 season — was one of the first to see it … and decided to celebrate with a friendly body shaming zing.

“Congrats bro! I see you carrying the milk for her,” the ex-NBA star wrote.

Barnes went on to hit Mario with a “jk” and some playful emojis.

FYI … Mario’s been steadily taking Ls of this nature throughout his career — with even Barack Obama getting in on the act at the White House in 2014!!