‘I was so ill’: Maura Higgins reveals she nearly died from toxic shock syndrome after a tampon was stuck inside her for THREE MONTHS

Maura Higgins nearly died from toxic shock syndrome (TSS) after a tampon was stuck inside her for three months.

TSS is often associated with tampon use in young women, but it can affect anyone of any age – including men and children – and can be fatal if not treated promptly.

Appearing on Shopping with Keith Lemon, the former Love Island star, 31, detailed her ‘very bad experience’ in a bid to warn others of the risks. 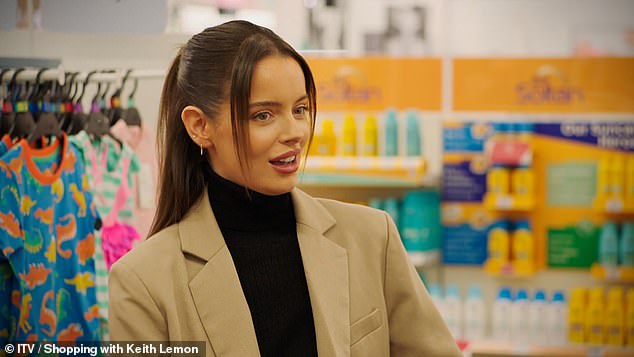 ‘I was so ill’: Maura Higgins revealed on Shopping with Keith Lemon that she nearly died from toxic shock syndrome after a tampon was stuck inside her for three months

She said: ‘I did have a very bad experience. I’m not a doctor, I don’t know much about that [TSS], but I know you are not meant to leave a tampon inside for more than, I think it’s nine hours, I think that’s the max.

‘There was a tampon inside me for three months. When the doctor found it, it was stuck to my cervix. And I was so ill. I did not know what was going on…

‘There were people that have died from that happening.

‘Young girls might not have noticed, like you go on a night out, what if you got really drunk and forgot, like, these things actually do happen, and people don’t speak about it.

‘I remember even being in school, I used to get my tampon out the bag, push it up my sleeve and then go to the toilet like that… thinking back, why was I doing that? It’s nothing to be ashamed about, that’s why I think it’s an important topic isn’t it?’ 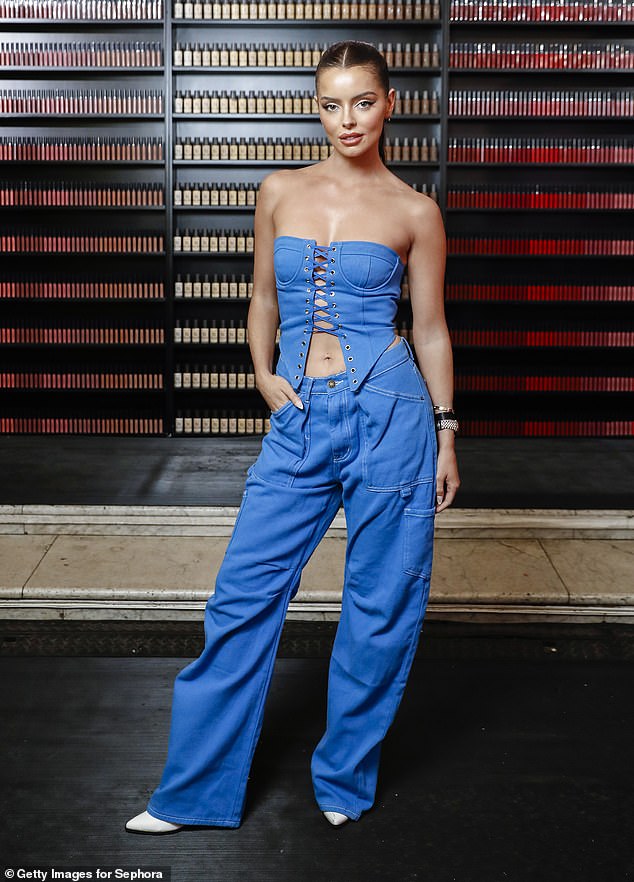 She said: ‘There was a tampon inside me for three months. When the doctor found it, it was stuck to my cervix. And I was so ill. I did not know what was going on…’ (pictured this month)

Elsewhere on the show, Maura shared her beliefs that more women need to teach themselves how to orgasm rather than rely on a man being ‘good’.

She explained: ‘Most girls I know have never had an orgasm.

‘But do you know what it is? I don’t think people understand, you actually have to teach yourself how to orgasm, it’s not about how good the man is or whatever, it’s about you as a woman.

‘Us women don’t understand, how lucky we are, the woman that can, do you know what I mean?’ 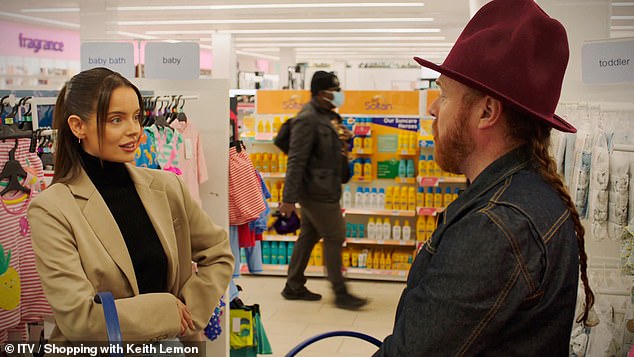 Candid: Elsewhere on the show, Maura shared her beliefs that more women need to teach themselves how to orgasm rather than rely on a man being ‘good’

Talk also turned to her appearance, with Maura revealing that she dyes her hair as she started going grey as a teenager.

Shopping with Keith Lemon concludes Thursday on ITV2 at 10pm.

WHAT IS TOXIC SHOCK SYNDROME?

Toxic shock syndrome is a highly dangerous bacterial infection – but it can be misdiagnosed because the symptoms are similar to other illnesses and because it is so rare.

It occurs when usually harmless staphylococcus aureus or streptococcus bacteria, which live on the skin, invade the bloodstream and release dangerous toxins.

TSS’ prevalance is unclear but doctors have claimed it affects around one or two in every 100,000 women.

It has a mortality rate of between five and 15 per cent. And reoccurs in 30-to-40 per cent of cases.

Symptoms usually begin with a sudden high fever – a temperature above 38.9°C/102°F.

Within a few hours a sufferer will develop flu-like symptoms including headache, muscle aches, a sore throat and cough.

Women are most at risk of getting toxic shock syndrome during menstruation and particularly if they are using tampons, have recently given birth or are using an internal barrier contraceptive, such as a diaphragm.

While tampon boxes advise to change them between four to eight hours, it is common for women to forget and leave them in overnight.

Treatment may involve antibiotics to fight the infection, oxygen to help with breathing, fluids to prevent dehydration and organ damage, and medication to control blood pressure.

Dialysis may also be needed if the kidneys stop functioning.

In severe cases, surgery may be required to remove dead tissue. In rare incidences, it may be necessary to amputate the affected area.

To prevent TSS, women should use tampons with the lowest absorbency for their flow, alternate between a tampon and a sanitary towel, and wash their hands before and after insertion.

Tampons should also be changed regularly, as directed on the packaging – usually every four to eight hours.