What We Learned About Harry and Meghan in ‘Finding Freedom’

Authors Omid Scobie and Carolyn Durand write in their new book, Finding Freedom: Harry and Meghan and the Making of a Modern Family, that Meghan, now 39, told a friend she “prepared herself for a grilling” during the introduction.

However, things went better than expected. When William, now 38, met the actress, he welcomed her to his home and said, “I was looking forward to meeting the girl who has put that silly grin on my brother’s face.”

Of course, as explored elsewhere in the book, the relationship later grew frosty after the Duke of Cambridge questioned Harry’s feelings toward Meghan. The authors claim that the Duke of Sussex, now 35, was angry after William told him to “take time to get to know” the Suits alum, referring to her as “this girl.” 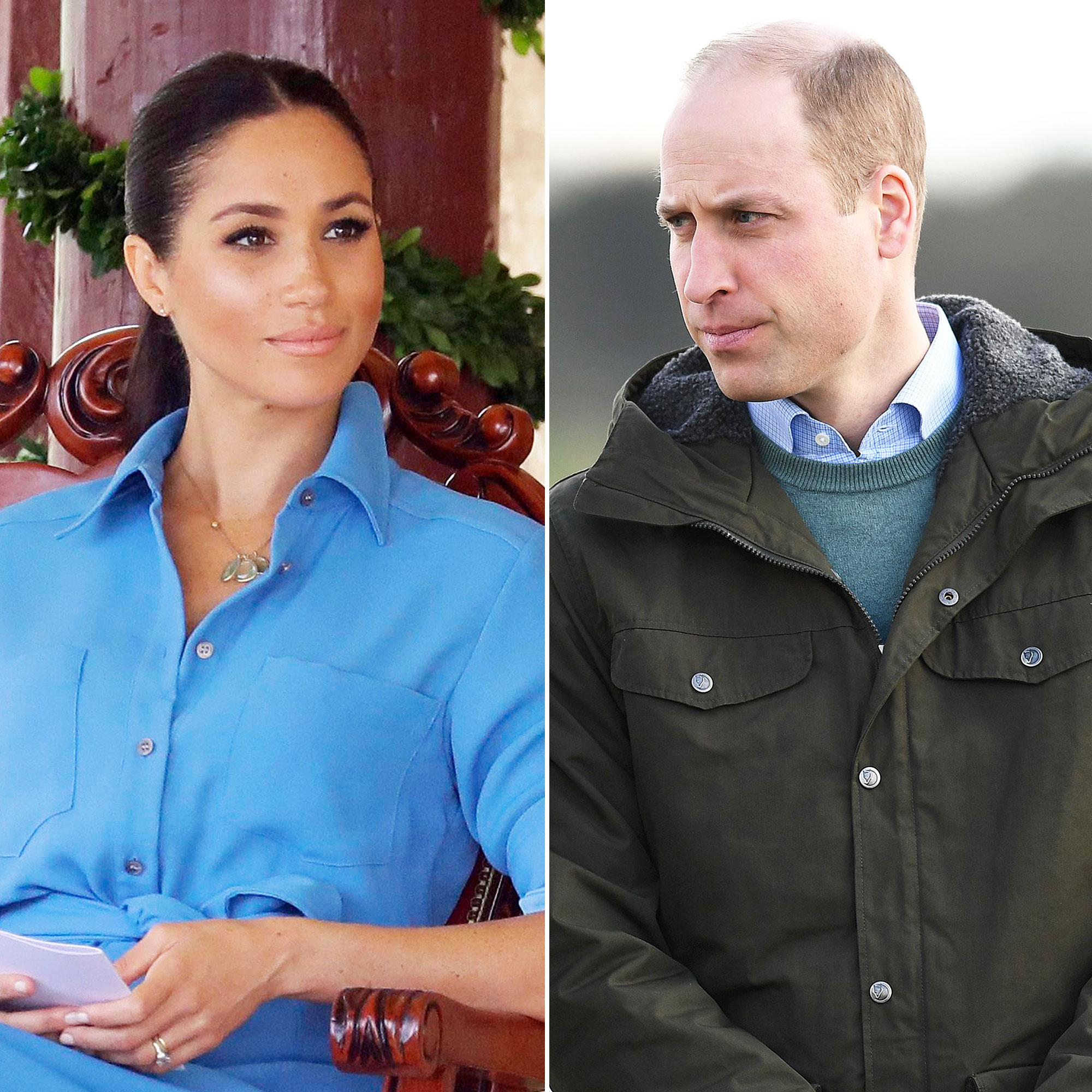 Inside William and Harry’s Relationship Over the Years

Scobie and Durand allege that William wanted to “make sure that Harry wasn’t blindsided by lust,” but Harry, in turn, was “pissed off that his brother would ask such a thing.”

The tension only escalated between the brothers, leading to a rift. “This tragic situation has been hanging over the royal family like a dark shadow for a long time now,” an insider exclusively told Us Weekly in July. “It breaks people’s hearts that their relationship has deteriorated so badly.”

Prince Harry and Meghan Markle: A Timeline of Their Relationship

Despite the ordeal, the siblings are on speaking terms again after Harry’s move to Los Angeles. (He and Meghan relocated after announcing their decision to step down from their roles as senior royals in January.) William is “concerned about his brother’s well-being and safety,” according to a source.

As for Meghan’s bonds with the rest of the royal family, she encountered no issues when meeting Queen Elizabeth II in September 2017. While the California native was “a little nervous” for the big moment at Balmoral Castle in Scotland, a source revealed at the time, “It went well. It’ll no doubt be the first of many encounters.”

Indeed, before she and Harry stepped back, Meghan “quickly demonstrated [to the queen] that she is intelligent, polite and keen to learn,” an insider said in June 2018. “[Her] enthusiasm toward living a life of service and humanitarianism excites the queen, and it’s just the type of vim and vigor she likes to see in someone.”