Donald Trump’s words have come back to bite him. After Arizona went for Joe Biden in the 2020 election, Meghan McCain mocked the president with help from her father, the late Senator John McCain.

Multiple media outlets reported on Thursday (Nov. 12) that Joe Biden won Arizona in the 2020 election, after going for Donald Trump in 2016. This put the president-elect’s Electoral College count at 290 to Trump’s 217. Following this news that her home state had backed Biden, Meghan McCain took a moment to mock Trump, 74, poking fun at his loss with a meme featuring her father, the late John McCain. “I like people who don’t lose Arizona,” reads the caption accompanying the photo of Senator McCain, who represented the people of Arizona in Congress from 1983 until his death in 2018.

“In light of tonight’s news….” added Meghan, 36. “Sorry, I had to. The meme is too funny.” The caption turned the tables on Trump, who famously mocked Sen. McCain’s military service, specifically how John was taken as a prisoner of war in North Vietnam. “He’s not a war hero,” Trump said about John during an Iowa Family Leadership Summit in 2015. “He was a war hero because he was captured. I like people who weren’t captured,” per the Washington Post.

Trump and Sen. McCain clashed even after the Senator’s death. Donald moaned that he wasn’t praised for giving Senator “kind of funeral that he wanted, which, as president, I had to approve… I don’t care about this, but I didn’t get thank you — that’s okay. We sent him on the way, but I wasn’t a fan of John McCain…Not my kind of guy, but some people like him and I think that’s great.” When the Trump administration reportedly asked the U.S. Navy to move the USS John McCain, a destroyer-class warship, “out of sight” for Trump’s 2019 visit to Japan, Meghan blasted the move as “childish.” Trump later denied ordering the ship moved, but he still said he “am not a fan of John McCain.” 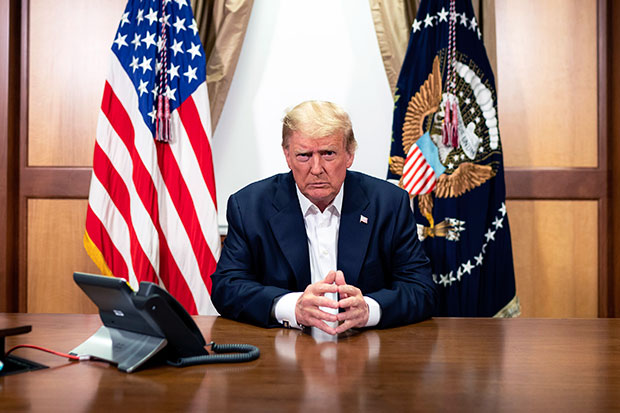 This constant attack on Sen. McCain more than likely cost Donald Trump Arizona. While the state voted for Joe Biden in the 2020 election, it appeared that 100,000 voters in Arizona’s Maricopa County alone – the county that makes up half the state’s population – chose Republicans for a host of state offices, per Politico. It seems that Republican voters hated Trump (and Sen. Martha McSally, a Trumpist, who lost her seat to Mark Kelly, the husband of former Arizona Rep. Gabby Giffords) but still voted R down the ballot.

Joe Biden also likely won over Arizona voters thanks to his friendship with Sen. McCain. The Bidens and the McCains were very close, and the president-elect spoke at McCain’s funeral in 2018. “My name is Joe Biden. I’m a Democrat. And I loved John McCain,” said Biden while wiping away tears.  “The way I look at it… I always thought of John as a brother. We had a lot of family fights… This great friendship transcended any great political differences we had. Above all, we understood the same thing: politics is personal, it’s all about trust. I trusted John with my life, and I think he’d trust me with his.”