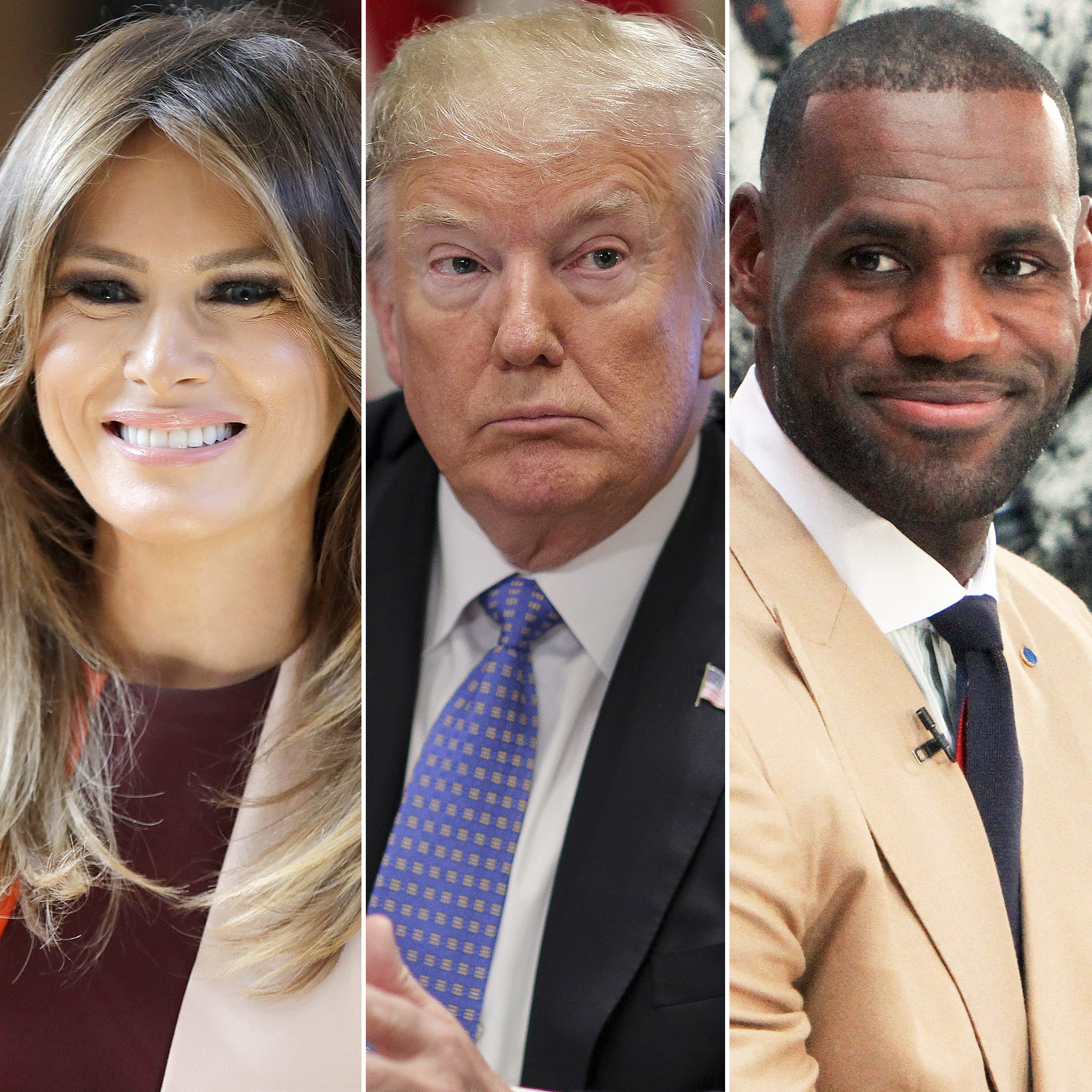 Taking sides. Melania Trump showed her support for LeBron James after her husband, President Donald Trump, slammed the NBA player in a tweet.

“Lebron James was just interviewed by the dumbest man on television, Don Lemon,” the 72-year-old commander in chief tweeted on Friday, August 3. “He made Lebron look smart, which isn’t easy to do. I like Mike!”

According to White House reporter Jonathan Lemire, the 48-year-old first lady’s spokesperson, Stephanie Grisham, issued a statement on Saturday, August 4: “It looks like LeBron James is working to do good things on behalf of our next generation and just as she always has, the First Lady encourages everyone to have an open dialogue about issues facing children today.”

Grisham added, “Her platform centers around visiting organizations, hospitals and schools, and she would be open to visiting the I Promise School in Akron.”

Michael Jordan chimed in on Saturday, August 4, after Trump praised him in the tweet. “Jordan sides with James over Trump tweet,” NBC journalist Geoff Bennett shared on Twitter. “NBA legend Michael Jordan tells NBC News through a spokesperson: ‘I support LJ. He’s doing an amazing job for his community.’”

CNN host Lemon interviewed James on Friday about his I Promise school — a public, non-charter facility for at-risk children — in Akron, Ohio. The hour-long sit-down briefly referenced Trump when Lemon asked what the 33-year-old basketball player would say if the president was sitting across from him. “I would never sit across from him,” he replied. The former Cleveland Cavaliers player also said he did not want to run for office but might reconsider if he was told the former Celebrity Apprentice host would win if he didn’t go up against him.

Celebrities, athletes and politicians stepped up to commend James on social media. “Rather than criticizing @KingJames, we should be celebrating him for his charity work and efforts to help kids,” Ohio governor John Kasich tweeted on Saturday. “By the way, all-around he’s better than Michael Jordan. That’s a fact.”

Dan Rather tweeted: “I’d much rather live in a world reflecting the values, philanthropy, and yes intelligence of LeBron James and Don Lemon’s intelligent commitment to truth and journalism than the divisive peevishness, lies, and narrow self-interest displayed by the President of the United States.”