He’s a rockstar who found worldwide fame as the lead singer of the Rolling Stones.

And Mick Jagger showed he’s a talent on screen as well as behind the microphone as he transformed into a scheming art collector for film The Burnt Orange Heresy.

In a new trailer the star, 76, looked sensational as he masterminded a shady plot to steal a reclusive artist’s work by enlisting the help of a critic. 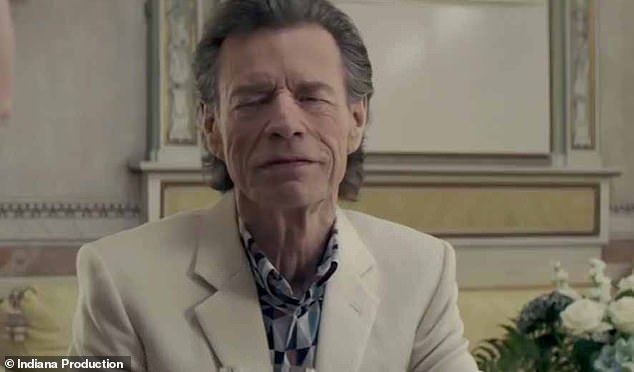 Mick, who plays Joseph Cassidy, exuded sophistication in the trailer as he lounged at his Lake Como estate while wearing a dapper cream suit and patterned blue shirt.

In other scenes he put on a suave display at a glitzy art event and chatted to critic James Figueras (Claes Bang), who he’s asked to steal a painting for him.

Mick also showed his shady side at the end of the short clip as he held James’ face and grinned while they discussed ‘the truth’. 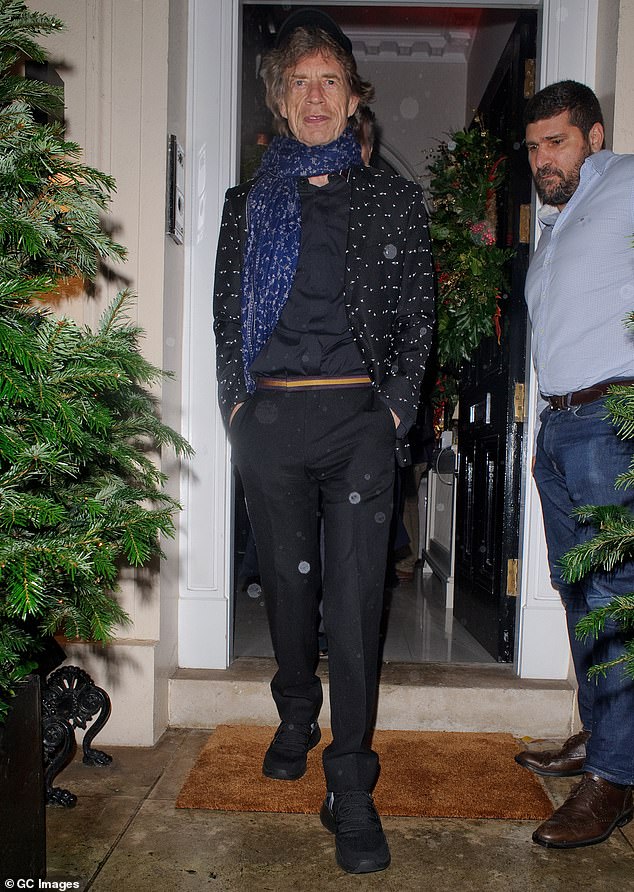 Talent: The suave rockstar will star alongside Dracula actor Claes Bang in the flick set to be released in America on March 6 (pictured in December)

Directed by Giuseppe Capotondi, the film is set in present-day Italy and follows art critic James who embarks on a romance with Berenice Hollis (Debecki).

The two lovers travel to the Lake Como estate of by art collector and gallery owner Joseph (Mick), who reveals he is the patron of Jerome Debney (Donald Sutherland), a recluse who lives on the edge of his estate and is branded the ‘J.D. Salinger of art.’

Cassidy requests that James steal one of Debney’s pieces from his art studio, and as the couple spend more and more time with the artistic legend, they discover all is not as it seems. 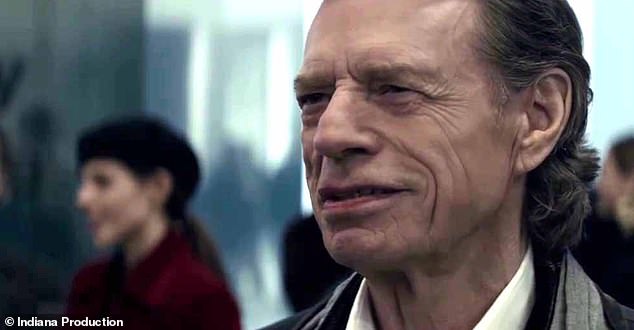 Scheming: Mick’s character enlists the help of an art critic to help steal a painting

Intrigue: In one scene Mick grabs Claes’ cheeks as they talk about ‘the truth’

Scenes from the trailer show paintings being covered up with white sheets and Debney going for a walk arm in arm with Berenice.

Following its Venice premiere in September the film was screened at the Toronto International Film Festival and is set to open in the US on March 6.

It’s reported that Mick filmed his scenes prior to his heart operation last April, which saw him out of action for several months. 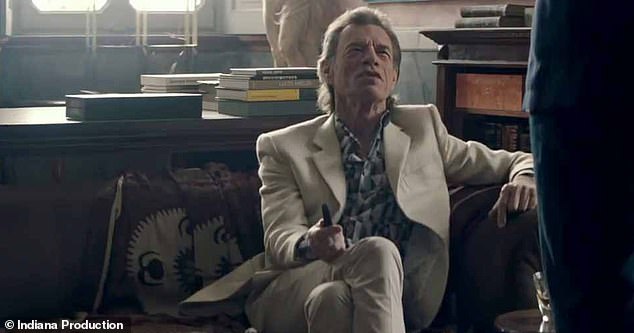 Suave: The singer looked sensational in a cream suit and patterned blue shirt in one scene 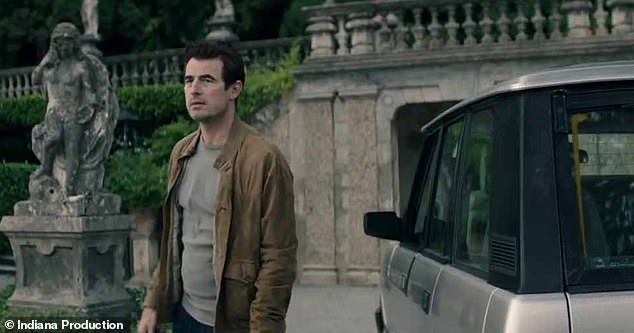 Suspense: Art critic James Figueras (Claes Bang) is invited to the Lake Como estate of Mick’s character in the trailer

Speaking about his role at the Venice Film Festival, Mick said: ‘Acting and singing on stage is all performing, it’s just different kinds of performing.

‘One is live and one isn’t. It’s the smallest role in the film but it’s an important part’, reports the Mirror.

The role also marks Mick’s return to acting, after first earning attention for his roles in the 1970s. 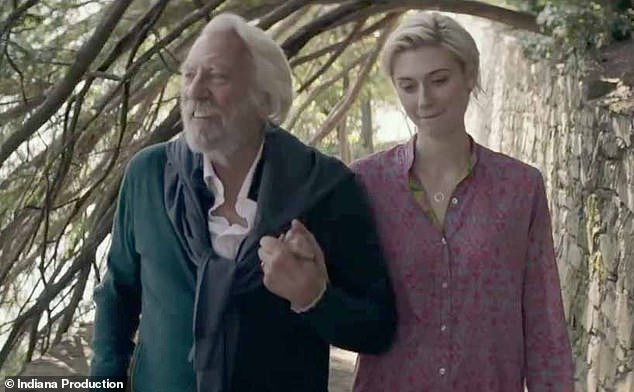 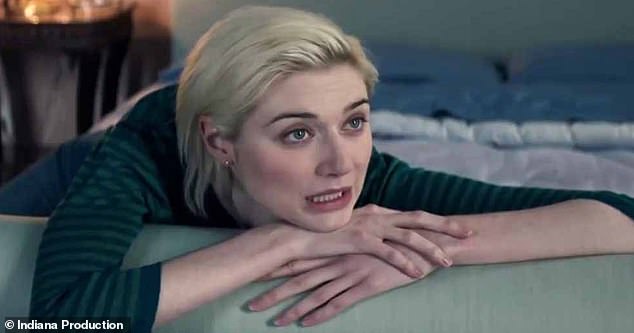 Role: Berenice embarks on a romance with James’ and the pair travel to Italy together 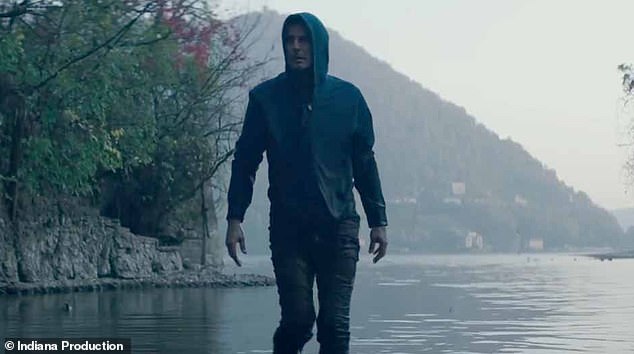 What’s going on? The trailer shows James getting out of the water in one particularly intriguing scene

Among his most memorable is Ned Kelly in 1970, which sees him play the real-life Australian Bushranger who is embroiled in the world of crime and is eventually caught during the Siege of Glenrowan and hung at the age of 25.

He also appeared in Performance during the same year, as a reclusive rock star who ends up housing an East London gang member, played by James Fox.

The film is considered groundbreaking for the decade through its portrayal of nudity and graphic violence. 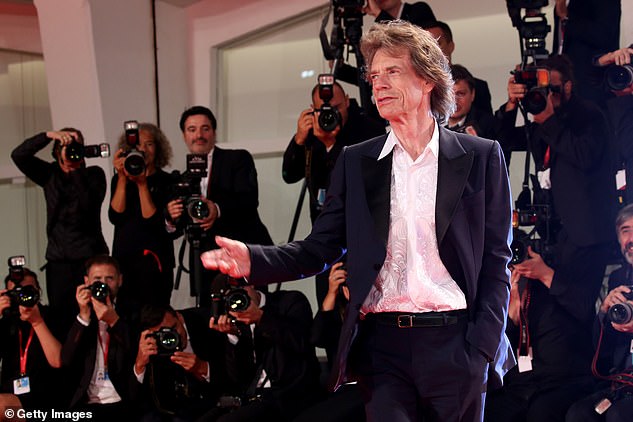 Almost here: The film is set to be released on March 6 in the US (Mick is pictured at the movie’s premiere at the Venice Film Festival in September)