‘All I heard was bulls**t!’ Mike Tindall slams Matt Hancock after stuttering MP claimed he wants people to see his ‘human’ side during divisive stint in I’m A Celebrity… Get Me Out Of Here!

He might not have known it, but Mike Tindall echoed the thoughts of many after Matt Hancock outlined his reasons for appearing on the current series of I’m A Celebrity… Get Me Out Of Here!

The former Health Secretary left campmates stunned on Tuesday evening after arriving alongside comedian Seann Walsh, unaware of the controversy his decision to leave his constituents and participate in a game show has inevitably created.

But after falling at the first hurdle by winning a meagre six meals for camp during his first Bushtucker Trial, Hancock faced a grilling from bemused campmates regarding his surprise appearance in the Australian jungle.

Bulls**t: Mike Tindall echoed the thoughts of many after Matt Hancock outlined his reasons for appearing on the current series of I’m A Celebrity… Get Me Out Of Here!

Already nervous, the one-time Tory whip appeared to be caught off guard when bluntly asked by TV presenter Scarlette Douglas exactly why he was on the other side of the world.

Struggling to articulate himself, he said: ‘Politicians are known, and me in particular, for like being very…in a very sort of strict way of being. Which is just not actually how we are. I’m more human than that.’

However his reasoning was given short shrift from retired rugby player Mike Tindall, the husband of Princess Zara Phillips. 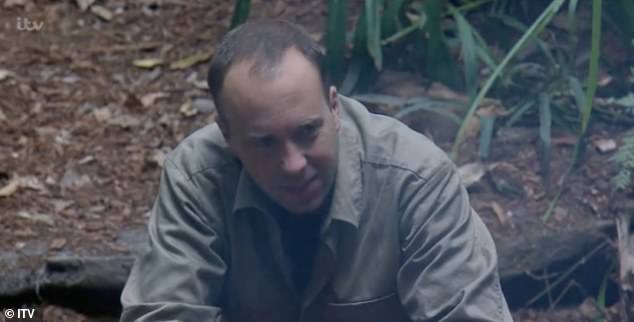 Hancock’s appearance had already divided the camp, with Boy George visibly emotional after revealing his mother contracted COVID-19 and was hospitalised at the height of the pandemic. 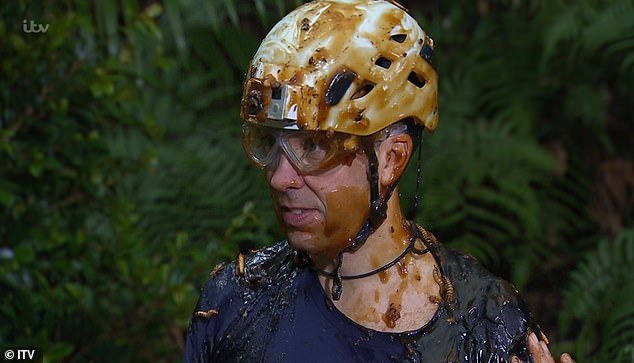 Tough start: After falling at the first hurdle by winning a meagre six meals for camp during his first Bushtucker Trial, Hancock faced a grilling from bemused campmates 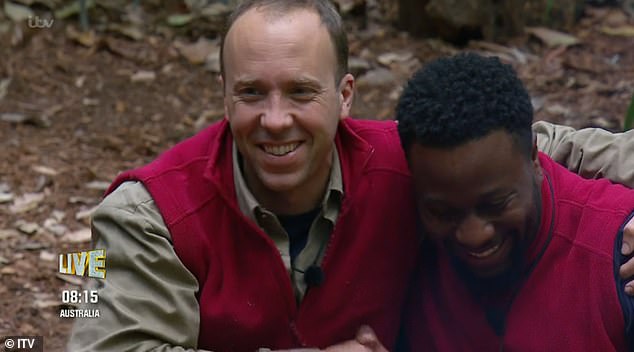 Divisive: The on-time Tory whip’s decision to enter the jungle has divided campmates

During a conversation with TV presenter and property expert Scarlette Douglas, the Culture Club frontman, whose real name is George Alan O’Dowd, said: ‘You know, beginning of the pandemic my mum was in hospital.

‘I wasn’t allowed to see her. I thought she was going to die. I was tweeting Greenwich hospital going, ‘Please look after my mum’.

‘I used my name, I was like, ‘Please look after my mum’. And they did, she was fine.

‘I feel like, I don’t want to be sitting here like I’m having fun with him. It’s difficult for me because, you know, had something happened, if my mum had gone, I wouldn’t be here now. I would have gone when he walked in.’ 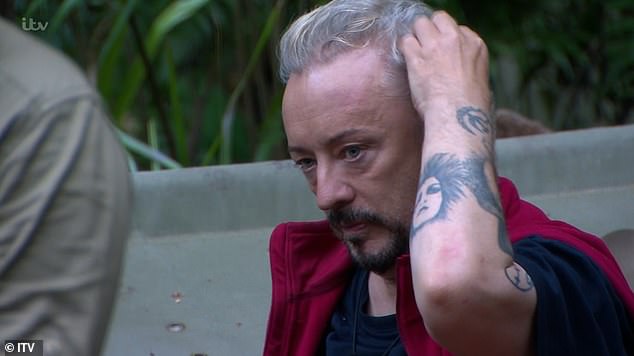 Not happy: Boy George was visibly emotional after revealing his mother contracted COVID-19 and was hospitalised at the height of the pandemic

The MP will undertake his second Bucktucker trial tonight, and crew are reportedly holding a backstage sweepstake including taking bets on how many trials he will have to endure, according to the Sun.

Prime Minister Rishi Sunak was among those to join the criticism of Mr Hancock, who had him removed following the announcement that he would be participating.