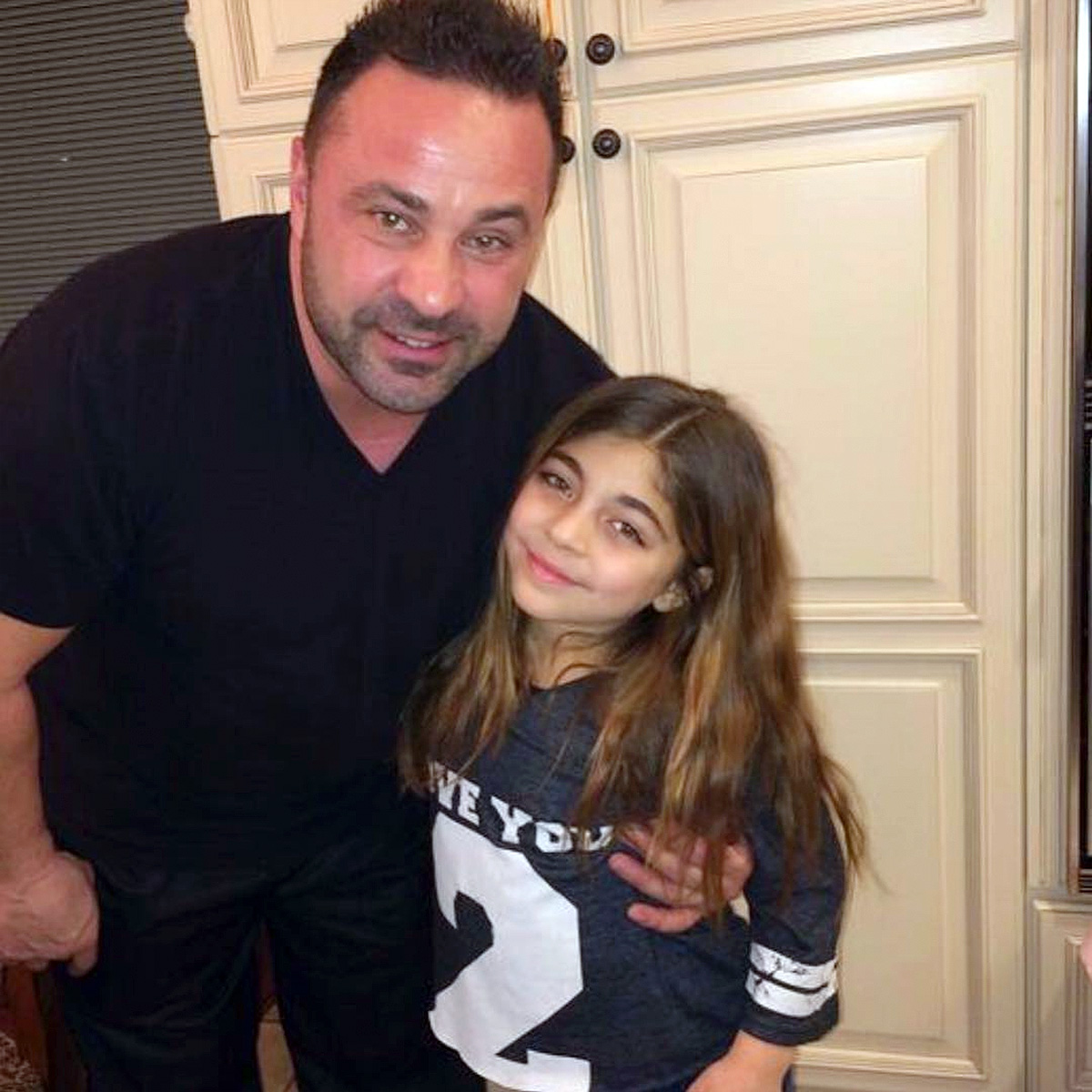 A daughter’s devotion. Milania Giudice spoke out in support of her dad, Joe Giudice, days after he was ordered to be deported to his native Italy.

“My dad, who is the best dad in the world, needs to come home,” the 13-year-old wrote alongside two Instagram pics on Sunday, October 13. “We aren’t done fighting dad. I can’t believe this is happening.”

The message continued: “I can’t imagine another day without you. We are gonna do everything we can to fight this daddy!! I love you with all my heart❤️❤️❤️❤️❤️#heartbroken.”

The post comes less than one week after Teresa Giudice’s husband was found “deportable and ineligible for any kind of relief,” Judge John Ellington during a Wednesday, October 10, hearing in Pennsylvania’s York Immigration Court.

“I don’t understand how I can be deported on this case,” the 46-year-old restaurant owner responded to Ellington as he appeared via teleconference. “If you will [allow], I’ll tell you my side. I shouldn’t even be here right now. I have to go back and tell my kids this, and they’ve been waiting to hear from me.”

A source tells Us that Joe plans to appeal the decision, noting he “isn’t going to go down without a fight.

Both Giudice and his wife, 46, pleaded guilty to 41 counts of fraud in 2014. The reality star, for her part, served 11 months in prison in 2015. Meanwhile, Joe’s 41-month sentence began in March the following year.

Real Housewives of New Jersey castmates have spoken out in Joe’s defense following the deportation news.

“So very sad to hear the news. Joe has been in this country since infancy. He’s made mistakes, took responsibility for those mistakes and served his time. He is not a violent person or a threat to society,” Caroline Manzo told Us Weekly exclusively. “He has four beautiful daughters that love their father and need him in their lives.”

Kathy Wakile added: “Very sad and devastating news. My heart is broken for him and their entire family. It’s a harsh punishment for someone that has lived his whole life here as an American and has served his time for his mistakes. To be separated from his family is heartless.”