EXCLUSIVE: Nicole Scherzinger, 41, and Thom Evans, 34, pack on the PDA and gaze lovingly at one another at cocktail bar

They’ve been romantically linked, despite Nicole Scherzinger saying she is too busy to be tied down with a relationship.

But there might be more to the story with the X Factor judge, 41, and Try Star singer Thom Evans, 34, as they were pictured gazing adoringly at one another at London cocktail bar, Archer Street on Tuesday.

As the pair stood by the bar, Nicole could be seen holding court, while Thom gazed at her lovingly. 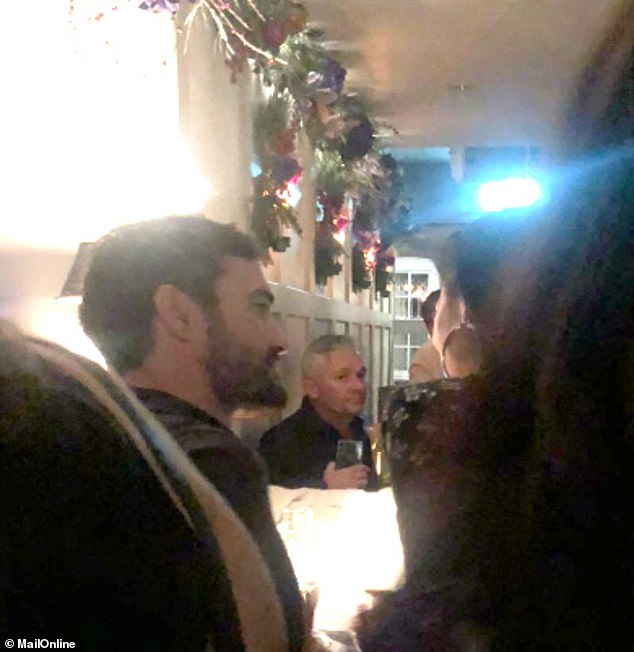 Young love: Nicole Scherzinger, 41, and Thom Evans, 34, packed on the PDA and gazed lovingly at one another at Archer Street cocktail bar in London on Tuesday

A source told MailOnline: ‘They seemed really into one another and couldn’t stop packing on the PDA.

‘They were kissing one another and didn’t seem to care who saw them.’

The outing comes after Thom arrived at her musical show on Sunday, held at the Boulevard Theatre, in a bid to support her.

Nicole – who is also set to play at the Soho venue on Monday – treated fans to a medley of classic theatre songs and her hit singles.

Hotting up: The outing comes after Nicole (L) continued to fuel rumours she’s dating Thom (R) as he supported her at her musical show on Sunday, held at the Boulevard Theatre in London

The Buttons hitmaker announced last month she was reuniting with the band – minus Melody Thornton, for a 2020 tour and said the group’s string of performances is her focus at the moment.

Nicole said on Dan Wootton’s podcast: ‘Thom is lovely but what’s going on is that I am very busy. It’s been a very transitional transformation year for me and I am really focusing on distracting myself with my destiny. 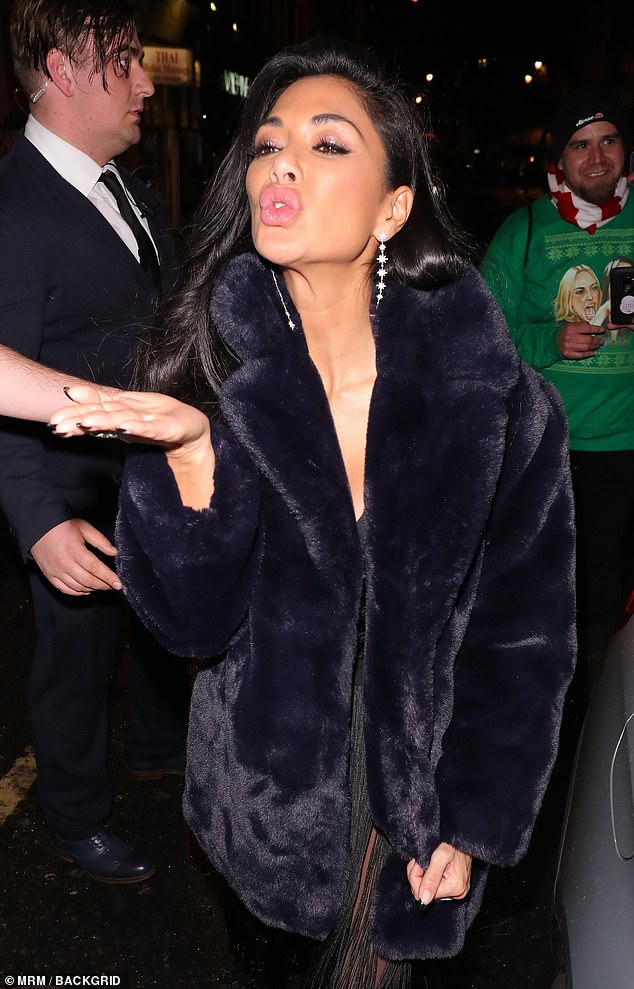 Working it: The X Factor: Celebrity judge, 41, recently hinted that Thom was just a ‘fling’

Nicole opted to send her rumoured love interest’s band Try Star home in a shock vote on one of the later episodes of The X Factor: Celebrity.

She had been hit by claims she voted him off the show to ‘save their romance’, after tongues began to wag regarding their relationship status.

According to The Sun, the media personality chose to boot Try Star – featuring Thom, Ben Foden and Levi Davis – off the show because she ‘couldn’t bear’ people scrutinising and mocking their ‘romance’.

A source said at the time: ‘Nicole is really into Thom and she didn’t want jokes being made about them. She chose to get rid of his group Try Star because it would stop people scrutinising what she has with Tom. And she knew they were the weaker act.’

Meanwhile, Thom is best known for dating radio host Kelly Brook between 2010 and 2013.

The hunk went on to date Jessica Lowndes of 90210 fame, while he was also linked to Made In Chelsea star Caggie Dunlop. 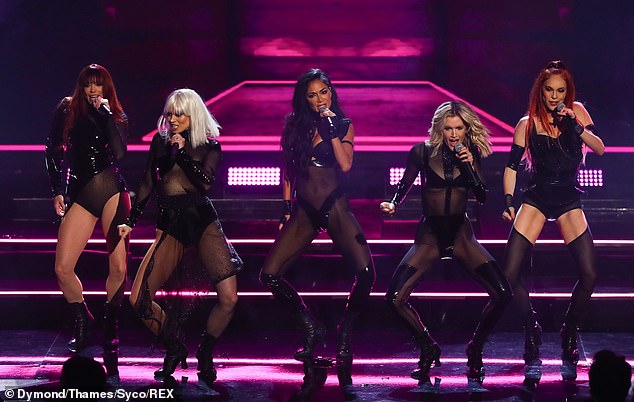 All eyes on them: Nicole set pulses racing as she reunited with (L-R) Jessica Sutta, Kimberly Wyatt, Ashley Roberts and Carmit Bachar at the finale of the competition series