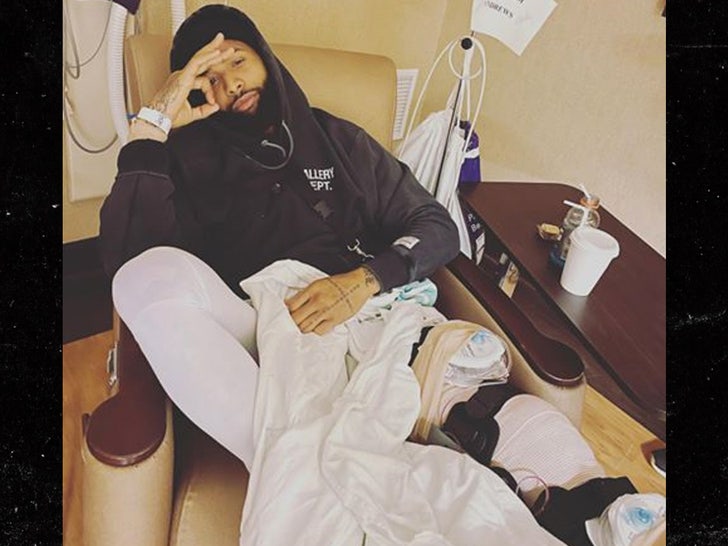 Odell Beckham is officially on the road to recovery … the star receiver and the Cleveland Browns just announced he underwent successful surgery to repair his torn ACL.

Beckham shredded the knee early in the Browns-Bengals game back on Oct. 25 … and he was finally able to go under the knife Tuesday to repair the issue.

The Browns said in a statement the operation — performed by world-renowned surgeon Dr. James Andrews down in Florida — was a complete success.

“Beckham is expected to be ready for the 2021 season,” the team added.

Beckham appeared to be pleased with the results of the surgery as well … he posted a pic of himself post-op and wrote, “Sit back relax n watch how God work…..Now let the journey begin.”

Beckham was having his best year as a Brown before the injury … logging 319 receiving yards and 4 total TDs in 7 starts.

The wideout has vowed to come back stronger than ever … writing on his social media page earlier this week, “Adversity…. it’s nothin new to me!”