EXCLUSIVE ‘I find children boring’: Olivia Attwood is in no rush to start a family with fiancé Bradley Dack saying she’s ‘not interested in kids’ after revealing she’s cancelled her wedding AGAIN and pushed it back to 2023

Olivia Attwood is in no rush to start a family with fiancé Bradley Dack because she’s ‘not interested in kids’ – after revealing she’s pushed her wedding back to 2023.

The Love Island star, 30, admitted while she sees children in her long-term future, right now motherhood isn’t on her radar and spending time with friends who have babies only puts her off further.

In an exclusive interview, Olivia, who’s the owner of new luxury clothing brand Foolish, told MailOnline herself and Bradley, 27, have postponed their nuptials for a second time because of his injuries and their busy work schedules. 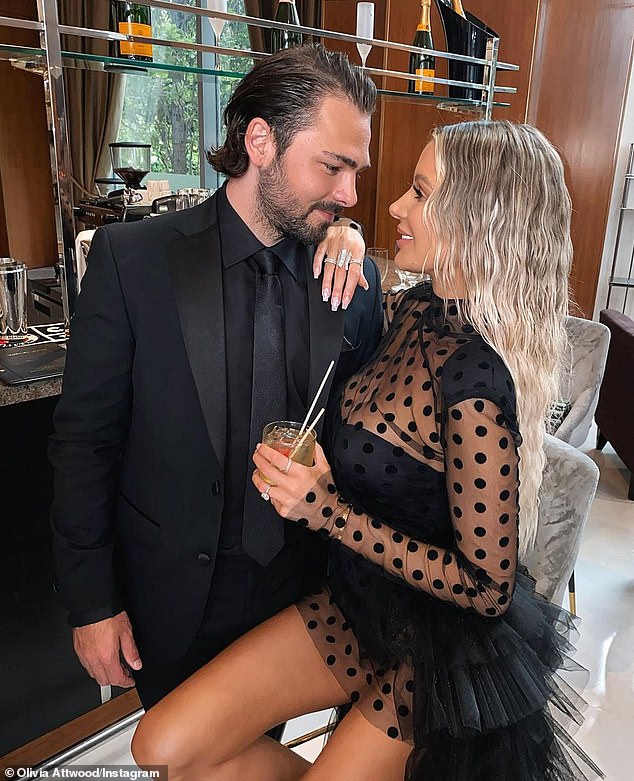 ‘I’m not in any hurry’: Olivia Attwood is in no rush to start a family with fiancé Bradley Dack because she’s ‘not interested in kids’ – after revealing she’s pushed her wedding back to 2023

She revealed: ‘We’re not getting married next year. We have cancelled our wedding.

‘I made the final decision and I feel like Brad was more upset than me. A lot of the wedding stress lands on the woman typically… He said, “let’s just do it next year” and I said, “well you’re not the one that’s doing it”, I don’t want to do something and rush it.

‘It’s complicated but essentially the main reasons are Brad is recovering from injury, when we were looking into booking more details for the wedding, the stag and the hen do, he didn’t want to book until he had three good football games. I thought, we couldn’t wait because Christmas will happen, then we will be in March and then it’ll be the wedding.

‘My work schedule is so heavy on my shoulders with filming, the brand. We are just going to buy ourselves another year. We are a strong couple, and we achieve a lot in our careers, and we want to enjoy getting married.’ 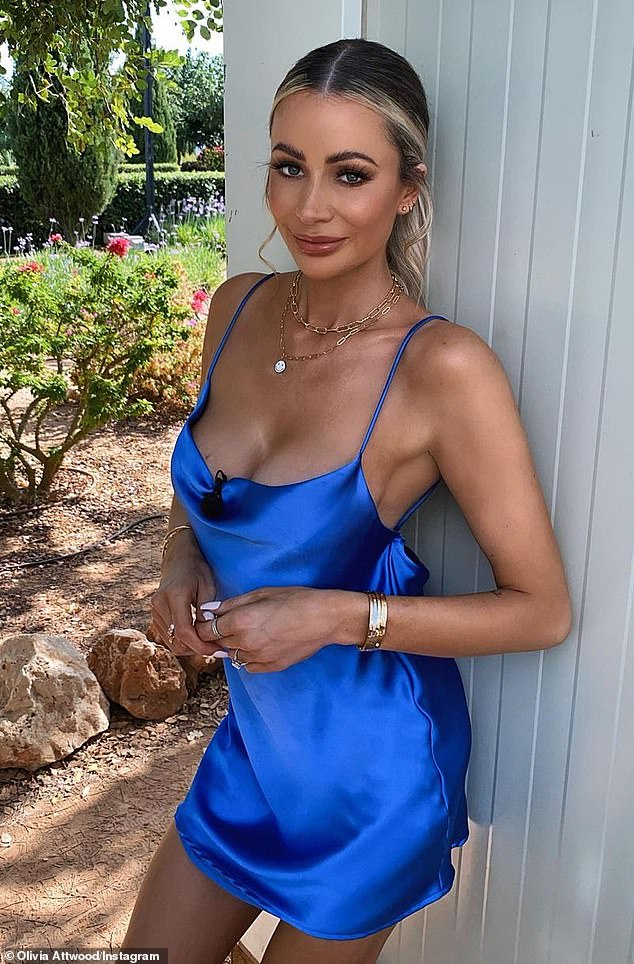 ‘Zero appeal’: Olivia admitted while she sees children in her long-term future, right now motherhood isn’t on her radar and spending time with friends who have babies only puts her off further

Olivia, who got engaged in 2019, planned to marry Blackburn Rovers star Bradley next year at Grantley Hall, after falling in love with the picturesque wedding venue in scenes captured for her ITVBe reality series Olivia Meets Her Match.

She remains unfazed by having to push back her long-awaited big day because it gives her an excuse when people question herself and Bradley over when they’re going to start a family.

Speaking at the launch of her clothing brand on Wednesday night at London’s W hotel, she said: ‘I’m not in any hurry to have children.

‘They don’t interest me, they don’t entertain me, I find them really boring so if I have another year to say “oh sorry, we’re not having kids because we’re not married” even though once we are married, I’ll still be like umm… We’re not in any hurry as a couple, he’s not going anywhere, and I’m not going anywhere.

‘I see children in my future. I want to have a family. But I feel like, I’ve just turned 30 and right now there’s zero appeal and that’s my honest opinion. I spend an afternoon with my friends and their children and I’m like no, no, no. It’s tough.’ 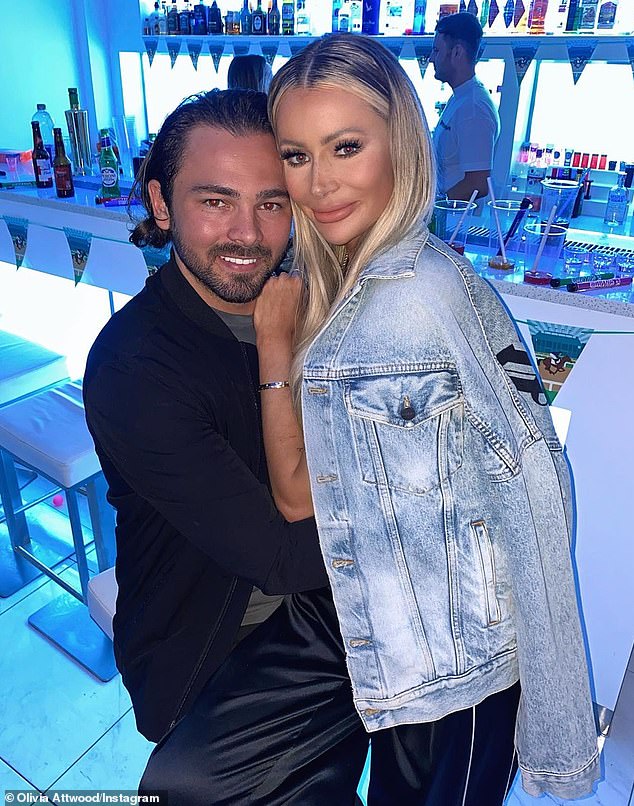 ‘We are a strong couple’: Olivia planned to marry Blackburn Rovers star Bradley next year at Grantley Hall, after falling in love with the venue in scenes captured for her ITVBe reality series

On Wednesday, Olivia hosted a star-studded party attended by the likes of TOWIE’s Pete Wicks and Love Island alumni Georgia Harrison and Gabby Allen, to celebrate the launch of her new clothing brand, Foolish.

Olivia explained her new fashion venture has been four years in the making because she wants the clothes to reflect her classic style, and stand-up against her industry competitors.

She said: ‘We have talked about Foolish for four years, which is a long time. It is one of those things that I could have done it straight after Love Island and rolled it out, but I was holding back because I wanted to find the right business partners and I feel like now my audience has grown up with me and my fashion has evolved.

‘I wanted to deliver something that is essentially me, the quality and fit, I want people to know this is what Liv wears. It had to be right because otherwise I wouldn’t be able to love it. I am obsessive, the number of times a day I think about what I’m wearing, it’s not normal.’ 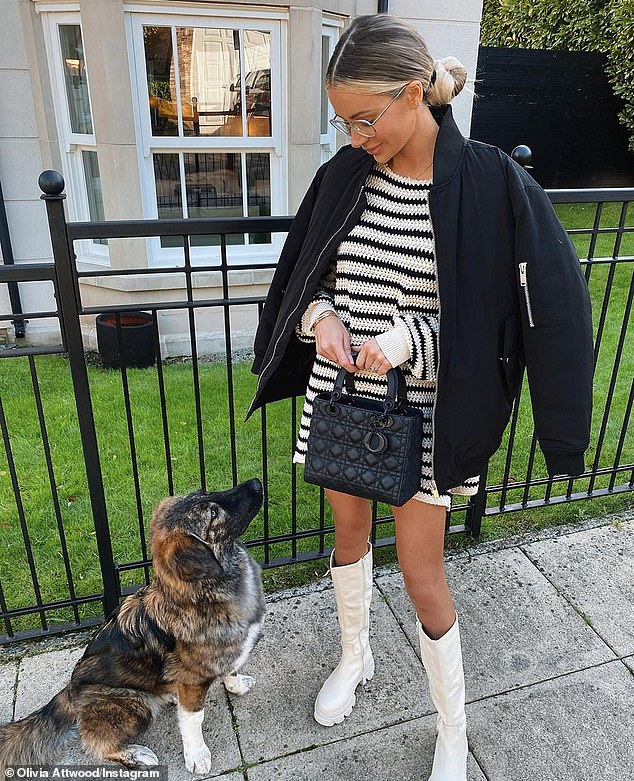 ‘It had to be right’: On Thursday, Olivia launched new clothing brand Foolish, which features a stylish bomber jacket modelled by the former Islander herself on her Instagram profile

Olivia has designed the first autumn/winter collection from Foolish, which is available to buy online from Thursday, and features a range of fitted blazers, luxury loungewear and stylish outerwear, including a bomber jacket modelled by the former Islander herself on her Instagram profile.

She added: ‘We are sitting in a medium luxury category; we’re starting at about a £60 price point, and it goes up. The pieces, the bomber jacket, the blazers, they will go season to season. They’re an investment. We are trying not to do fast fashion but instead create classic pieces with a contemporary edge.

‘It is a competitive and highly saturated market, I knew that going in, and that’s why I have waited to do this now. We are fully established and ready to compete.

‘I have an eye, my team has an eye, we are going to be worthy competitors. This is what I think looks good, it’s like my own personal wardrobe.

‘For people to buy it and wear it, it’ll be amazing. I have already been so emotional. This is very different to having an edit, everything down to the shoot, the models, it’s come from me and the team so it’s very personal. There’s a lot riding on it. We need to see how this collection is received but we’re already looking towards spring/summer.’ 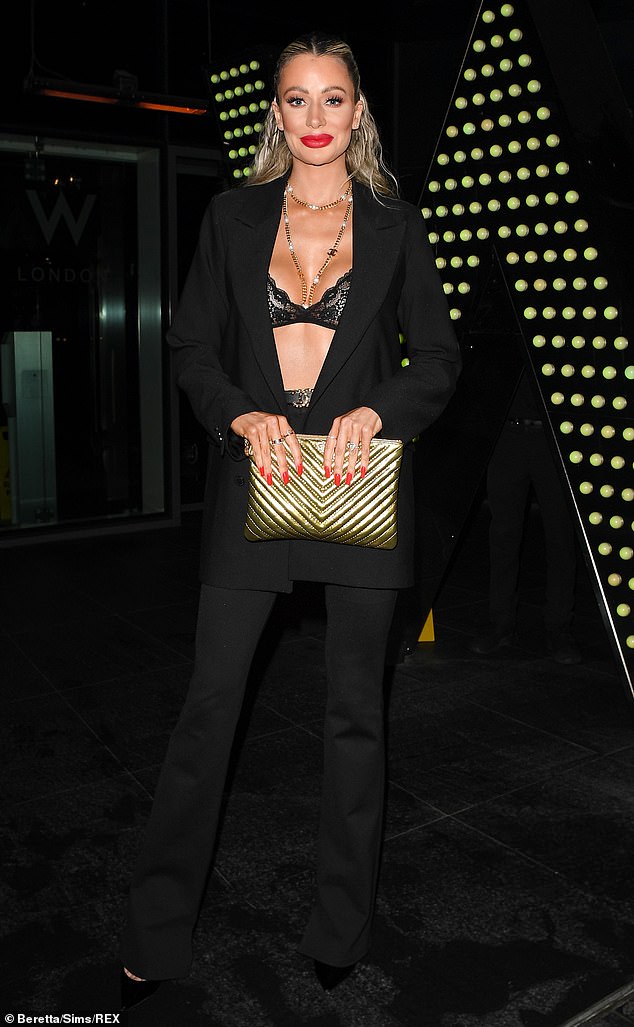 Stylish: The ex-TOWIE star was dressed in head to toe Foolish at her brand launch, which was attended by her celebrity pals Pete Wicks and Love Island alumni Georgia Harrison