Omarosa Manigault has more tapes. The Apprentice alum released a secret recording of Lara Trump offering her a $15,000-a-month campaign job after she was fired from the White House.

Manigault, 44, played the tape during an interview with MSNBC’s Craig Melvin on Thursday, August 16. She claimed to the news anchor that it was proof of “an attempt” by the Trump administration to “buy my silence, to censor me and to pay me off.” When asked if she saw it as “hush money,” she replied, “Absolutely.” 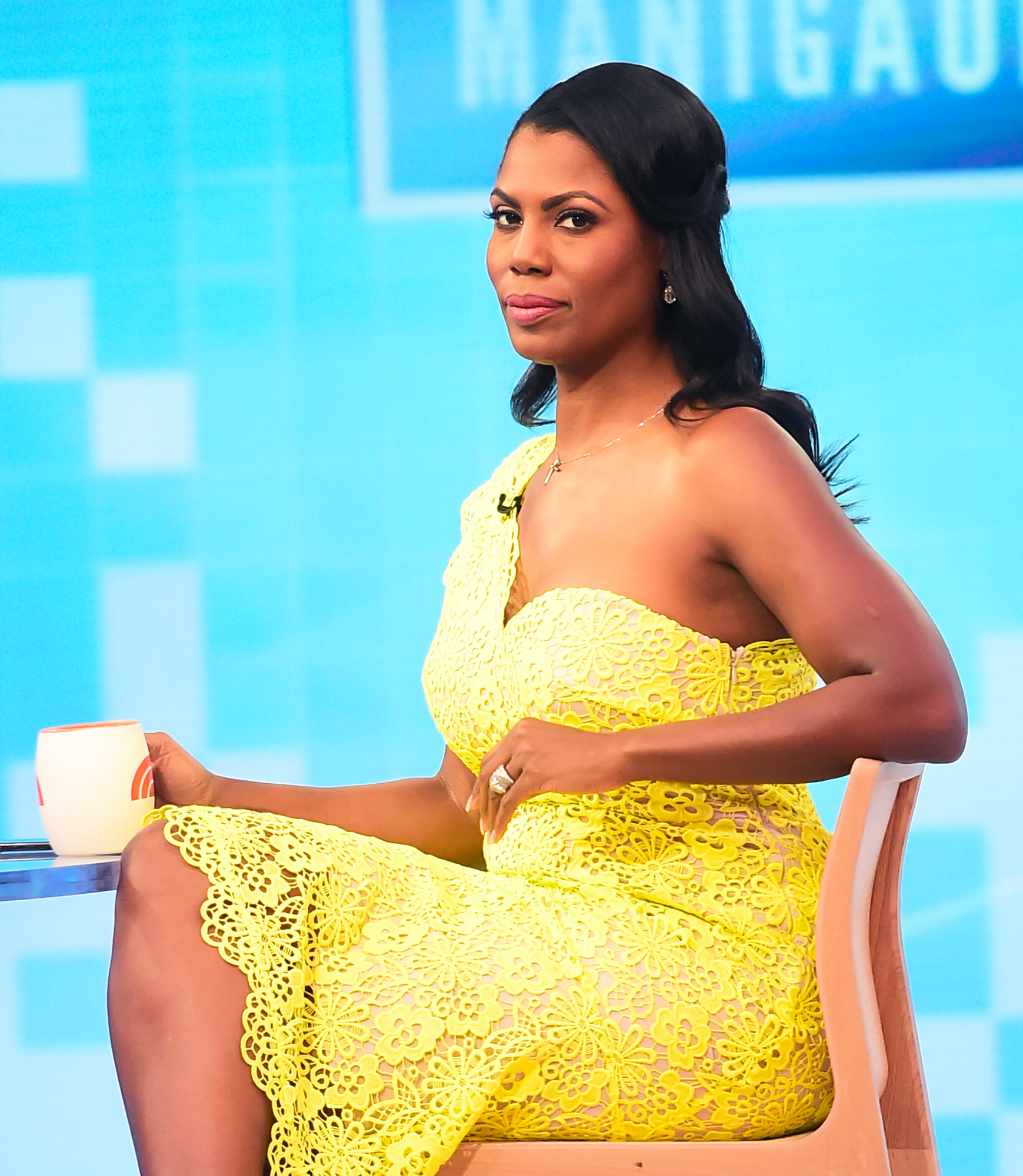 In the recording, Lara, 35, tells the reality star that “it sounds … like there are some things you’ve got in the back pocket to pull out.”

“Clearly, if you come on board the campaign, like, we can’t have, we got to,” Lara continues before trailing off. “Everything, everybody, positive, right?”

The former Inside Edition producer, who is married to President Donald Trump’s son Eric Trump, then proposes a hefty paycheck for Manigault, who she says had a salary of $179,000 during her stint as a White House aide.

“I think we can work something out where we keep you right along those lines,” Lara says. “I haven’t even added up the numbers, but we were talking about, like, 15K a month. … So that’s $180,000. Does that sound like a fair deal for you?”

Manigault told Melvin on Thursday that she will release more audio tapes “if I need to.” She added, “Every time the Trump people challenge me, I bring the receipts. … I’ll do what I have to do to protect myself.”

Lara said in a statement to MSNBC that the Celebrity Big Brother alum’s tape is “a fraud” and that she was “shocked and saddened by her betrayal and violation.”

Manigault previously released recordings of her conversations with the president, chief of staff John Kelly and other Trump advisers. She claimed in her new book, Unhinged: An Insider’s Account of the Trump White House, that Donald, 72, is “a racist, a bigot and a misogynist.” White House press secretary Sarah Huckabee Sanders claimed the “book is riddled with lies and false accusations.” Sanders later said she “can’t guarantee” that the commander in chief has not used the N-word.