Reggae’s justice-driven Rastafari icons like Bob Marley would have us Americans thinking Jamaica’s cannabis policy would reflect their cannabis-friendly culture. In fact, it’s taken decades for the Caribbean island’s government to finally legalize even just medical marijuana, to honor Rastafarians’ sacramental use of ganja, to support a nascent cannabis industry and to begin economizing on the country’s long-standing reputation.

“Even as much as everyone thinks that everyone smokes herb in Jamaica, not everyone does — and there are definitely people who look down upon it,” says Bob’s eldest grandson, Bambaata Marley, a Kingston native now living in Los Angeles. “But from my personal experience in Jamaica, the herb is a daily part of life. For Rastas it comes from a spiritual place.”

The Rastafarian faith regards cannabis — the “wisdom weed” — as a sacrament. Smoking it is a religious rite, harkening back to the notion that cannabis was alleged to have grown on the grave of King Solomon.

Just as a person eats when they’re hungry and drinks when they’re thirsty, they smoke ganja when they want to nourish their souls, says Ras IyahV, Rastafarian board member of Jamaica’s Cannabis Licensing Authority (CLA). “It helps connect you with your inner being, the God being. It helps us meditate and dig deep into our souls to find answers to questions that you’re not normally exposed to,” he says. “[But] because we have it as a sacrament, we automatically became a focus, a target of the state and a lot of brutality.”

Throughout modern history, the government’s attitude toward cannabis has been mostly hostile, targeting Rastas in particular, even though they comprise only a tiny fraction of the population (less than one percent, according to some estimates). Cannabis prohibition in Jamaica had been a tool to incarcerate and dehumanize Rastas, giving law enforcement reason to cut their dreads off in the middle of the street and systematically discriminate against them.

During the Coral Gardens Massacre of 1963, the government went on an anti-Rasta rampage, throwing more than 400 people in jail. After the incident, now known as Bad Friday among Rastas, the government instituted mandatory minimum sentences for possession of even the smallest quantities of marijuana, says parliament member and former justice minister Mark Golding. The minimum for simple possession was 18 months, and five years for crimes like cultivation and dealing. Several figures, like Bunny Wailer, came under fire from these ganja laws during the 1960s.

Until 2015 when Jamaica decriminalized possession up to two ounces as a now ticketable infraction, marijuana offenders risked prison for life, locked up for “crimes” as simple as holding a spliff. Young men in less affluent areas would often come into contact with police over marijuana, smearing their records and compromising their employment prospects, educational opportunities, or ability to visit certain countries.

In recent years, however, with the current of state-by-state legalization in America, Golding and his colleagues took cues from Jamaica’s northern neighbor to push ahead with cannabis law and criminal justice reform. Under Jamaica’s current program, cannabis for medical, scientific or therapeutic uses is legal for licensed businesses or for patients with a doctor’s note. Foreigners in Jamaica can swiftly obtain approval from a local physician, or else use a valid medical marijuana recommendation from their home state or country to buy cannabis from a legal business.

So far, the government has issued 15 business licenses, including one to Balram “Bali” Vaswani, the mogul working to update Jamaica’s cannabis culture, via his latest enterprise Kaya Herb House in Ocho Rios, a resort town on Jamaica’s northern coast. Since it opened last March, it has been bringing Amsterdam-style “coffeeshop” culture to modern-day legal Jamaica. The property is part cafe, part dispensary, part cultivation facility. Vaswani boasts he’s got the only legal dispensary in Jamaica operating; and not only that, but also the first legal ganja smoking room. And for those without a recommendation from a doctor, Kaya has a medical staff on site, where patients can book appointments.

“I’ve always looked at herb as something that brings people together,” he says. “I’ve met so many good people in my life just by consuming.” In that vein, he focused on setting up a genuine hang, centrally located between Kingston and Montego Bay, with a “rustic chic” aesthetic, upscale vibes, but with local-friendly prices, drawing visitors from all over the island, and the globe.

“It reminds me of the days in old coffee houses around the world where artists, writers and different people came together,” he says. “We’ve had a cross section of Jamaicans, from grass-root locals, taxi drivers, Rastafarians, reggae artists and tourists. It really has been a good group of patients that have shared common ideals of finally being able to enjoy a place where they can partake in the consumption of legal ganja.”

There’s a reason Jamaica’s taken a slow and measured approach to its legal cannabis policy — it can’t just legalize. “We have a lot more at stake than large powerhouses such as Canada,” says Cindy Lightbourne, chairman of the CLA. “Our financial system goes through the U.S. — we get aid, money and remittances.” While Canada’s move to legalize cannabis might push the needle forward on international pot policy, Jamaica needs to sit and watch, having taken a position not to defy international treaties, she adds, namely the UN’s 1961 Single Convention on Narcotics and subsequent agreements that largely affect U.S. policy on drug scheduling.

While there’s still a push for cannabis law reform, Lightborne says the CLA is trying to educate the public as to why cannabis law can’t be liberalized further or faster. “We want to make sure we get it right,” she says. “There’s no blueprint for us, we have different concerns than anywhere in the U.S. or Canada.” One of those concerns, for example, is that Jamaica’s correspondent banking goes through New York, breeding concerns over security issues when you’re dealing completely in cash. 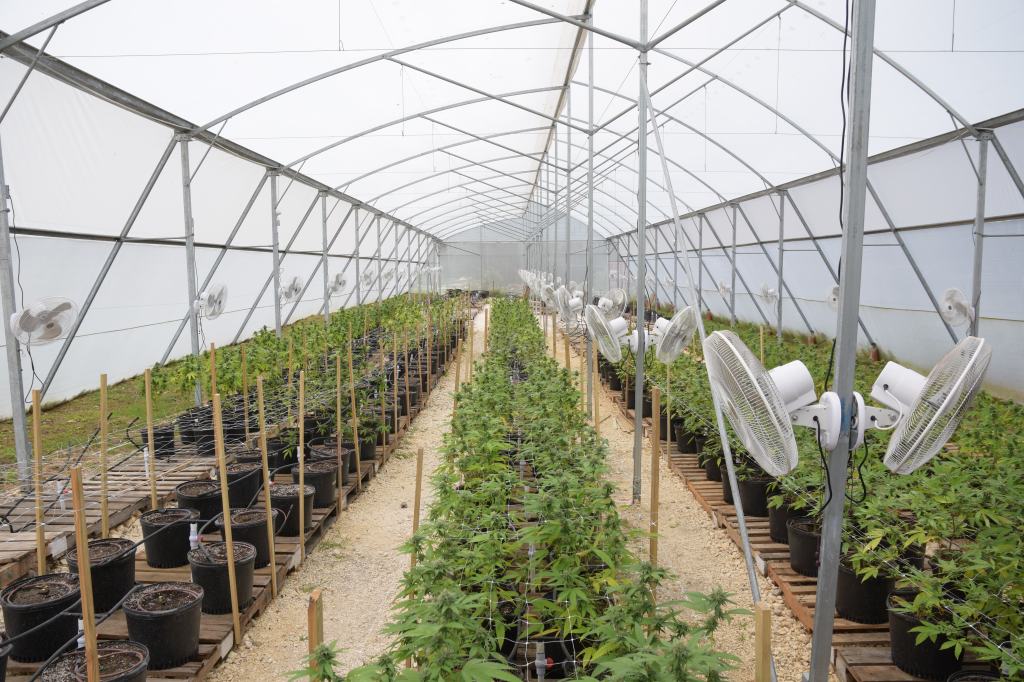 All of Jamaica’s trading or overseas purchases are done in U.S. cash, since the seller most often operates in American cash, she adds. So Jamaica’s flexibility in liberalizing its own cannabis program is contingent on what the States end up doing with cannabis on a federal level.

Because of Jamaica’s dependance on the U.S. for trade and tourism, the government never pushed ahead with attempts to reform cannabis law, Golding explains. And as such, the government’s stance had been a longstanding source of discontent in certain sectors of Jamaican society for decades.

Given the history, Golding was careful to ensure that Jamaica’s revamped cannabis policy would grant Rastas immunity from the regular law for possessing or cultivating cannabis — they just can’t sell it without a license.

However, due to financial incapacity, most Rastas aren’t in a position to fully participate in Jamaica’s budding cannabis industry, anyway, says IyahV. “What we’re advocating for is that the government ensure that Rastafari and the grassroots can compete in this industry, participate meaningfully, and benefit spiritually and economically.”

Even though Rastas comprise a minority of Jamaica’s population, their attitude toward cannabis has been influential far beyond the island, and far beyond their own faith. Through their art and music, through their relationship to the cannabis plant, Rastas have helped shift public perception. “Art helps to start conversations that can change policies,” says Bambaata Marley. “Now things are better, based on the medical reasons, but Rastas have been telling the world about this for years. Based on my use of the tree, I know I shouldn’t be locked up for it. Naturally, we should be going toward this legalization and decriminalization.”