Paris Hilton wore a diamanté mesh face mask when she headed out to dinner with boyfriend Carter Reum and a group of her friends on Tuesday night.

The 39-year-old slipped into a white lace prom-style dress for dinner at LA hotspot Madeo but all eyes were on the mask which was covered in holes and probably not the safest thing to wear amid the coronavirus pandemic.

Paris’s dress had semi-sheer panels and she teamed it with matching white court shoes for her big night out. 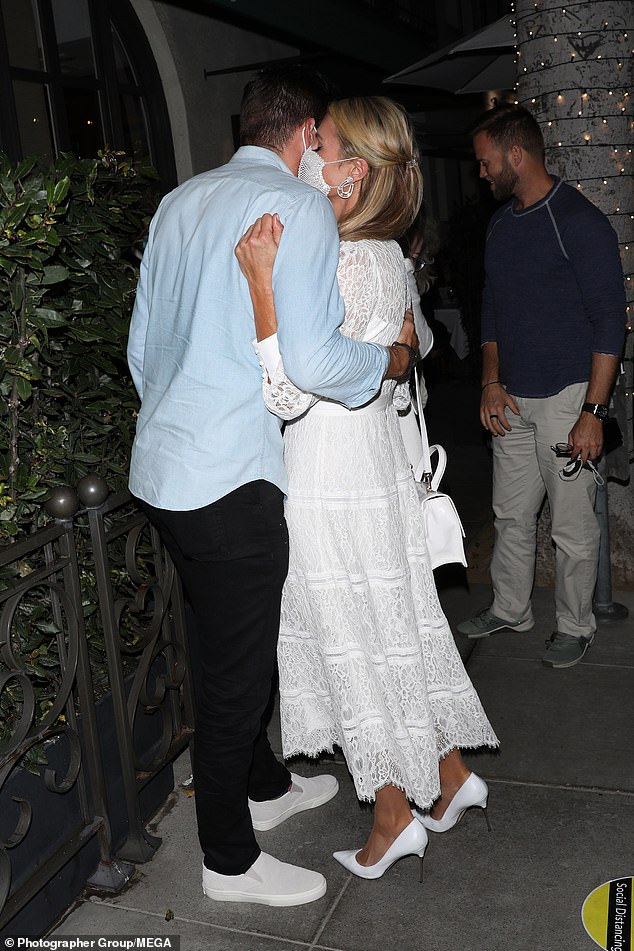 That’s not going to help much! Paris Hilton wore a diamanté MESH face mask as she tenderly cuddled boyfriend Carter Reum outside Madeo restaurant in LA on Tuesday 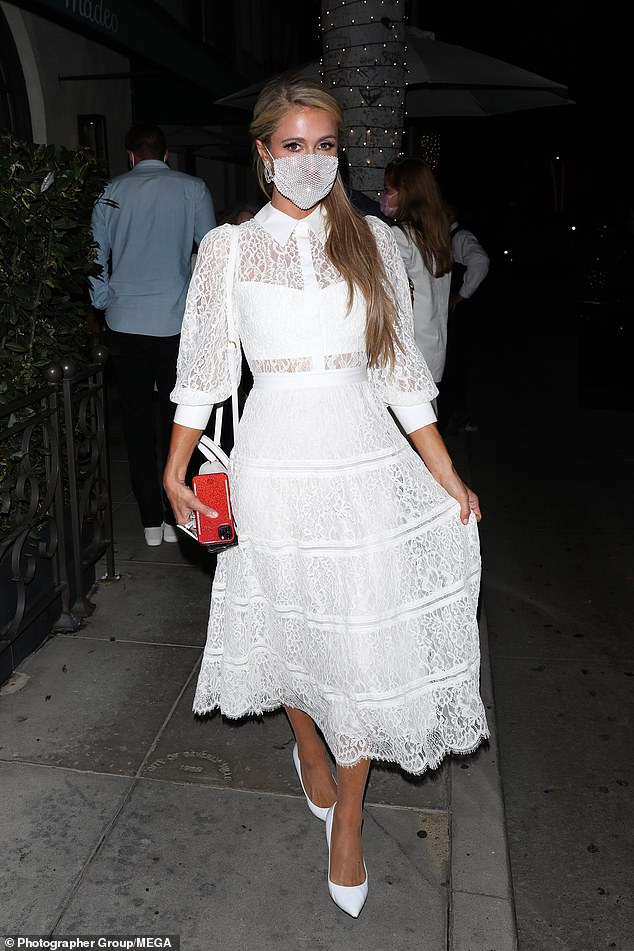 Doing her own thing: The 39-year-old slipped into a white lace prom-style dress for dinner and sky high court shoes – but all eyes were on that pointless, yet chic mask

She carried a white handbag and added a pop of colour to her look, carrying a red phone case.

She also hugged a friend, failing to adhere to social distancing measures.

They then left in separate cars, with Paris putting on vintage white sunglasses for the journey. 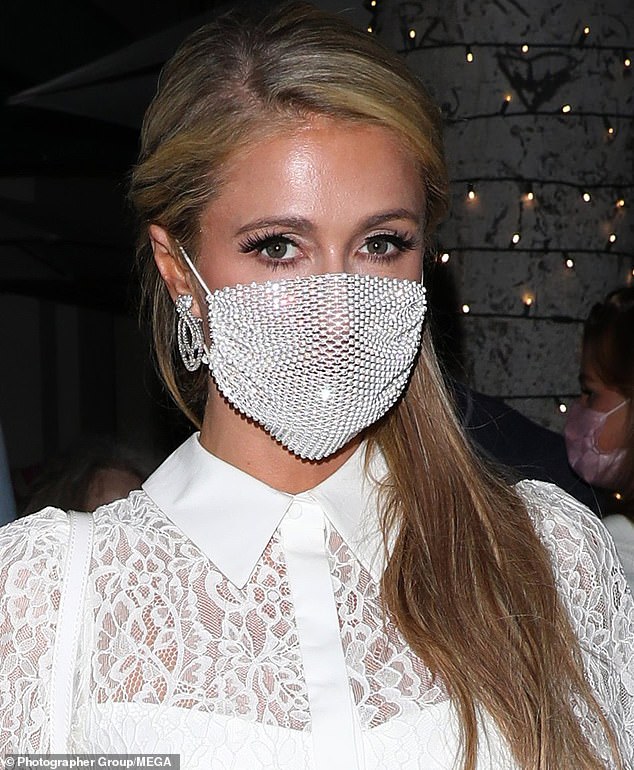 Not up to the job: While Paris’s mask offers a lot of bling, it’s probably lacking in protection 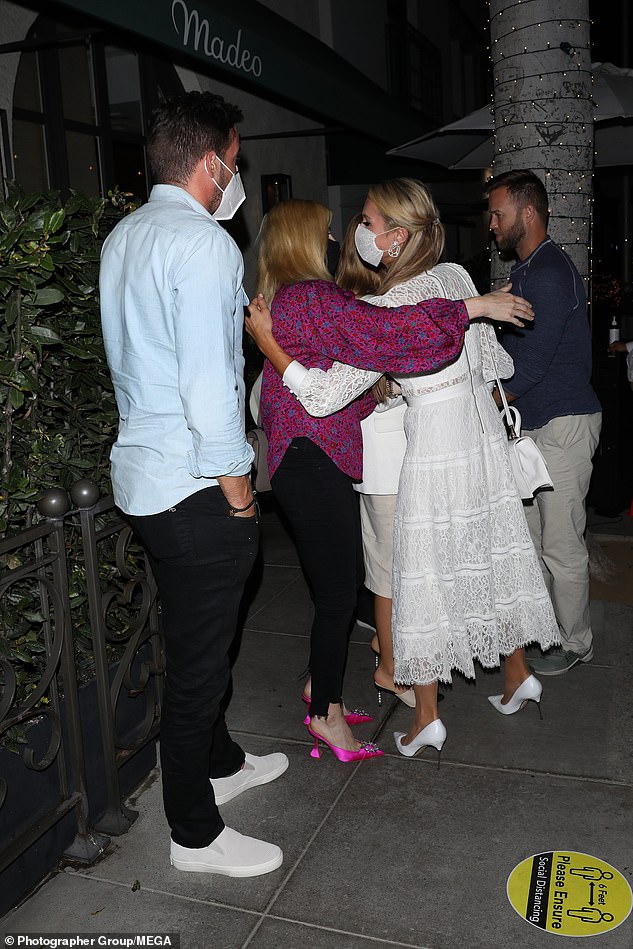 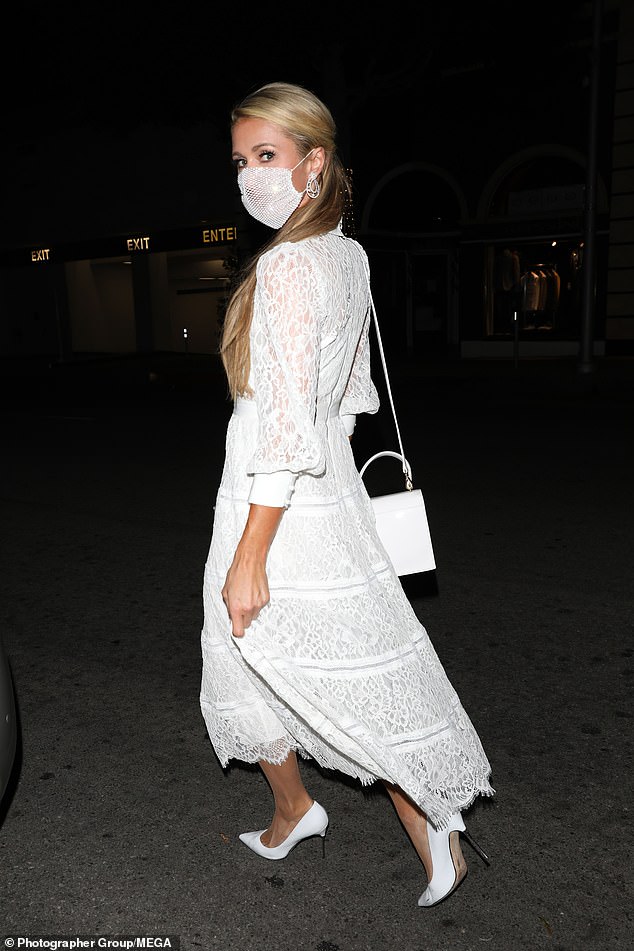 Chic: Paris did look stunning on the night in her all-white get-up On Saturday night, Paris dined at Nobu with Carter and didn’t wear a mask at all as she made her way back to her car.

Carter is Paris’ first romance since she split from fiancé Chris Zylka in November 2018, with a source telling E! News the new relationship is going well.

The couple made their first public appearance at the Golden Globes back in January.

They said: ‘They are very happy together. They met through friends, and everyone is saying what a great couple they make.’

The TV star recently posted a gushing tribute to the businessman on her Instagram as they celebrated an ‘anniversary’.

She wrote: ‘Happy anniversary my love! So many magical, special & unforgettable memories. 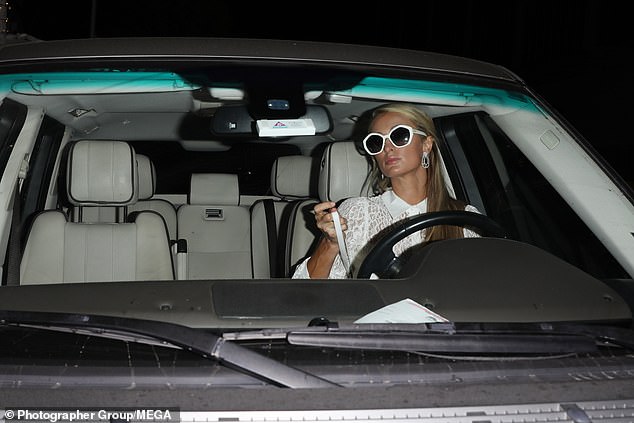 Meeting up later? She and Carter left in separate cars, with Paris putting on vintage white sunglasses for the journey