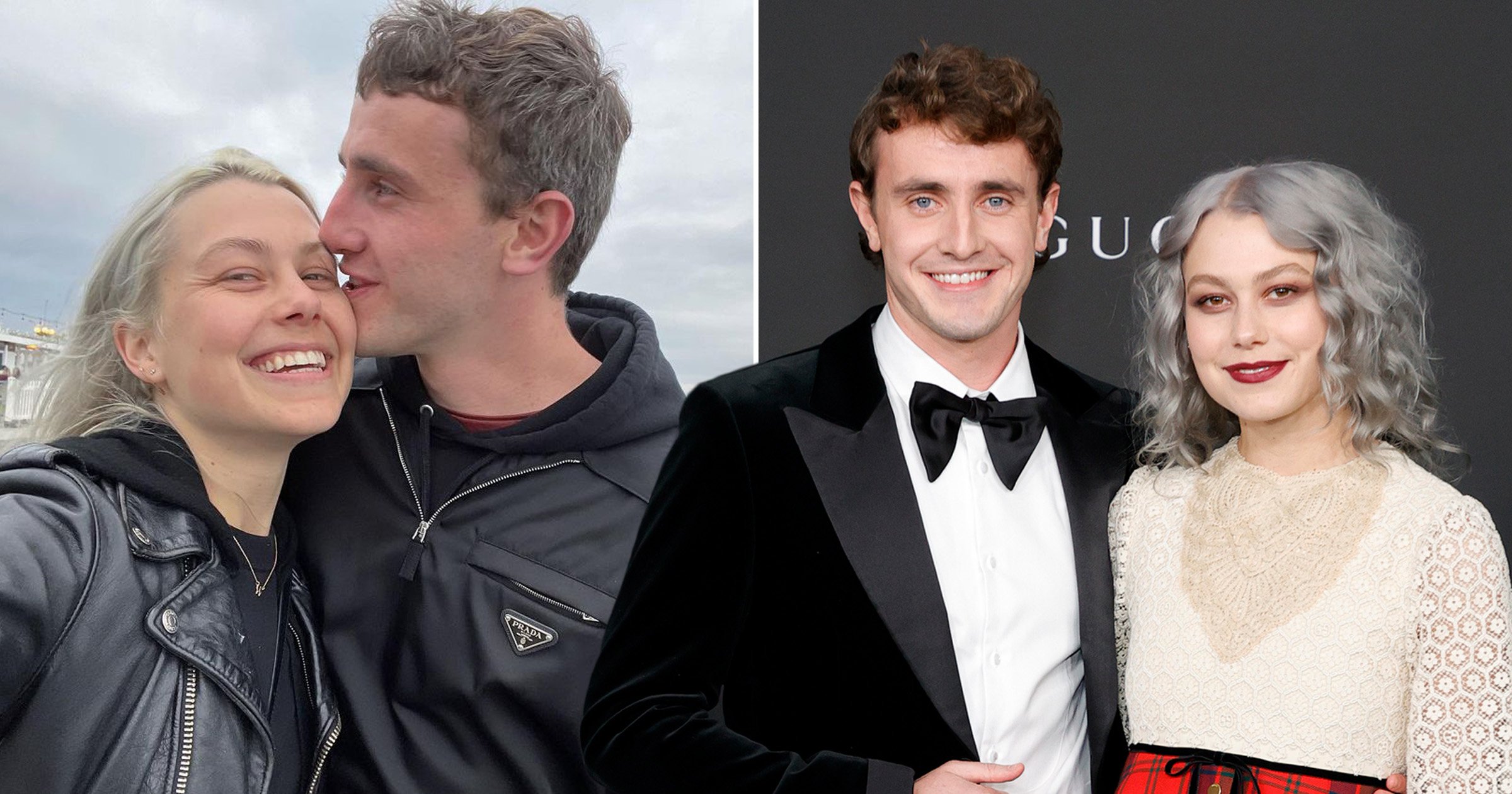 Paul Mescal and Phoebe Bridgers have caused a stir after the singer reportedly called the actor her ‘fiancé’ at Coachella.

The couple sparked engagement speculation at the California music festival, as they mingled with guests at a party during the second weekend of the festival, which saw epic performances from the likes of headliners Harry Styles and Billie Eilish

Punisher singer Phoebe, 27, and Normal People star Paul, 26, were first linked back in 2020, before making their red carpet debut together at the LACMA Art+Film Gala in November.

A month later, and they went Instagram official with an adorable windswept selfie of the couple taking a walk along the pier, with Paul laughing as he leaned in to kiss Phoebe’s head.

Now it’s thought they have taken their relationship to the next level.

A partygoer claimed that the pair made no secret of the fact they were engaged at Coachella, with Phoebe introducing Paul as her ‘fiancé’ at the event, according to The Sun.

Paul was also seen hanging out with his Normal People co-star Daisy Edgar-Jones, who stars alongside Andrew Garfield in new FX TV series Under the Banner of Heaven.

Their first public interaction came on Twitter in May 2020 after the indie musician watched Sally Rooney’s Normal People.

The exchange quickly led to a blossoming friendship and the two collaborating on Phoebe’s Savior Complex music video.

Phoebe Waller-Bridge directed, while Paul starred, with the singer saying it was his idea.

Phoebe also admitted publicly to NME that she thought Paul was a ‘cute boy’ after watching Normal People, and her heart did ‘a little pitter-patter’ when he followed her back on Instagram.

Paul also gushed about his girlfriend in November 2020 – identity then unknown – calling her ‘a lifesaver’ and ‘invaluable’ in recent months, adding: ‘Really, I don’t know where I’d be without her.’

Metro.co.uk has contacted reps for Phebe and Paul for comment.