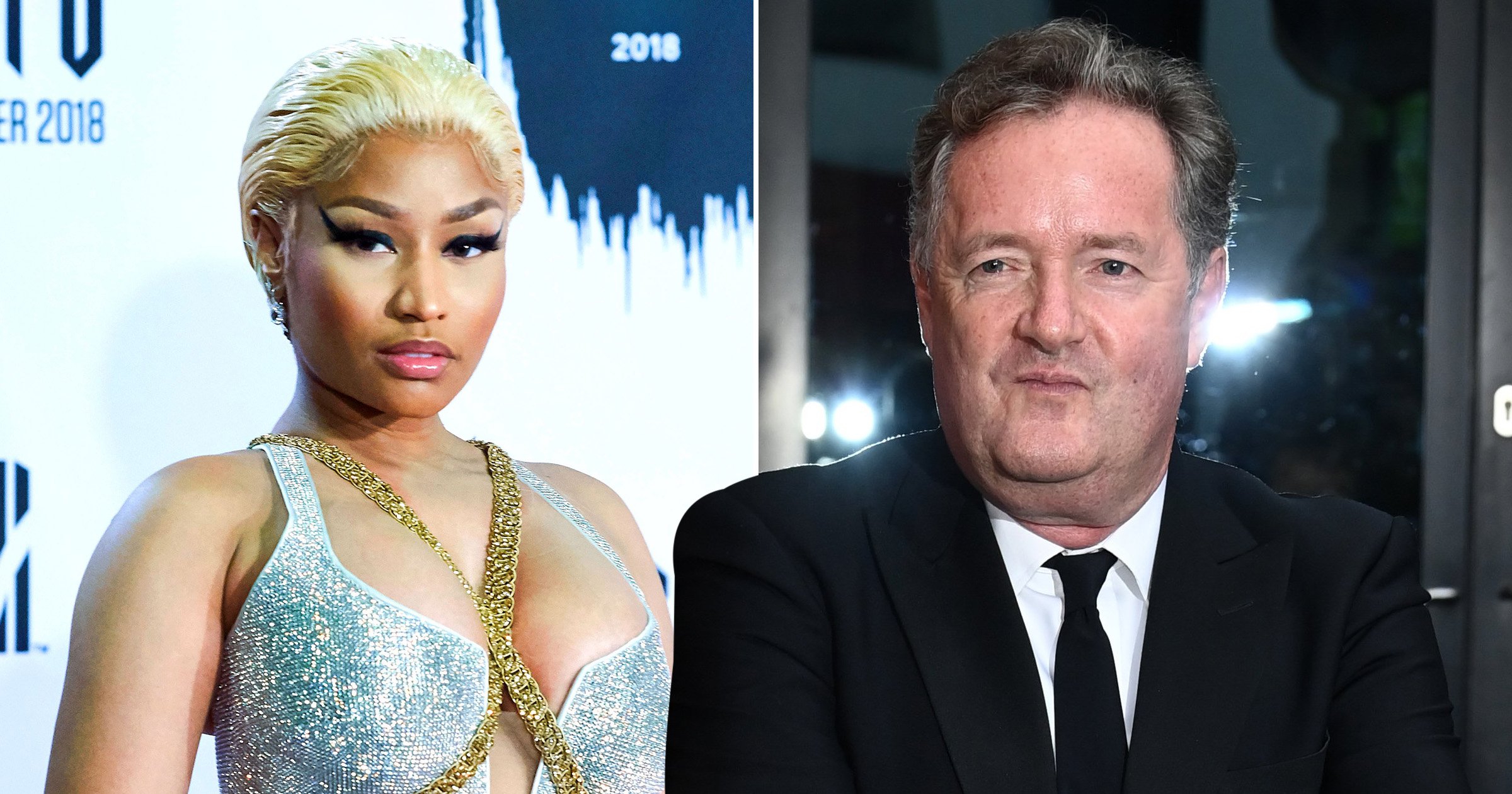 Just when you thought Nicki Minaj’s bizarre voice note to Boris Johnson over his briefing comments would end the drama, Piers Morgan has now had his say.

It has been a wild afternoon with the Prime Minister being questioned on the Starships rapper’s stance regarding the coronavirus vaccine, after she shared a story on Twitter about a cousin’s friend who allegedly became impotent following his jab.

After she was called out by chief medical officer Chris Whitty over the claims, and Mr Johnson confessed he wasn’t ‘familiar’ with her work, she sent him a voice note in a ‘British’ accent, offering to send him a portfolio of her work.

While the politician has yet to respond, Piers discussed the ‘beef’ on his own Twitter page, branding the musician ‘ghastly’.

‘Professor Whitty beefing with the ghastly @NICKIMINAJ (one of the rudest little madams I’ve ever met) is not the breaking news that I expected today – but it’s most welcome.

Taking to Twitter, she shared an unsubstantiated story about someone who allegedly became impotent after receiving the jab, telling fans: ‘My cousin in Trinidad won’t get the vaccine cuz his friend got it & became impotent.

‘His testicles became swollen. His friend was weeks away from getting married, now the girl called off the wedding.

‘So just pray on it & make sure you’re comfortable with ur decision, not bullied [sic].’

Mr Johnson and Professor Chris Whitty were questioned on her tweets at today’s Downing Street press conference, in which the PM stated: ‘I’m not as familiar with the works of Nicki Minaj as I probably should be, but I’m familiar with Nikki Kanani, superstar GP of Bexley who has appeared many times before you, who will tell you that vaccines are wonderful and everybody should get them.

‘So I prefer to listen to Nikki Kanani.’

Mr Whitty also dismissed her claims, vowing that those who share disinformation surrounding the coronavirus vaccine should be ‘ashamed’.

Responding to a video of the press conference, Nicki later tweeted: ‘I love him even tho I guess this was a diss?

She then went one further and put on a ‘British’ accent and shared a voice note for Mr Johnson, saying: ‘Yes, hello Prime Minister Boris, it is Nicki Minaj. I was just calling to tell you that I thought you were so amazing on the news this morning and I’m actually British.

‘I’d love to send you my portfolio of my work, since you don’t know much about me. I’m a big, big star in the United States.’