During her appearance, Emily was determined to clarify what Jeremy Corbyn’s and the Labour Party’s intentions are on Brexit.

But, the conversation soon turned heated when Piers fired a series of questions at the MP, leaving her little time to clarify her answers.

During the interview, Emily asked if she could give her say on the possibility of renegotiating the Brexit deal.

But, Piers probed her for an answer, replying: “No, I want you to answer the question!

“You can after, but this is yes or no,” before asking her the question again.

One user wrote: “@EmilyThornberry deserves a medal for that @piersmorgan interview.

“She was just shouted at for 15 minutes straight about Brexit.”

But Piers insisted he had no need to apologise as he replied: “I make no apologies for robustly challenging senior politicians about this Brexit fiasco. None. Zero. Nada.” 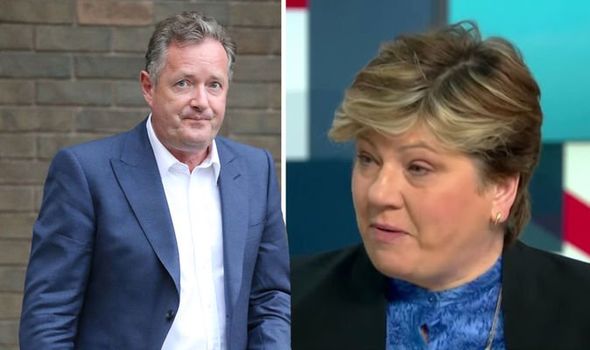 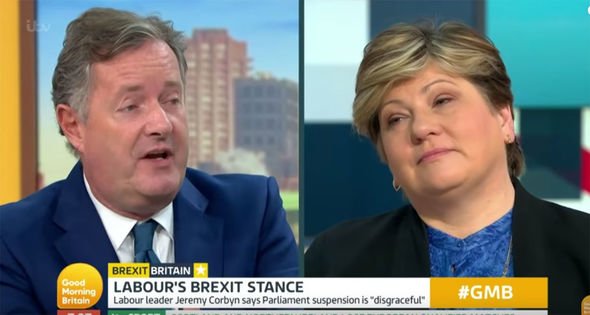 “I was getting her to repeat her, because I find it inexplicable,” Piers replied in view of his 6.8 million followers.

Other Twitter users shared their thoughts on the controversial interview, with another praising the Good Morning Britain star.

They commented: “Great interview, you get slated for the way you conduct interviews but I don’t see people not turning you off.

“They love you being ruthless and to the point as it brings debates and gets people talking and boost ratings. 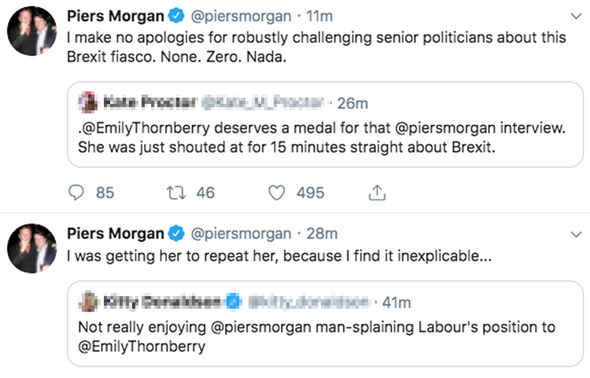 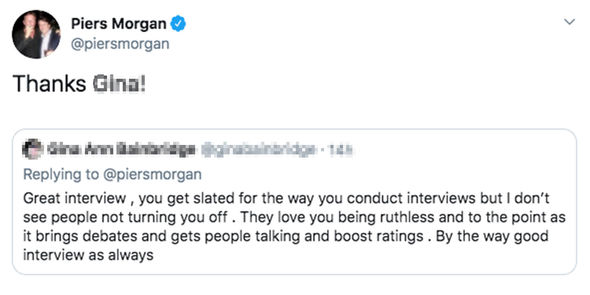 “By the way good interview as always.”

A fourth Twitter user penned: “Go Piers. Brilliant. I’m amazed Emily’s eyes are still in place, the amount of times she rolls them!”

Piers replied making a flippant reference to his co-star Susanna.