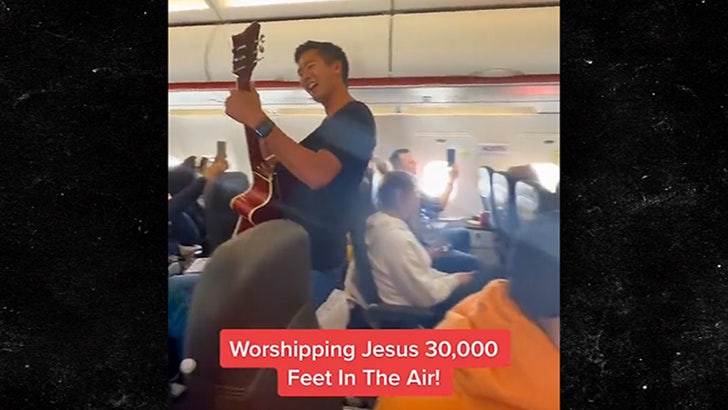 It’s Easter weekend, but one group of airplane passengers got an early dose of JC juice while 30,000 feet up in the air and halfway around the world … with no way to escape.

Check out this video that’s making the rounds right now — it shows a packed flight with a good handful of passengers singing what appear to be Christian songs to the rest of the cabin … jamming out on a guitar and walking up and down the aisle in high spirits.

Sounds perfectly innocent, but when you get a glimpse at how others (besides the churchgoers) react … you can tell some aren’t too thrilled about the impromptu performance. 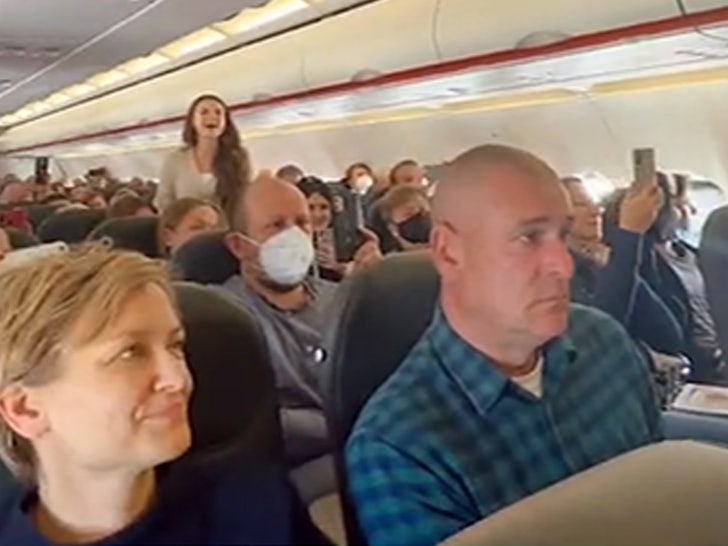 There might be some missing context here to fully explain this … namely, whether this was a plane full of folks from the same church/denomination, or whether these Christ-followers hijacked things and projected their faith onto everyone else without asking. It’s unclear.

What we do know … this video was shot/posted by Jack Jensz Jr. — who seems to be a pastor of some sort, and who founded an org called Kingdom Realm Ministries.

Him and his congregation have been in Europe lately helping out the refugees fleeing Ukraine, and according to his FB timeline — this might’ve been shot on a flight to Germany around April 9, so a full week ago at this point. It just seems to be getting picked up now.

Again, if everyone onboard was down and consented to this … no harm, no foul. But, if there was anyone there who might’ve not shared their faith, this seems to be a bit infringing.