The ’90s were a glorious decade for many reasons: gel pens, the Macarena, scrunchies, Tamagotchis, and let’s not forget the food. Growing up, my childhood pantry was always stocked with Pop-Tarts. For a short period in time, my mom would occasionally come home with a box of Pop-Tarts Crunch Cereal. That is until Pop-Tarts Cereal wasn’t a thing anymore. Fast forward to now and Kelloggs is reviving two of the most recognizable Pop-Tarts flavors ever. Pop-Tarts Cereal is coming back for the ’90s throwback breakfast of your dreams.

Kellogg’s confirmed the delicious news that Pop-Tarts Cereal will be returning to grocery store shelves in the near future. Just like the ’90s, you’ll be able to get Pop-Tarts Cereal in the same two flavors: Frosted Strawberry and Frosted Brown Sugar Cinnamon, according to Kellogg’s. I don’t know about you, but these were my top two Pop-Tarts flavors growing up. When push comes to shove, I’m more of a Frosted Brown Sugar Cinnamon girl myself. Each bite of cereal is filled with Brown Sugar Cinnamon or Strawberry flavors and topped off with the classic Pop-Tarts frosting you know and love. Pop-Tarts’ Frosted Strawberry Cereal even appears to have rainbow sprinkles on top, just like the actual pastry itself.

I’m so hungry just writing about Pop-Tarts Cereal that my ’90s cravings are in overdrive right now. Unfortunately, you can’t venture out and grab a box just yet. Expect to see this ’90s breakfast throwback at your local supermarket starting in early 2019, according to Kellogg’s. There are still more than four months left of 2018, and 2019 already is shaping up to be a dreamy year. Pop-Tarts Cereal is definitely giving me something to look forward to. 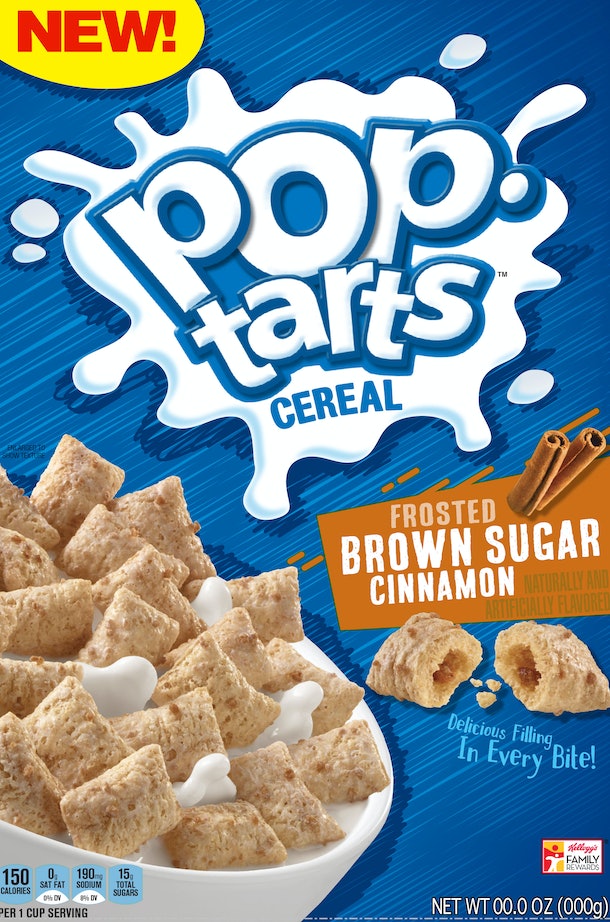 Upon its release, Pop-Tarts Cereal will be available nationwide, according to Kellogg’s. It’s unclear if Pop-Tarts Cereal is a limited-release situation or if the throwback morning meal is making a permanent comeback. I would love to see Pop-Tarts Cereal stay for good, but only time will tell. Whatever the timeline is, I’m here for it. 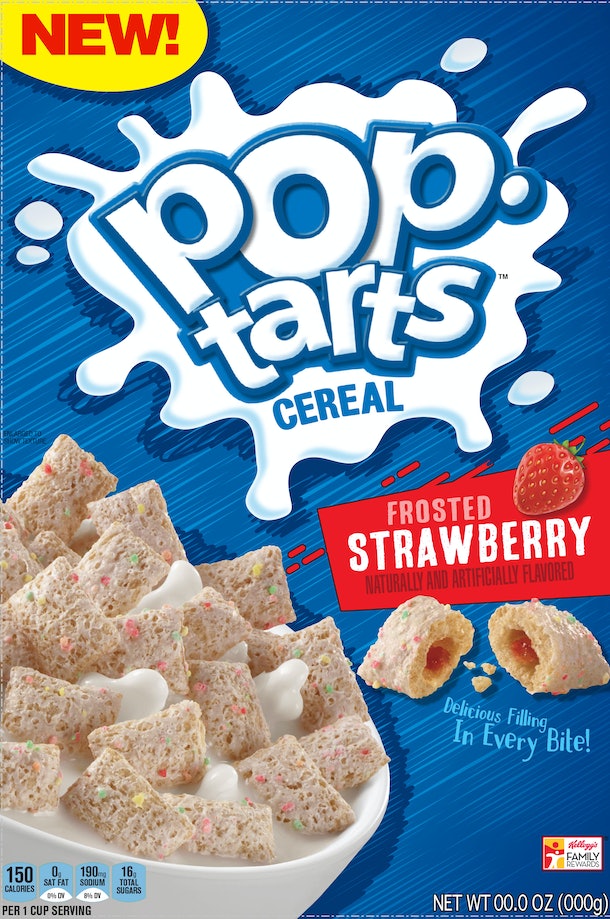 Maybe you didn’t eat Pop-Tarts Crunch Cereal as a kid. According to Mr. Breakfast, Pop-Tarts Crunch Cereal was only in production for a short time starting in September 1994. It’s a relatively small window in the grand scheme of growing up. Either way, I’ll take a gamble that you’ve at least eaten a Pop-Tart or two in your lifetime. Pop-Tarts, in general, make me so nostalgic for elementary school. Oh, and I never toasted my Pop-Tarts, either. I just pulled open the silver foil wrapper and dove right in. I did have a very specific method of eating a Pop-Tart. Did you ever eat all of the edges first before chowing down on the middle? Yeah, me too. That’s the good stuff, and it’s the only way to eat a Pop-Tart as far as I’m concerned.

Unless it’s in a bowl, of course. Then I’m all for eating Pop-Tart Cereal with a spoon and a splash of milk. Let the countdown begin to 2019, ’cause I’m ready to pour up a bowl of Frosted Brown Sugar Cinnamon Pop-Tarts Cereal.