Christine Quinn proved her pregnancy hasn’t slowed her down as she posed up a storm for Playboy South Africa’s International Women’s Month issue.

The Selling Sunset star, 32, who is expecting her first child with  retired tech entrepreneur husband Christian Richard, dared to be bold as she displayed her baby bump in striking outfits, styled by Paola Estefania.

Leaving little to the imagination, the real estate agent nearly went nude as she wore just a cloth for her cover look. 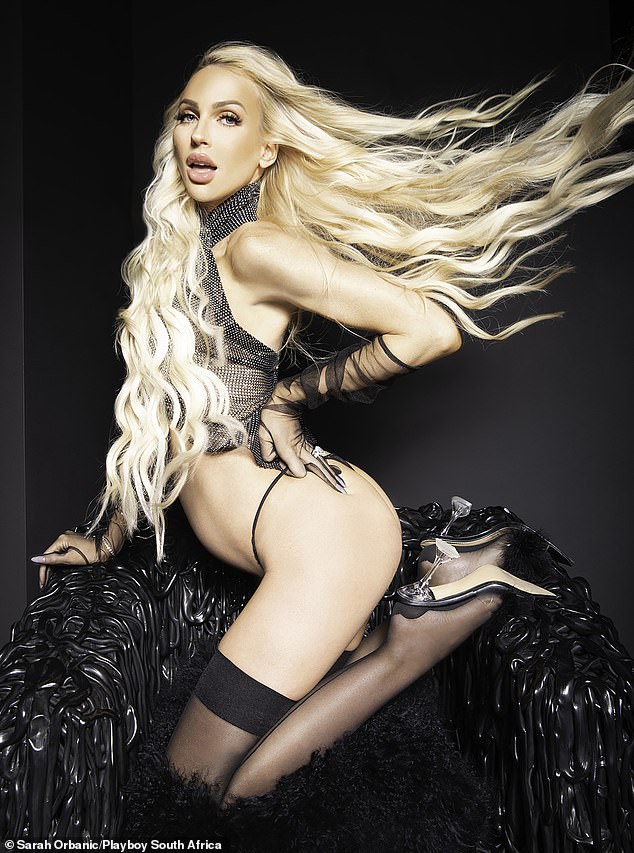 Hot mama! Christine Quinn proved her pregnancy hasn’t slowed her down as she posed up a storm for Playboy South Africa’s International Women’s Month issue

The media personality looked ethereal as she cupped her stomach in a flowy nude material.

Amping up the sex appeal, the bombshell also modelled see-through co-ords in a bath, which was covered in petals.

The PrettyLittleThing ambassador was the picture of confidence as she later switched into a tasselled garment. 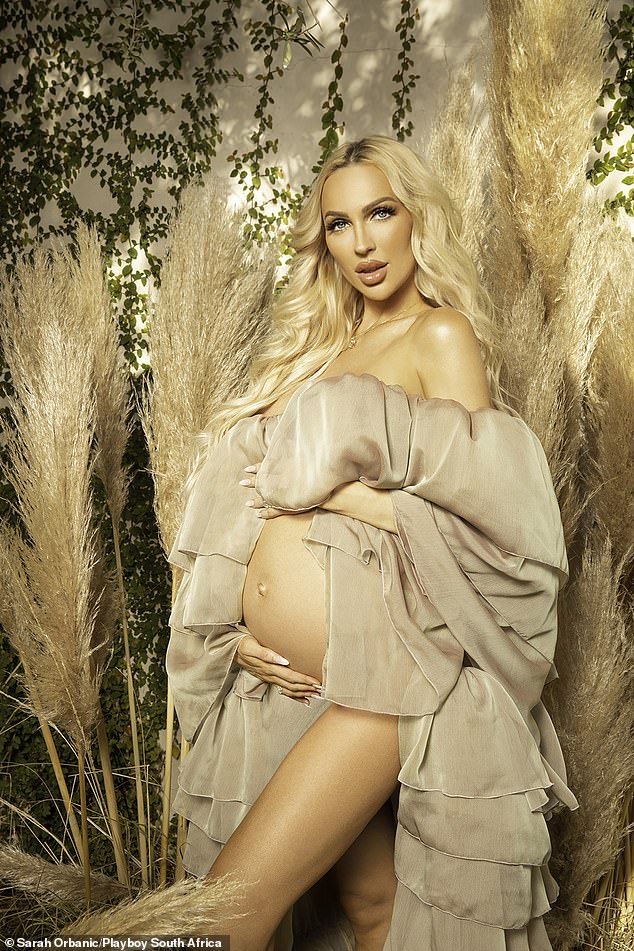 Less is more: The Selling Sunset star, 32, displayed her baby bump as she nearly went nude in just a cloth for her cover look

Watch her glow: Amping up the sex appeal, the real estate agent modelled see-through co-ords in a bath tub, which was covered in petals 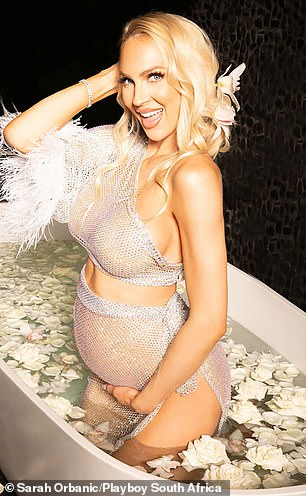 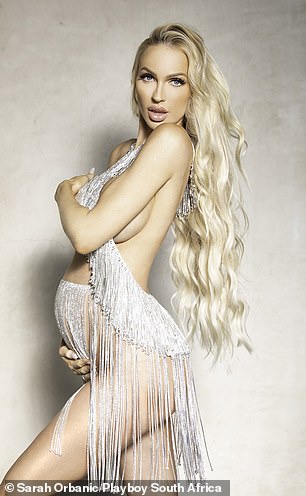 Working it: The PrettyLittleThing ambassador was the picture of confidence as she later switched into a tasselled garment 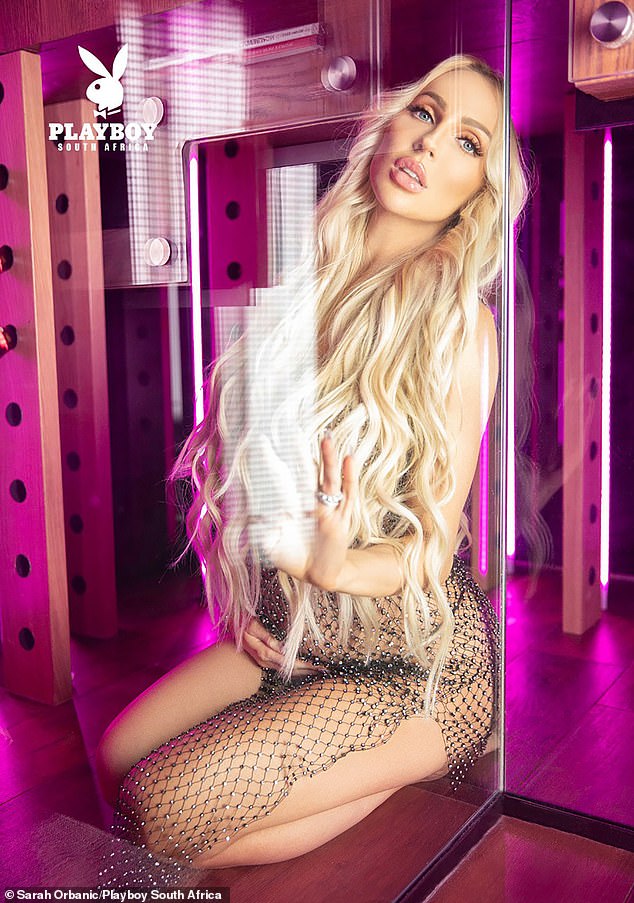 Radiant: The yummy mummy-to-be wore her lengthy tresses in mermaid-style waves while her complexion was enhanced with dewy make-up

The blonde recently predicted she’ll be a Mean Girls-style ‘cool mom’ in an interview on This Morning.

In the virtual interview, the reality star insisted she’ll take inspiration from Amy Poehler’s Mrs. George in the 2004 hit film when it comes to raising her child.

When asked about how she thinks her parenting skills will be like, the model told British hosts Holly Willoughby and Phillip Schofield: ‘I think I’m gonna be a really cool mom like the mom in Mean Girls.

‘It was such a huge milestone in my life, motherhood is such a special thing. We released it about a week ago and we’re so thrilled. 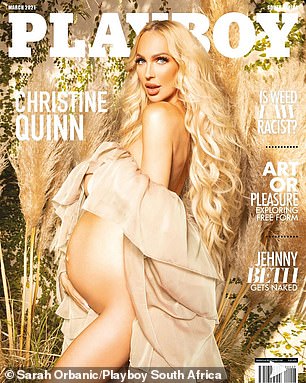 Out now: The TV star’s shoot is available in this month’s Playboy South Africa

The actress’ iconic portrayal of Regina’s mother in the comedy saw her dance at her daughter’s high school performance and offer teenagers cocktails.

Despite having a rocky relationship with her cast members, Christine will be forced to spend more time with the fellow property experts as Netflix recently announced their programme has been renewed for two more seasons.

The TV star expressed her excitement over the upcoming series as she added: ‘Selling Sunset has been renewed for not one but two seasons, we’re going to be filming very soon and I’m so excited about that.’ 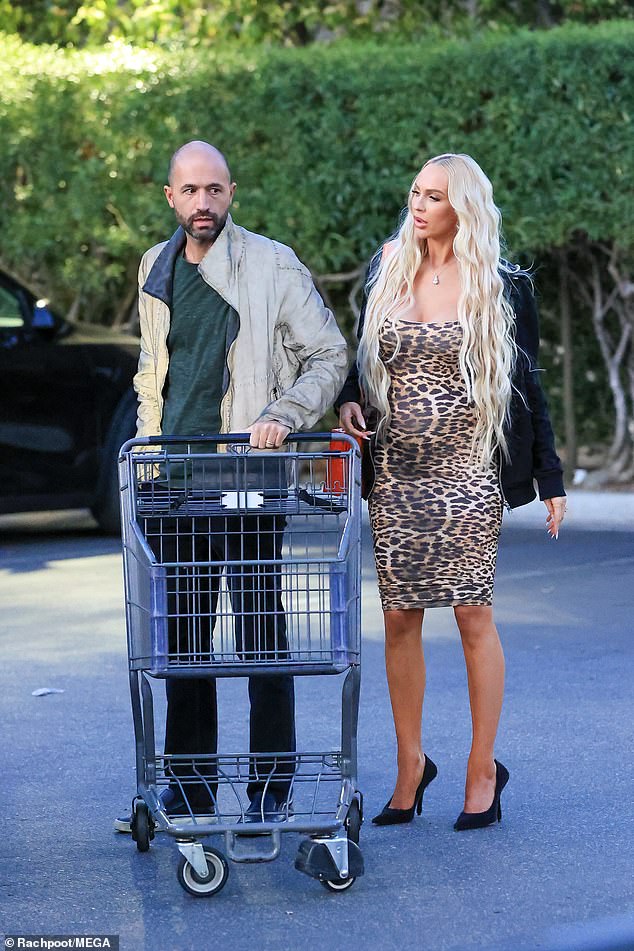