Prince William says he is “sad” that he and younger brother Prince Harry are now “separate entities,” in comments made public just before the two will  come meet together with the Queen and their father to discuss the Duke of Sussex and wife Meghan Markle‘s historic announcement that they intend to “step back as ‘senior’ members of the Royal Family.”

Last year, the couple moved from Kensington Palace, figuratively and physically, and formed their own household amid months of rumors of a rift between the couples. In October, Harry confirmed in a documentary that there was tension between him and William, without elaborating.

“I’ve put my arm around my brother all our lives and I can’t do that any more; we’re separate entities,” the Duke of Cambridge, who is third in line to the British throne, told a friend, the Sunday Times reported. “I’m sad about that. All we can do, and all I can do, is try and support them and hope that the time comes when we’re all singing from the same page. I want everyone to play on the team.”

On Saturday, it was reported that Queen Elizabeth II has summoned Harry for a crisis meeting on Monday at her country estate to discuss future arrangements for him and Meghan. The meeting, dubbed the “Sandringham Summit,” will also be attended by William and dad Prince Charles. 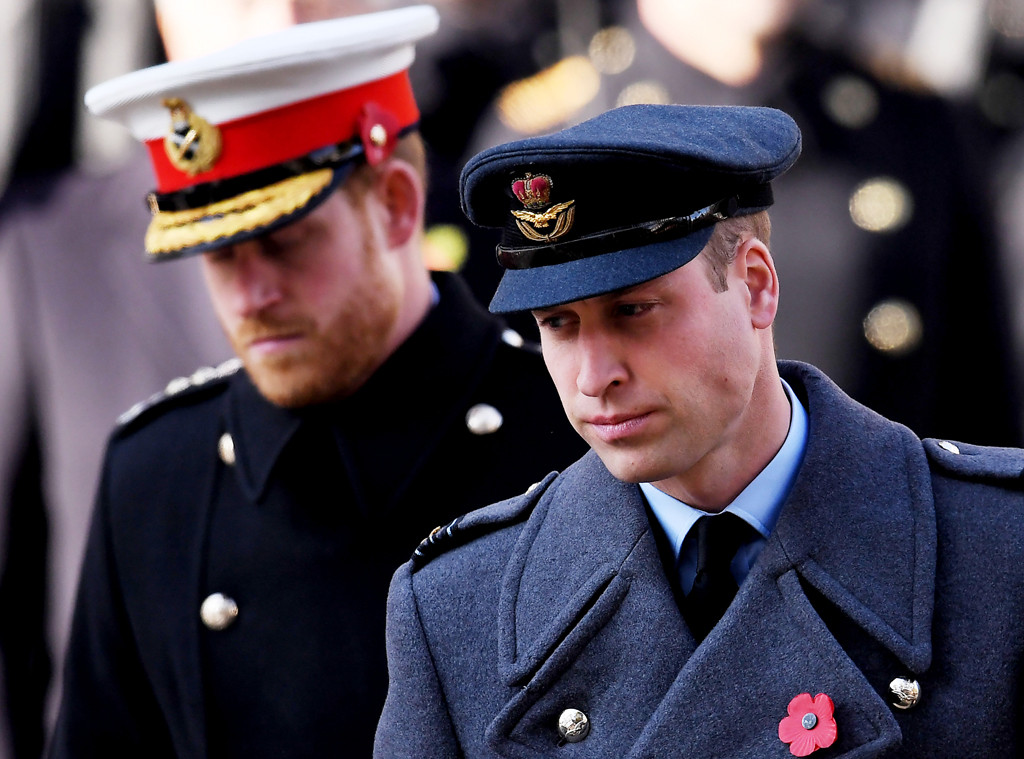 It will mark the first time Harry will come face-to-face with his family since he and Meghan made their royal exit announcement last week, during which they said they wish to become “financially independent” and live part-time in North America. They did not tell Harry’s family about their decision in advance.

According to the Sunday Times, topics for discussion include: How much “official” royal work Harry and Meghan will do in the U.K. and overseas on behalf of the Royal Family and the government, their Royal titles and how they will be styled, how much money they might receive from the Queen and Charles once their sovereign grant public funding is cut, and what commercial deals the couple might be allowed to strike. Last month, the couple filed to trademark the name of their foundation, Sussex Royal, which “covers a wide range of goods and services from books to clothing and educational and charitable campaigns.”

One possible outcome include having Harry and Meghan’s security downgraded, with protection squad officers armed only with Tasers rather than guns, the newspaper reported.

Reports said that Meghan may phone into the meeting from Canada. She, Harry and their son Archie Harrisonhad spent six weeks in the country, where she had lived when she starred on Suits, over the entire U.S. holiday season. The duke and duchess then flew to England for their first official engagement of 2020, leaving their boy with a friend, and she returned to Canada after the royal exit announcement was made,

Harry and Meghan’s historic announcement on Wednesday also comes amid more than a year of much negative press about the duchess by U.K. tabloids, who the duke has largely resented due to how they covered his late mother, Princess Diana, who died in 1997 in a car crash after trying to escape the paparazzi in Paris. He has slammed them over their coverage of Meghan and the two have even sued a few outlets.

In 2016, Kensington Palace issued its first confirmation of the couple’s relationship, during which it condemned the harassment Meghan, who is biracial, had recently faced due to her romance with Harry, slamming the “sexism and racism of social media trolls and web article comments.” Such posts have continued to this day.

“Any husband wants to protect their wife and any father wants to protect their children, and particularly when he’s a very principled individual,” JJ Chalmers, who served in the British military with Harry, recently said on the BBC’s The One Show. “So when he looks at the way that the media for example reacts and how social media talks about someone, he has to answer to his son one day, when he begins to understand this and be able to look him in the face and say, ‘I made the right decision and I did right by you.’ Ultimately, [Harry] grew up in the limelight and he knows how this can end if it’s not handled correctly.”