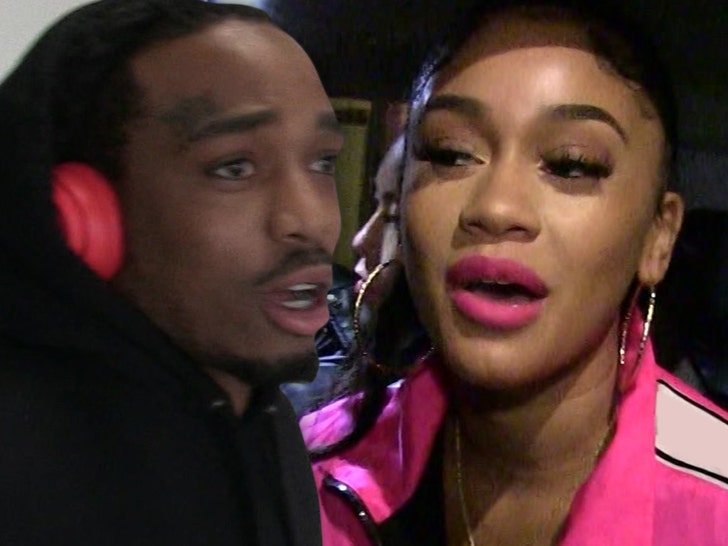 Quavo apparently isn’t done rehashing his past relationship with Saweetie … using their old elevator fight to create a new visual for a music video.

The 2 active Migos — Quavo and Offset — dropped the video Monday for their song “Messy” … and they’re dredging up the incident where the then-couple went at each other inside an elevator at LAX.

In the music video, Quavo is solo as he acts out his reimagined elevator scenario. While there’s no female companion with him, there is an orange Call of Duty box … just like the one Saweetie snatched from him during their 2021 altercation. 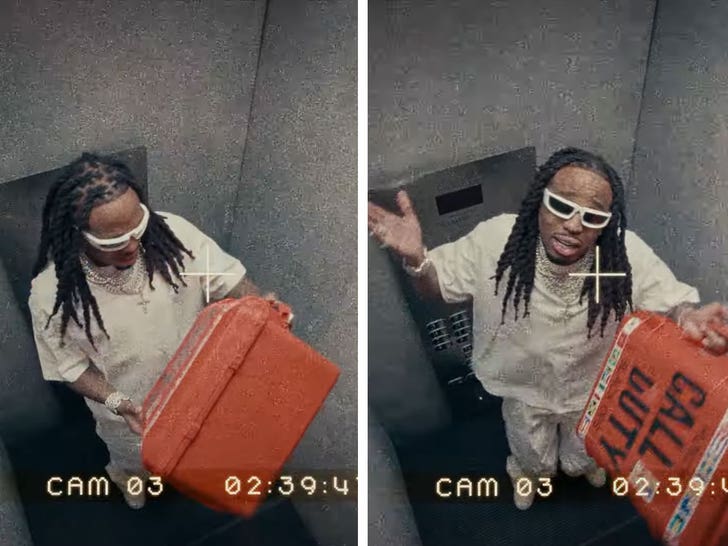 Quavo co-directed the video with DAPS — he’s clearly in control of the vision … which refuels the fire from the songs lyrics where he raps, “I said, ‘Caresha Please’ ’cause she too messy/Bitch f****d my dog behind my back, but I ain’t stressin’/You wanted the gang, you should’ve just said it, we would’ve blessed it.”

As we told you at the time, investigators decided not to pursue charges based on insufficient evidence to make a substantial case.

In the court of hip hop law … Saweetie might want to drop a diss track or something because Quavo has been relentless.

Or should we say messy?!