The queen attended the opening ceremony for the sixth session of the Scottish Parliament Saturday, alongside Prince Charles and Camilla, Duchess of Rothesay in Scotland. During her address, the monarch spoke on the love that she and her late husband shared for the country.

“I have spoken before of my deep and abiding affection for this wonderful country, and of the many happy memories Prince Philip and I always held of our time here,” she said. “It is often said that it is the people that make a place, and there are few places where this is truer than in Scotland, as we have seen in recent times.”

For the event, the monarch wore a green wool A-line coat featuring gold buttons, over a gold vibrant floral printed dress, both by Stewart Parvin, per People. She also donned a matching green hat by Rachel Trevor Morgan, as well as the Queen Mary diamond thistle brooch. 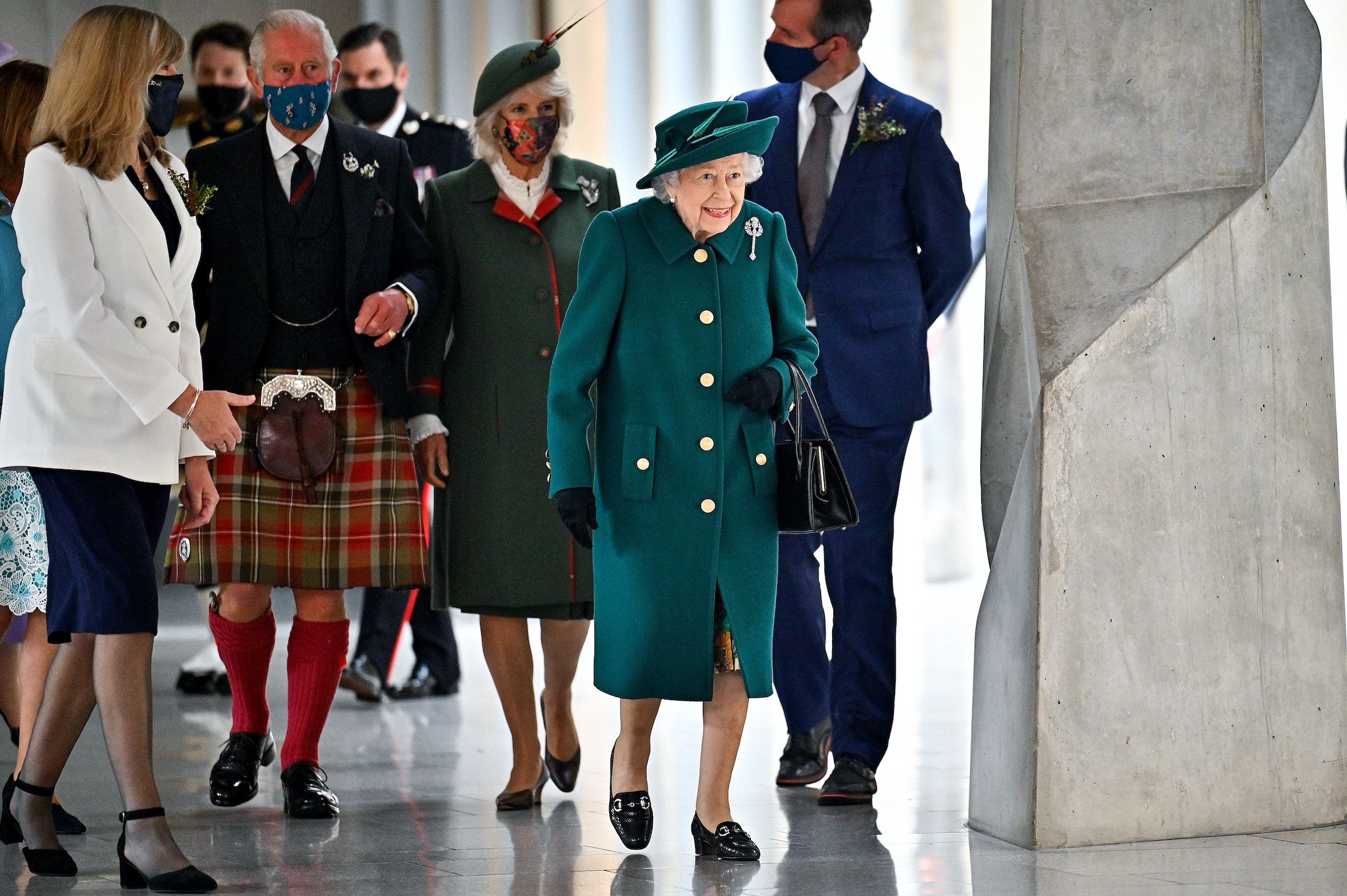 The queen’s speech marks the first time the queen has spoken publicly about the Duke of Edinburgh since his death in April at the age of 99. She previously paid tribute to Prince Philip on what would have been his 100th birthday last June, she received a special shrub rose that was named in honor of her late husband, gifted to her by the Royal Horticultural Society. The roses were also planted in the East Terrace Garden of Windsor Castle.

The queen returned to royal duties this month, after spending her first summer holiday at Balmoral Castle since Prince Philip passed away. Prince William, Kate Middleton, and their children also made the trip to Balmoral for some quality time with the queen in the last weekend of August, which has become an annual tradition, per Vanity Fair.

“It has become a tradition in recent years that the Bank Holiday weekend is the final family get together before Christmas and everyone is invited. In the past it has turned into one big sleepover with lots of the Queen’s grandchildren and great-grandchildren. Her Majesty enjoys it immensely,” a family friend told the outlet.