The Queen’s great-nephew Sam Chatto is taking a very hands-on approach to work after graduating from Edinburgh University last year.

The 22-year-old son of Princess Margaret’s only daughter, Lady Sarah Chatto, and former actor Daniel Chatto, reveals he is following in the footsteps of his uncle, furniture designer David Linley, by pursuing a career as a craftsman.

Yesterday the Old Etonian launched his eponymous website, through which he will be selling his own ceramics after becoming disillusioned with his job in the art market.

‘I’m working in clay to create functional and sculptural wood-fired ceramics from my home and studio in West Sussex,’ he explains.

‘I’ve always had a strong affinity with creating objects, having spent much of my childhood crafting imagined landscapes and sculptural models, which naturally led me to clay during my later years at school.’ 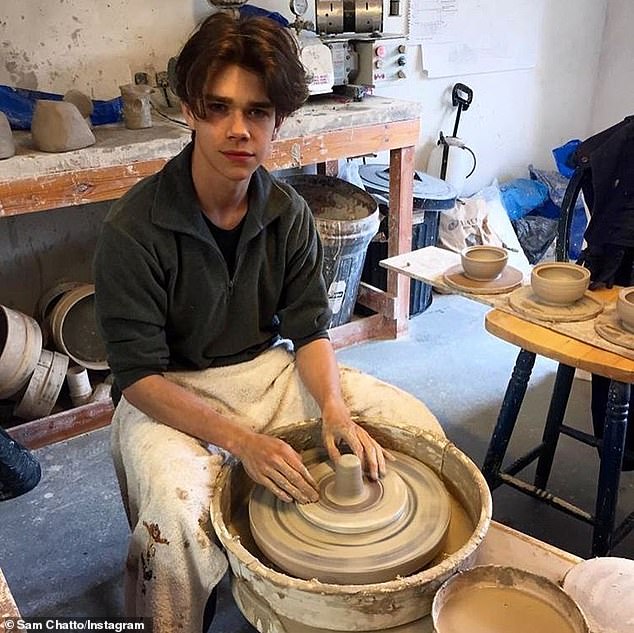 When Sam graduated from Edinburgh — where his beefcake brother Arthur, 20, is still enrolled — he explored alternative career options, including training as a yoga instructor in India with his long-term girlfriend, vegan blogger Sophie Pipe.

‘My creative practice took a back seat while I studied History of Art at Edinburgh, but was revived, in the summer of 2017, by a visit to North Shore Pottery [in Caithness],’ he adds.

‘Inspired by what I had seen in Scotland, and completely uninspired by my three-month job in the commercial art market, I spent my weekends setting up a small home studio to rediscover my creativity and built a wood-fired kiln at the bottom of my garden.

‘The decision to start selling my work comes from a strong belief in the power of beautiful, well-made objects to enrich and enhance our lives.’ 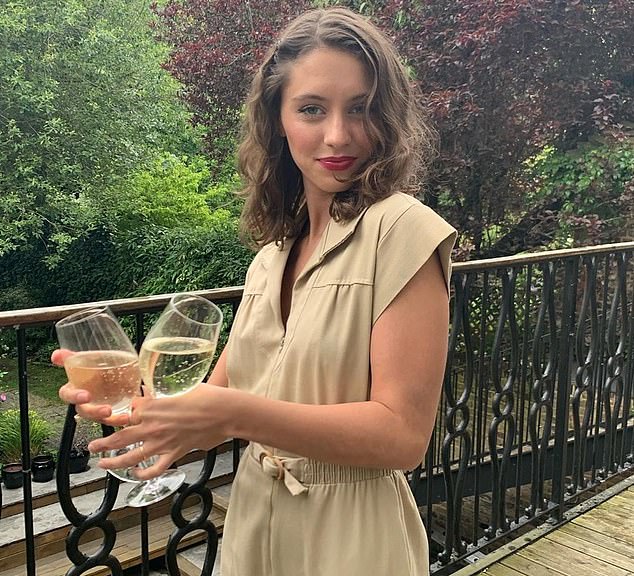 It’s the end of Frosty starts for Iris’s mum

It’s the end of an era for Sadie Frost. The former gatekeeper of the Primrose Hill Set yesterday revealed her 18-year-old daughter, Iris, has finished school — meaning Sadie’s quarter-century school run has finally come to an end.

The 53-year-old film producer, who has four children with her ex-husbands, Spandau Ballet’s Gary Kemp and actor Jude Law, shared a picture of Burberry model Iris — whose father is the Talented Mr Ripley star — in a stylish jumpsuit.

‘Iris pops her first bottle of champagne . . . a day of celebrations. My uber-smart daughter finished her A-levels! I am a proud mama. And also my youngest [Rudy Law] finishing his GCSEs . . . and for me today — I did my last official school run which I have been doing on and off for 26 years!’ 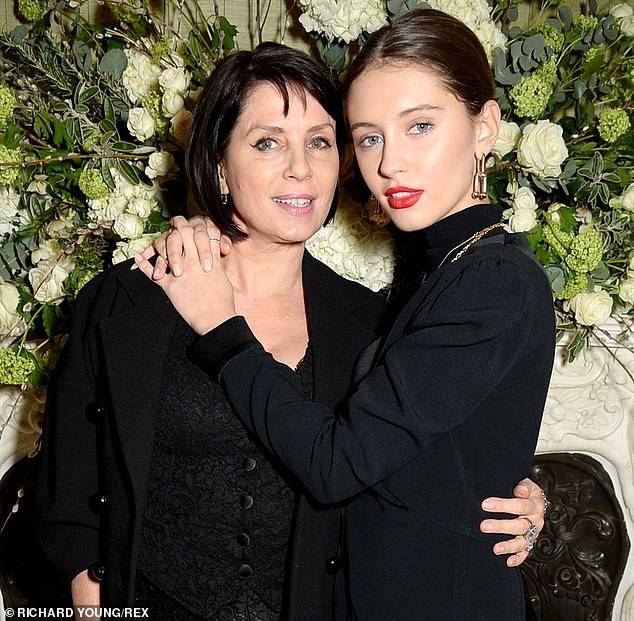 Pink Floyd drummer Nick Mason has a confession. ‘I have a fixation for getting certificates,’ he says. ‘I have three certificates for cooking.

I am rated as a helicopter assistant instructor. God knows what else, a yachting certificate — you name it.’ And there was I thinking we don’t need no education . . .

‘My dad came out for a week’s holiday,’ says the actress. ‘He actually managed to be in the back of one of the shots by accident.’

Bessie’s co-star Lesley Nicol, famed for playing Mrs Patmore in Downton, was delighted when Jim turned up. ‘She was in heaven because she had someone of her own age to play with.’

Let’s hope Bessie’s distinguished mother, Imelda Staunton, didn’t feel left out. ‘If we do season two, my mum is already on that plane,’ promises Bessie. 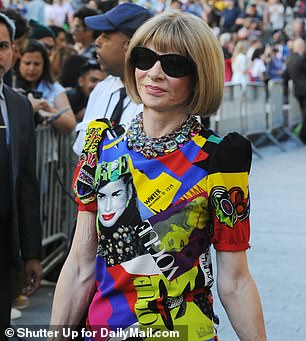 Anna Wintour, editor in chief of Vogue and artistic director of Conde Nast at The Met in New York

Dame Anna stands out in Vogue

Sporting her trademark shades — perhaps to avoid dazzling herself with her own reflection — Dame Anna Wintour ventured out in New York this week sporting a brightly coloured £560 Vogue-print tribute top from Versace.

The 69-year-old American Vogue editor-in-chief was at the Met Museum to co-judge a dancing competition.

The event, Battle Of The Legends: Vogueing At The Met, showcases the best of ‘vogueing’ — where dancers incorporate the poses of models on the catwalk into their routines.

Still no wedding bells for Love Actually writer Richard Curtis and broadcaster Emma Freud, his partner of 28 years and mother of his four children.

‘Consequently it was easier to not get married because it didn’t make much difference in terms of children.’ Does the romcom king need a lesson in romance himself? 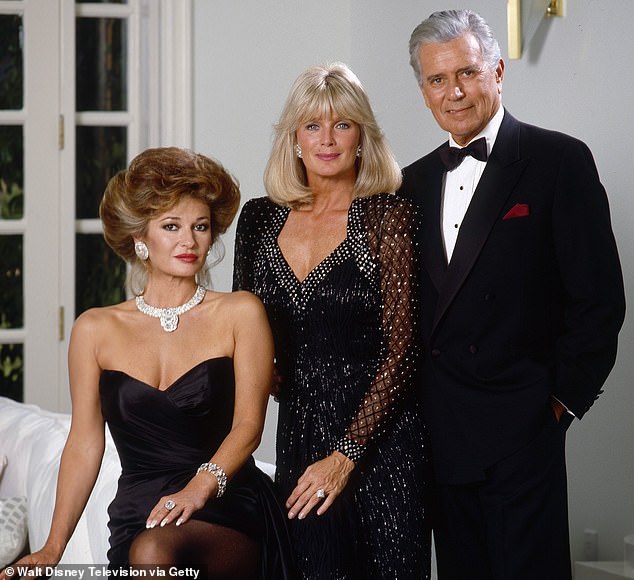 Famous for portraying bitchy Sable in Dynasty and The Colbys, actress Stephanie Beacham says the role gave her restless nights.

‘I think it does get to you day after day of being manipulative and power-hungry. Maybe I would be better rested if I hadn’t played those bad girls.’

Beacham also recalls that the public shunned her in the street at the height of her fame in the Eighties.