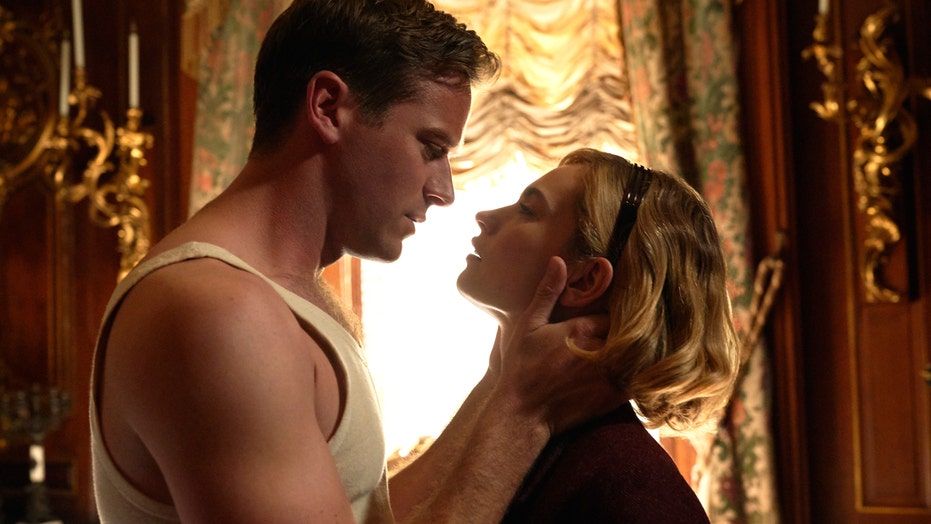 Lily James' character in the new Netflix movie "Rebecca" took a toll on the actress.

The 31-year-old revealed that the constant emotional turmoil she was under while playing the second Mrs. de Winter in the romantic drama caught up with her.

In the film, James' shy and modest character marries a wealthy older widower Maxim (Armie Hammer) who is hiding a secret about how his first wife died. When the newlyweds return back at his family's estate, Manderley, they are met by the housekeeper, Mrs. Danvers (Kristin Scott Thomas) whose loyalty still lies with Maxim's first wife, Rebecca de Winter.

Danvers undermines and gaslights James' character so much that the young woman contemplates suicide. The film is based on Daphne du Maurier's 1938 gothic novel, "Rebecca."

"It was a really difficult headspace and set to enter into it," James told Fox News while promoting the movie.

"But luckily everyone we were working with [was] amazing and hilarious and Armie [Hammer] is hilarious," she added. "[Director] Ben Wheatley's super relaxed and easy going and we had tons of rehearsals." 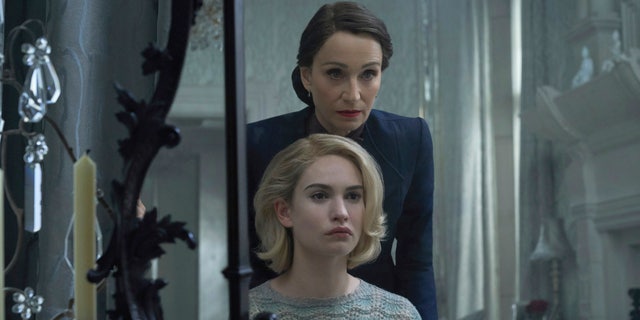 Kristin Scott Thomas, background, and Lily James in a scene from ‘Rebecca.’
(Kerry Brown/Netflix via AP)

"I think the villain is Mrs. Danvers because she turned a blind eye to what was really going on and she encouraged it," she said. "[Danvers is] very manipulative."

Although James isn't convinced that the "bad guy" is easily identifiable.

"I think what's interesting about this story is that [it] changes the whole way through…I wouldn't be able to say who the villain is at all. And it kind of depends on who you trust," she pointed out.

Meanwhile, Hammer leaned on the book's historical context to better inform him about his character. 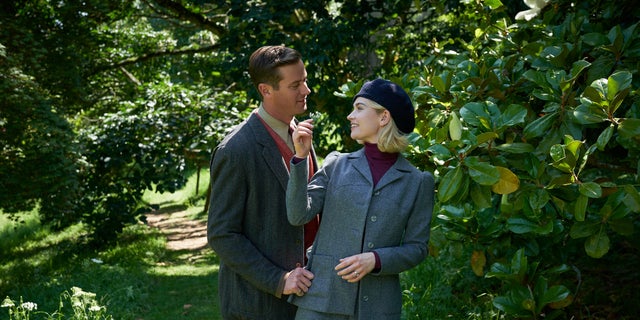 Armie Hammer, left, and Lily James in a scene from ‘Rebecca.’
(Kerry Brown/Netflix via AP)

"You stand different depending on what you wear," he explained. "I mean, whether it's a suit or a dress and heels or whatever, it's armor, right. It's something that you are projecting, something you're putting out there. And when you're doing a movie that takes place in a [different] period… when you're putting on those clothes and you're getting dressed in the morning, you're putting on all those buttons. It informs everything about what you're doing. So it was hugely important. And the clothes were awesome."

"Rebecca" is currently streaming on Netflix.