Meanwhile, Justin’s ex Selena Gomez allegedly is ‘quietly, secretly hoping and praying that Justin never goes through with his marriage to Hailey.’

AceShowbiz –
Justin Bieber and Hailey Baldwin‘s highly-anticipated wedding seemingly will not arrive until next year. While the pair’s engagement came rapidly, it looks like they are taking it slow when it comes to the nuptials.

A source tells TMZ that the lovebirds are waiting until next year to finally said “I do.” However, the delay is not because they are unsure. They’ve made the commitment to each other, and that feels like the most important thing. 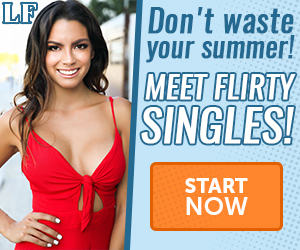 “Justin’s been in love with her for a long time, so this didn’t just come from out of the blue,” says another “solid source.” The source adds that Justin and Hailey rekindled multiple times without the public knowing.

Even when Justin was with Selena Gomez, his mind is filled with nothing but Hailey.

As for Selena, it’s said that the former Disney darling is “quietly, secretly hoping and praying that Justin never goes through with his marriage to Hailey.” A source shares to HollywoodLife.com, “The times Selena was most happy in life were days when she was with Justin, and she always thought she would be the one marrying him, not Hailey.”

“Selena can’t help but feel like the longer Justin and Hailey stay engaged the less likely they will actually get married,” the source goes on sharing. “Selena fears a marriage between Justin and Hailey would crush her.”

However, it doesn’t mean that Selena is planning to interfere Justin and Hailey’s romance. “She also feels that as long as Justin and Hailey do not get married then she stands a better chance at having her own happy ending with Justin,” the source explains.