She’s not afraid to showcase her sizzling figure in raunchy lingerie on her social media channels.

And Rhian Sugden put on a very busty display in pink lace lingerie for a sultry new snap uploaded to her Instagram on Friday.

The glamour model, 35, showed off her ample assets and left little to the imagination in the corset-style one piece. 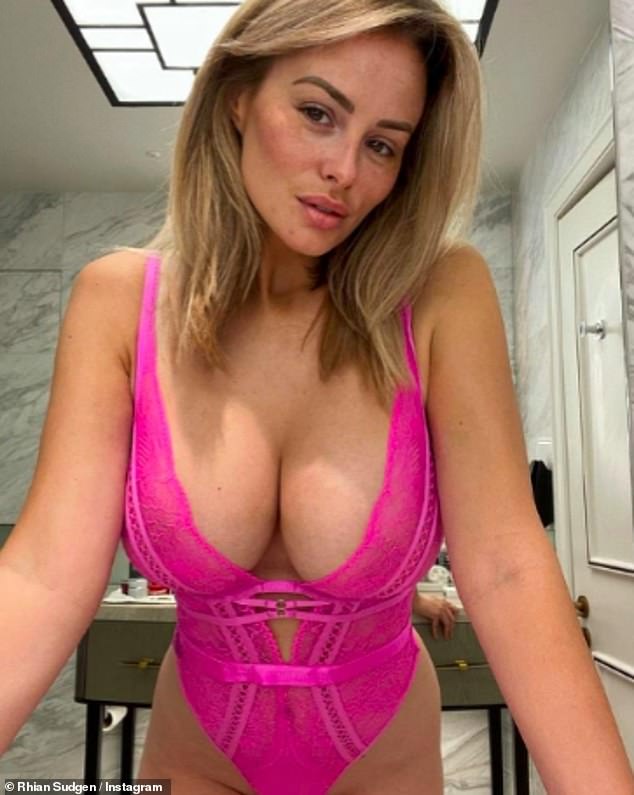 Wow! Rhian Sugden put on a very busty display in pink lace lingerie for a sizzling new snap uploaded to her Instagram on Friday

Rhian’s lingerie boasted a plunging neckline and lace detailing as well as a cut-out section and silk belt that cinched her in at the waist.

The model let her underwear do all the talking as she leant over the counter at the swanky London hotel where she was staying.

She sported a pared-down makeup palette for the snaps and styled her long bob in a sleek straight style.

It comes after last month, Rhian revealed that her fourth round of IVF had failed while admitting that she is struggling to put on a ‘brave face’. 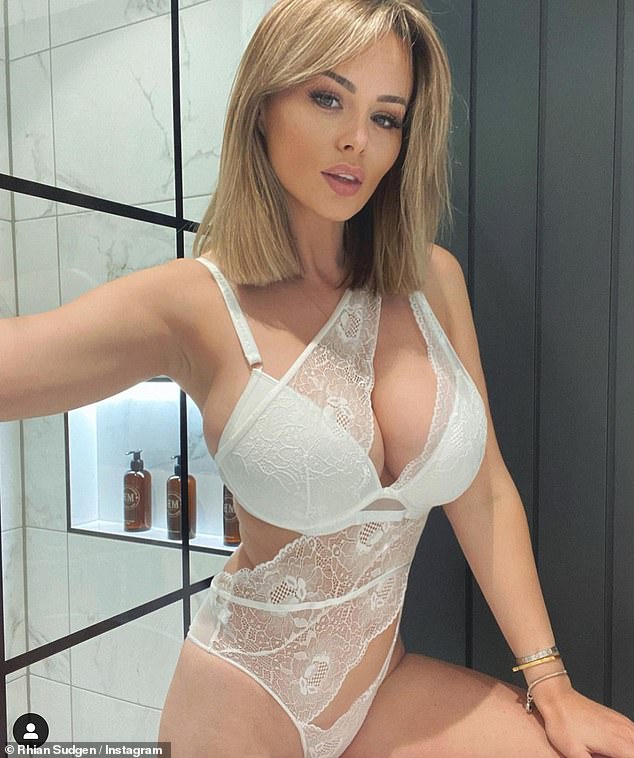 Tough: It comes after last month, Rhian revealed that her fourth round of IVF had failed while admitting that she is struggling to put on a ‘brave face’

The star showed her vulnerable side as she candidly discussed feeling down on Instagram amid her challenging fertility journey.

She announced her decision to start the in-vitro fertilisation process in 2019 after she was told by doctors that she has an egg count of someone at least 13 years older.

And sharing a glamorous photo clad in lingerie, Rhian provided an update: ‘Been feeling blue [blue heart emoji]. Had a hell of a tough few weeks…

‘For those that have been following my journey… IVF round 4 failed ❤️‍but it’s now time for me to pick myself up and carry on! 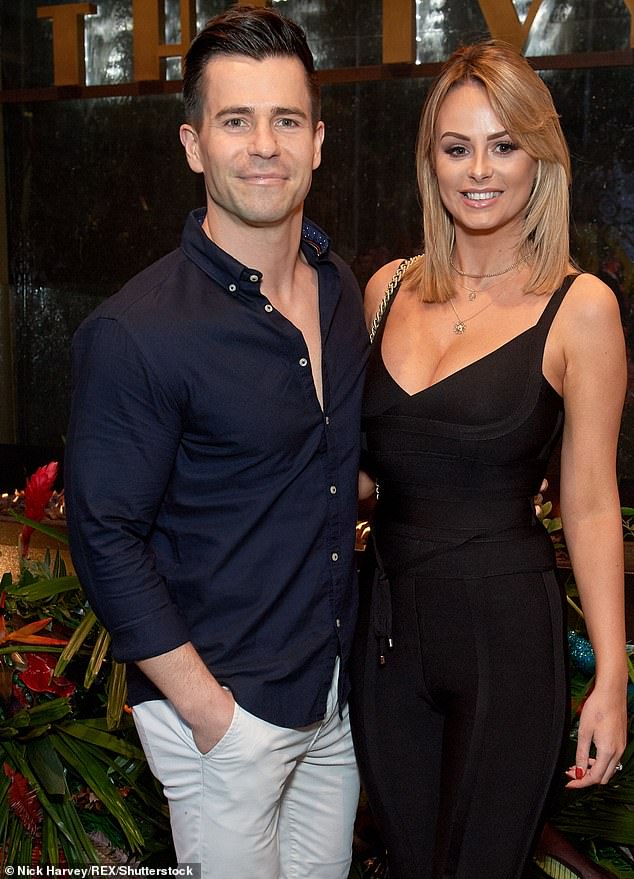 Honest: The model, 34, who is married to Oliver Mellor, 40, showed her vulnerable side as she candidly discussed feeling down on social media amid her challenging fertility journey (pictured in 2019)

‘Being in the public eye and trying to keep a brave face on his harder than it looks but I’ve done it many times before and I will do it again.

‘It’s time to stick on my best undies, get myself back to normal and get back behind that camera doing what makes me happy! Big shout out to my support network. You’re the best! ❤️ #ivfwarrior [pineapple emoji].’ [sic]

In April 2019, Rhian, who is married to actor Oliver Mellor, 40, discussed her plans to have IVF after being told she has an egg count of ‘a woman over 45’ but added that the procedure carries only a ‘two per cent’ success rate. 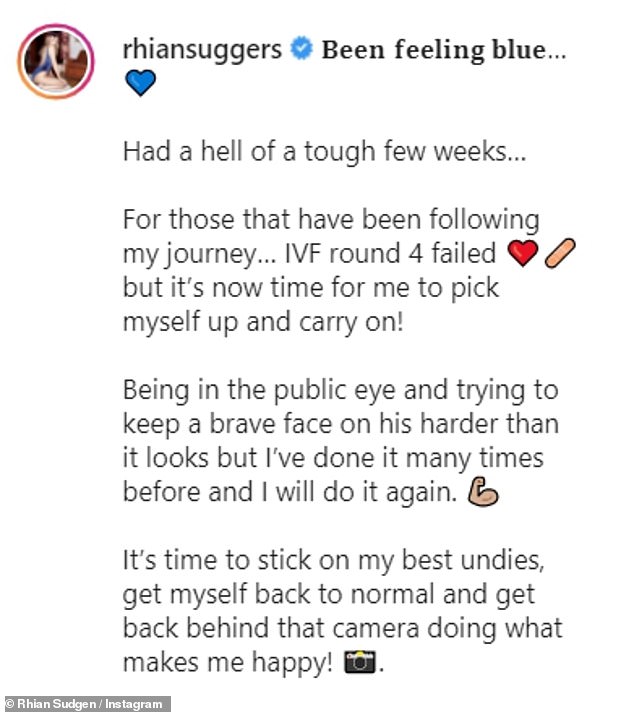 Knock back: She said: ‘Been feeling blue [blue heart emoji]. Had a hell of a tough few weeks… For those that have been following my journey… IVF round 4 failed’

Rhian explained: ‘I was told that I may never be a mum – and I’m heartbroken.

‘Doctors said I have the egg count of a woman over 45, meaning it’s unlikely I would ever conceive naturally.

‘It also means the odds of getting pregnant by IVF have gone down from 30 per cent to two per cent – which was pretty devastating to hear.’