She recently revealed she was considering going under the knife to have a breast reduction.

But Rhian Sugden showed off her ample cleavage in her latest sizzling Instagram snap on Thursday.

The former glamour model, 33, sent temperatures soaring as she posed in a blue patterned bikini for a sunbathing session in her back garden. 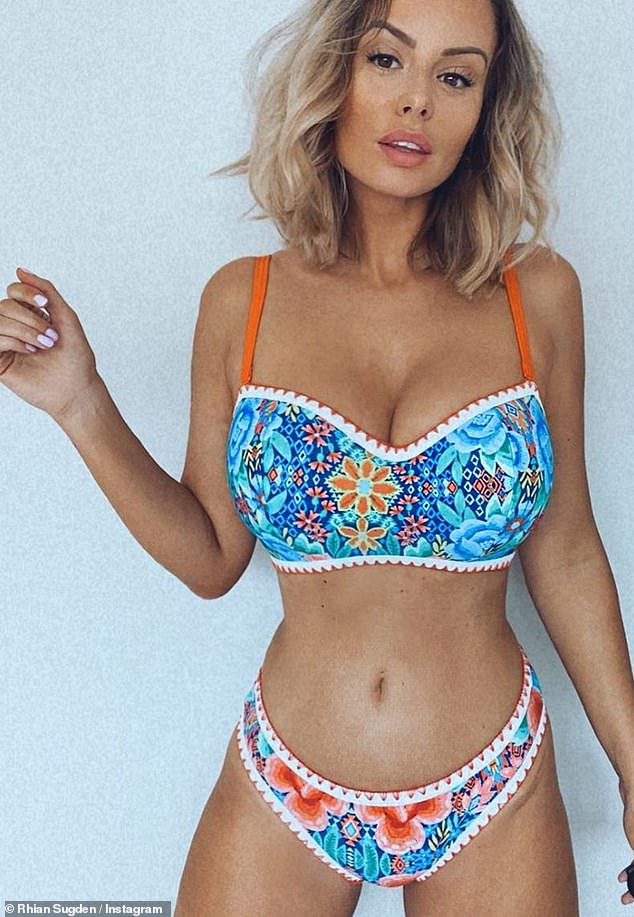 Sizzling display: Rhian Sugden showed off her ample cleavage in a blue botanical print bikini for her latest Instagram snap on Thursday

Rhian looked tanned and toned in the two-piece which was adorned with a botanical print.

She wore her hair in soft curls and amped up the glamour with winged eyeliner and pink lipstick.

The blonde bombshell captioned the shot: ‘@figleavesofficial kitting me out for some garden bathing today #gifted #fullerbustswimwear’. 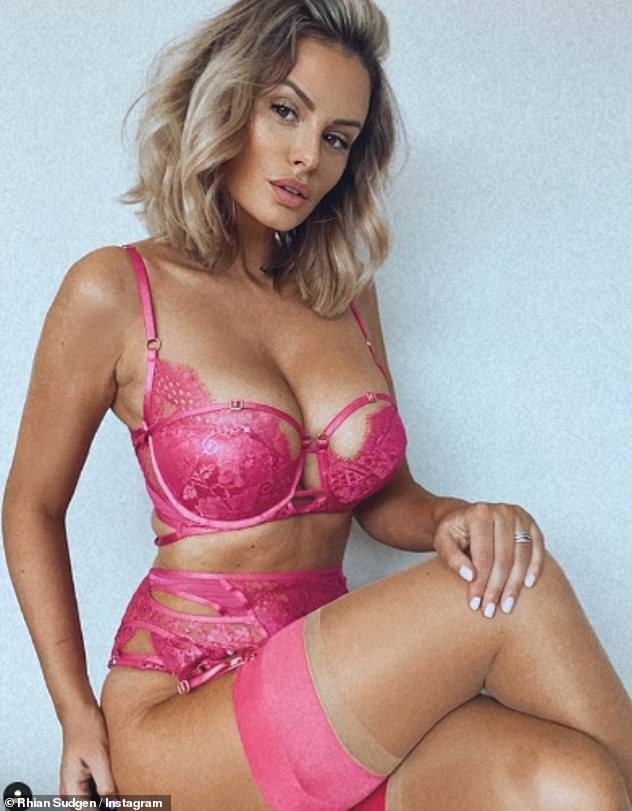 Pink lady: It comes a day after Rhian posed in hot pink lingerie with matching suspenders

Rhian recently revealed that she’s desperate to have her bust size reduced, 14 years after they helped propel her to stardom and kick off her £800,000 career.

The beauty shot to fame as a Page 3 model back in 2006 at the age of 19, earning herself legions of fans and going on to secure a plethora of deals, including £100,000 for appearing on the 2012 instalment of Celebrity Big Brother.

But the star, who retired from topless modelling on turning 30, has now revealed that she’s eager to reduce the size of her ample assets, and get implants to give her 32G chest a lift in defiance of gravity’s inevitable pull.

She told The Sun: ‘I’ve always been a D/E cup but since getting married I’ve put on a little bit of weight and it’s my boobs that grow and nowhere else. Now they’re a 32G, a bit out of control and gravity has taken its toll.

‘I’d give anything for a C cup. If someone said to me tomorrow, ‘Shall we cut them off?’ I’d say ‘Yeah!”

Looking back on her experience with topless modelling, she added: ‘It lasted 12 years. I was part of the elite glamour girls and my boobs landed me £100K for Celebrity Big Brother in 2012.’ 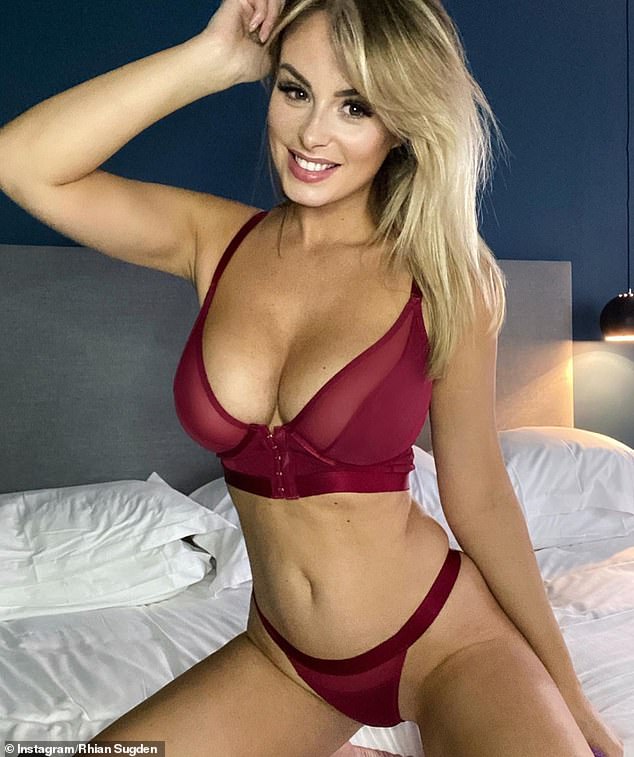 Gone: Rhian recently revealed that she’s desperate to have her bust size reduced, 14 years after they helped propel her to stardom and kick off her £800,000 career