Rihanna and A$SAP Rocky have both been hard at work in the studio while also balancing new parenthood after welcoming their son back in May.

But in recent days the couple have been enjoying some fun and excitement in Miami, Florida while taking in various works of art at the third and final day of Art Basel Miami Beach on Saturday.

After the event, Rihanna and her rapper beau stepped out for a romantic dinner at South Beach’s Carbone restaurant. 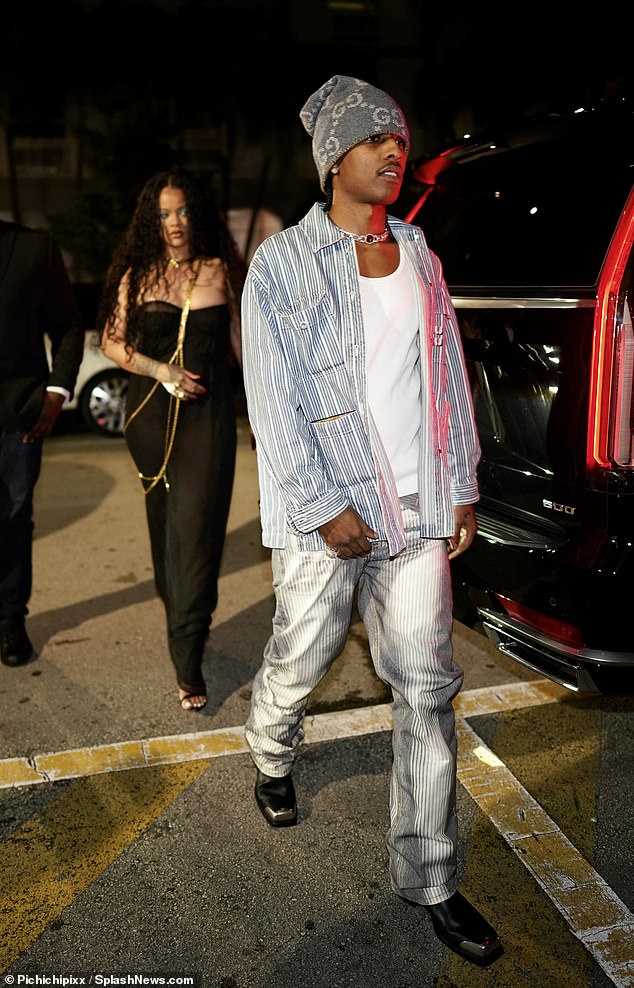 Rihanna (born Robyn Rihanna Fenty), 34, showed off her fashion sense decked out in a black maxi dress that showcased her cleavage with its plunging strapless design.

She appeared to have trouble holding the sheer number up as she placed an arm across her ample chest.

She accessorized with a long golden chain, as well as a shiny watch, that wrapped over her left shoulder and hung down below her right hip.

Rihanna strolled the sidewalk in open-toe heels and carried a stylish small purse.

Rounding out her overall look, the Barbadian singer/actress/businesswoman, who only just gave birth to their son in mid-May, had her dark curly locks flowing down past the middle of her back with a center part. 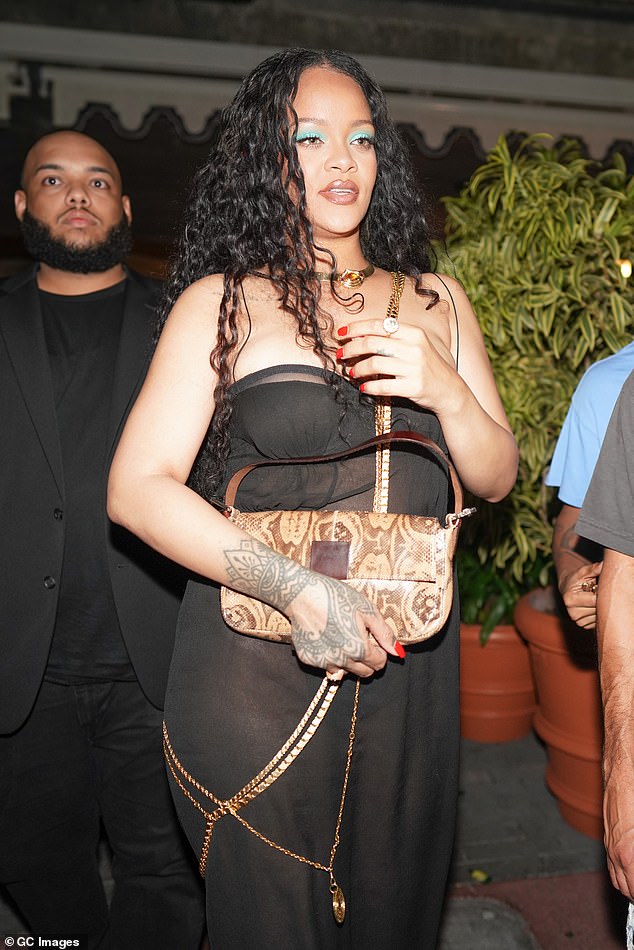 It showcased her cleavage with its plunging strapless design 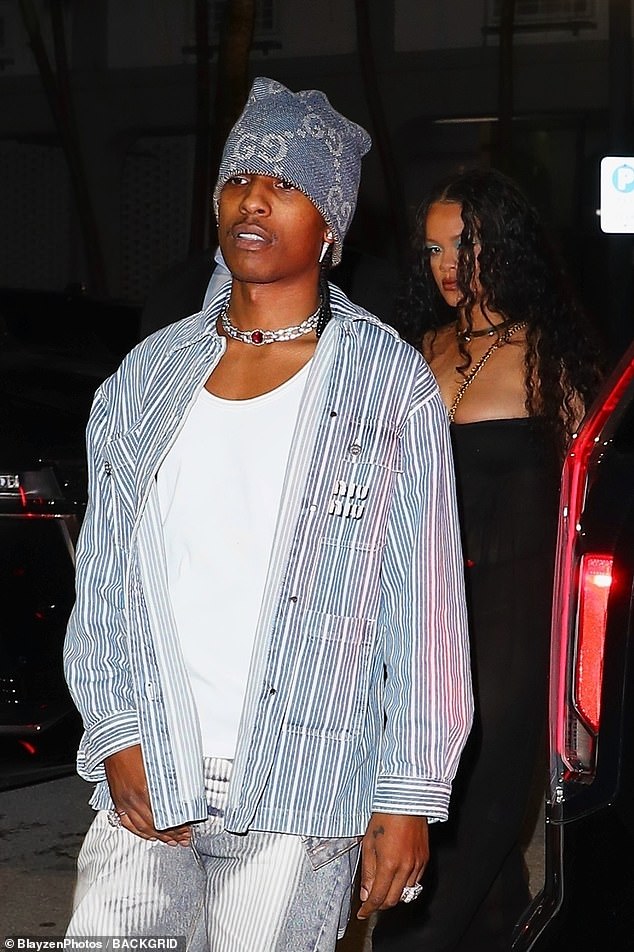 Taking the lead: Rocky led the way while making a bold impression by wearing white and black striped pants with a blue and white striped shirt and a Gucci beanie cap 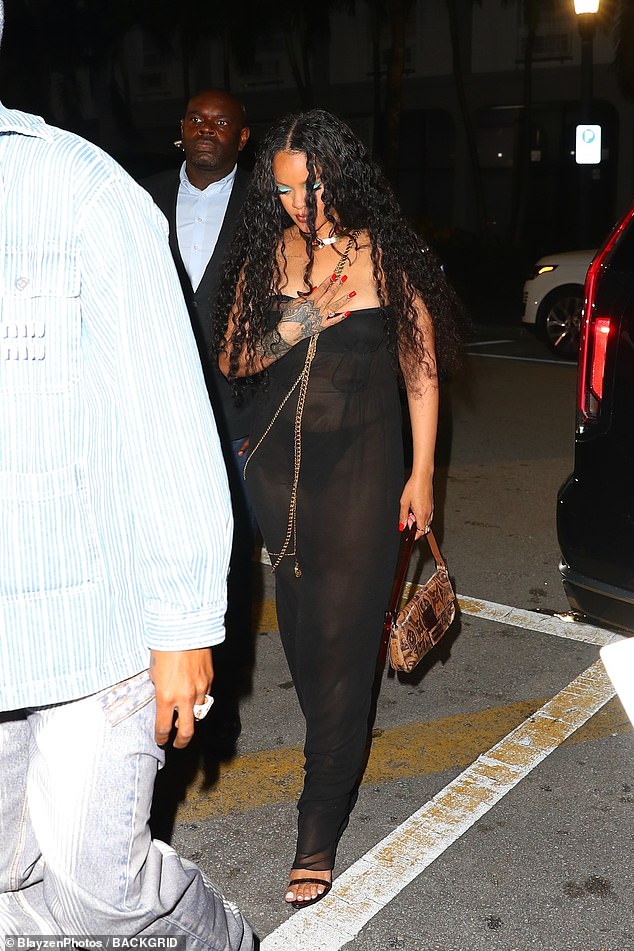 Rocky made a bold impression by wearing white and black striped pants with a blue and white striped shirt that he left unbuttoned to reveal a white t-shirt underneath.

The New York City native led the way through the parking lot while his lady followed close behind with her head looking down and her arm still firmly planted over her cleavage.

Each of the events are in collaboration with the host city’s local institutions to help grow and develop art programs. While Art Basel provides a platform for galleries to show and sell their work to buyers, it has gained a large international audience of art spectators and students as well. 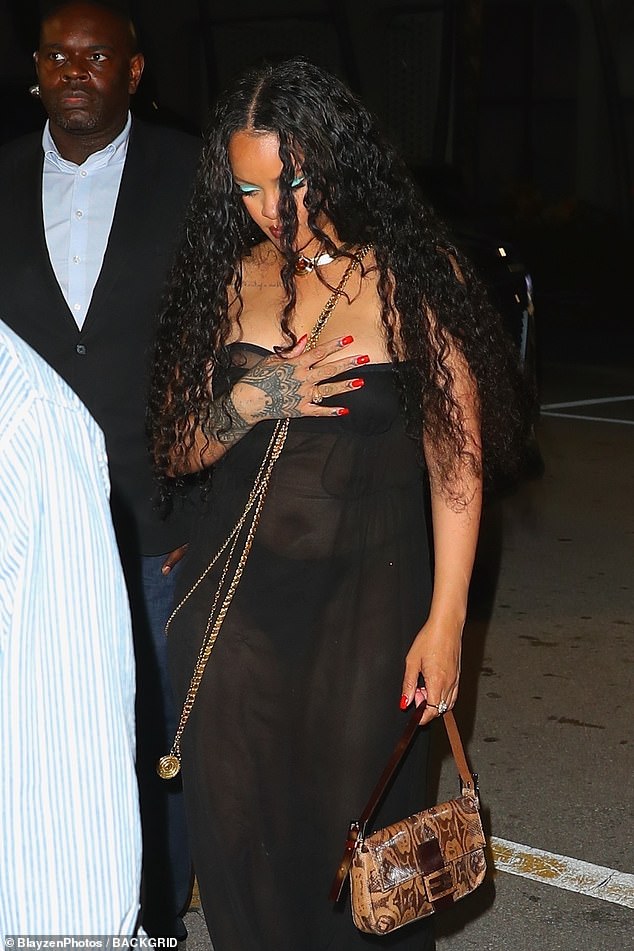 See-through: The brains behind Fenty Beauty and Savage X Fenty strolled the sidewalk in open-toe heels and carried a stylish small purse

Shift back to music: The first-time mother is poised to drop her ninth studio album soon 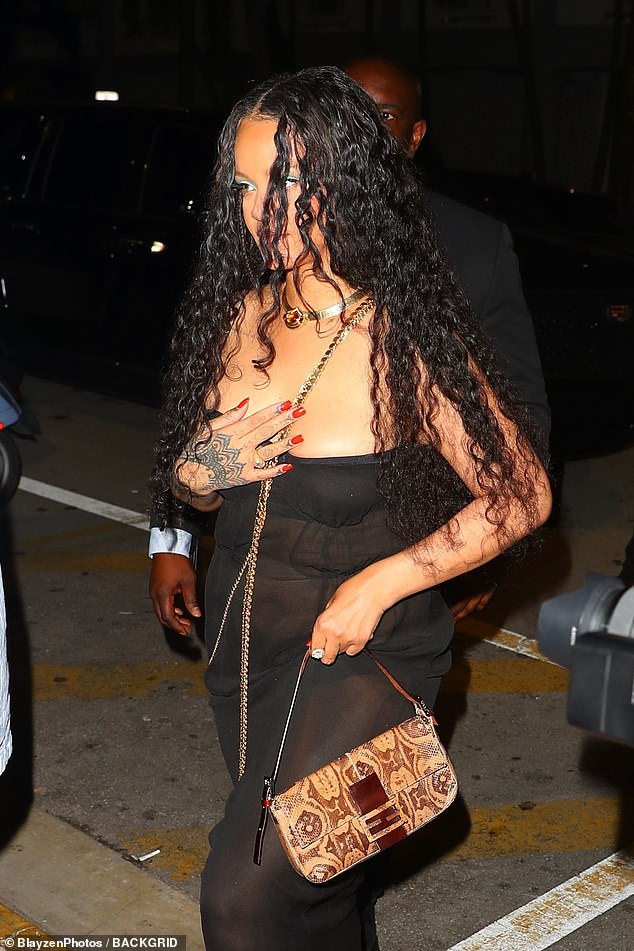 New music: Rihanna released the lead single for the film Black Panther: Wakanda Forever soundtrack titled Lift Me Up just over a month ago

The brains behind Fenty Beauty and Savage X Fenty has shifted some of her attention back to her musical career, and dropped the lead single for the film Black Panther: Wakanda Forever soundtrack titled Lift Me Up just over a month ago.

The superstar performer has been open about finishing up work on her ninth studio album, which will mark her first full length record since Anti, which dropped back in January 2016.

Rocky kicked off December with the release of his new song Sh**tin’ Me that appears on the soundtrack Need For Speed Unbound, according to Complex.

Back in September, Rocky announced Rolling Loud New York would be his last performance before his new album drops, which will be his first since Testing (2018).

He has yet to announce an official  release date for the project, which is reportedly titled Grim. 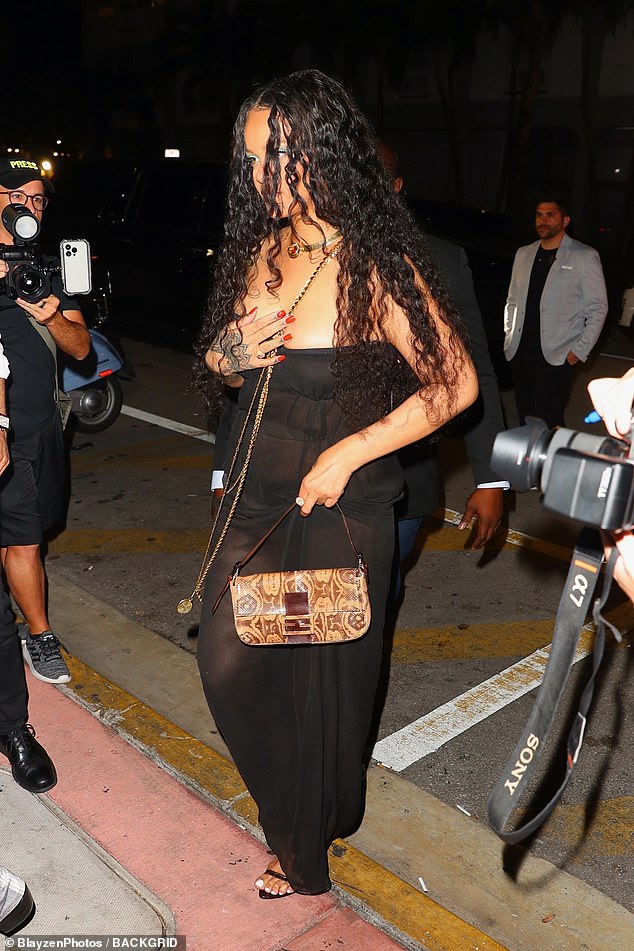 it’s ben a while: The Barbadian singer’s last studio album was Anti back in 2016 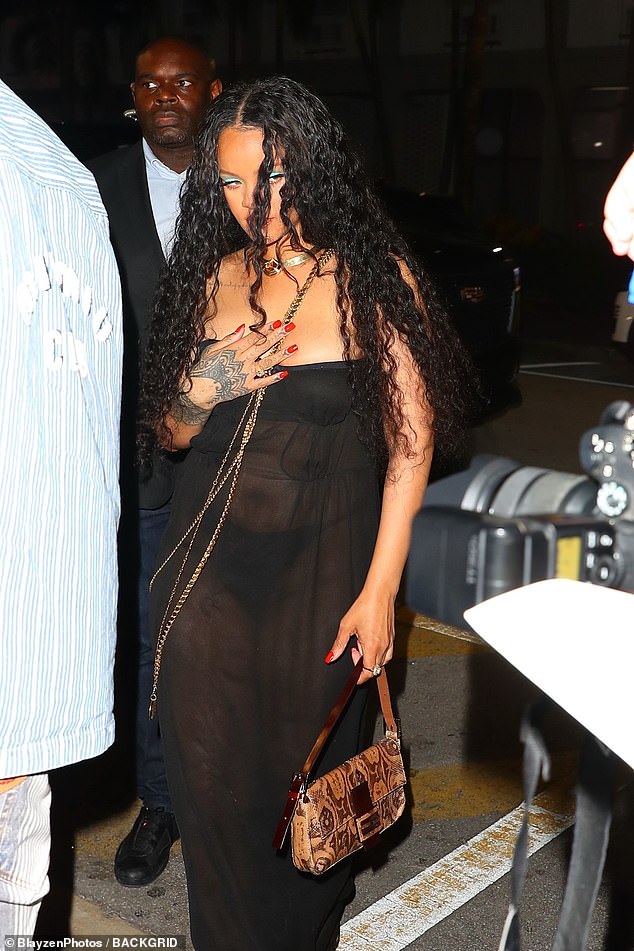 First-time mom: Rihanna and Rocky welcomes their first child together in May