‘I fell into a cycle where I started to hate my life’: Roman Kemp reveals he’s taken antidepressants for 15 years while discussing his struggles with suicidal thoughts

Roman Kemp has revealed he’s been taking antidepressants for the past 15 years after struggling with suicidal thoughts.

Speaking in an interview on PrettyLittleThing’s Behind Closed Doors podcast, the Capital FM DJ, 28, admitted that at his lowest ebb he ‘started to hate his life and everything that was happening.’

Roman went onto discuss the tragic death of his close friend Joe Lyons after fronting the BBC documentary Our Silent Emergency, which shines a light on men’s mental health struggles. 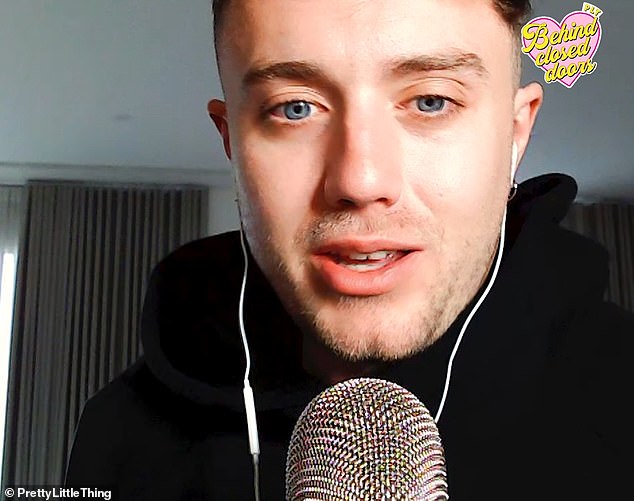 Candid: Roman Kemp has revealed he’s been taking antidepressants for the past 15 years after struggling with suicidal thoughts

‘I’ve taken those and maybe if I don’t take them or miss them or go on holiday and come back and don’t have any, which can happen and can be very dangerous, you shouldn’t not do it.

‘I kinda fell into a cycle where I just started to hate my life and hate everything that was happening, I felt like my life wasn’t going anywhere, I felt like I was gonna be in trouble later on in life. 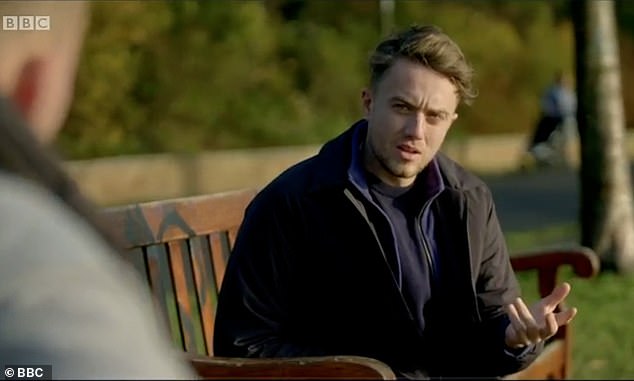 Tough: The Capital FM DJ admitted at his lowest ebb he ‘started to hate his life and everything that was happening, ahead of his BBC documentary on the men’s mental health crisis 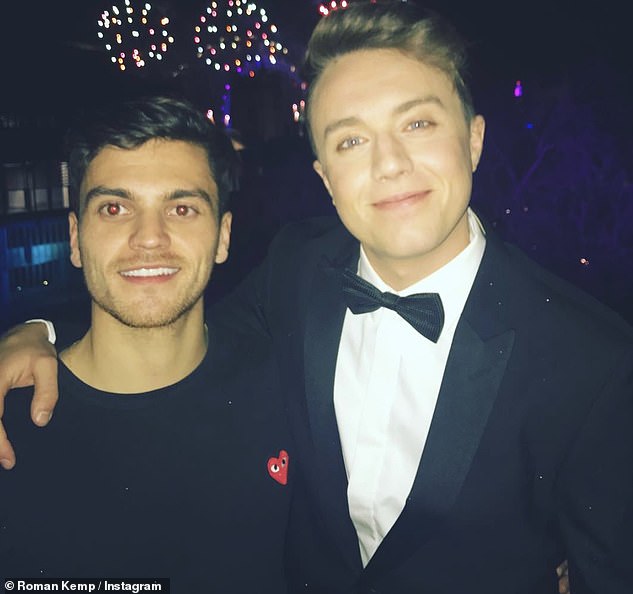 Loss: The star’s new BBC3 documentary, Roman Kemp: Our Silent Emergency investigates male suicide and mental health and was inspired by the death of his friend Joe Lyons, (left)

‘The most ridiculous things like if I didn’t save money here or do you know what I mean and those lead me to a point which was the lowest point in my life.

‘I remember I was just wearing my pants and I was just crying in the middle of the floor in my living room, I didn’t know what to do.’

‘That I guess that’s another thing, that understanding that a lot of percentage of men experience suicidal thoughts.

‘The moment that I went through was not a moment that is rare in a guys life and I think that sometimes is the scary thing because a guy can turn around and go I shouldn’t be thinking like this but its fully normal. 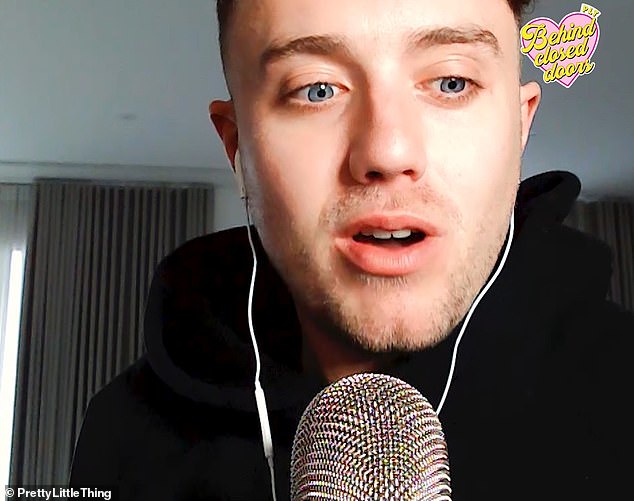 Lowest ebb: Speaking on Pretty Little Things’ Behind Closed Doors podcast, Roman said at his lowest he was ‘crying in the middle of his living room’

‘You know, depression is a very normal thing that I personally believe no matter man or women, how old you are everyone goes through a form of depression.’

Roman went onto reveal that it was a phone call to his mum Shirley that made him realise he needed help, sating: ‘It’s like I only had one door and I had to fit loads of these things through this door but once you make that call, once you have that phone call.

‘I was lucky because in that moment my mum happened to call me. I picked up the phone and my mum made me stay on the phone to her until she drove and came to me but I know that had I not had that conversation the door would have stayed as a single door.

‘As soon as I spoke to my mum, all of those things ”the door became not only a garage, it became a mansion door” do you know what I mean. All of my ideas could flow fine through them and everything was gonna be okay.

‘There’s two things, even if they don’t solve the problem for you they are now aware of something that you’re going through. They can check up later on. It is talking that’s your number one.’ 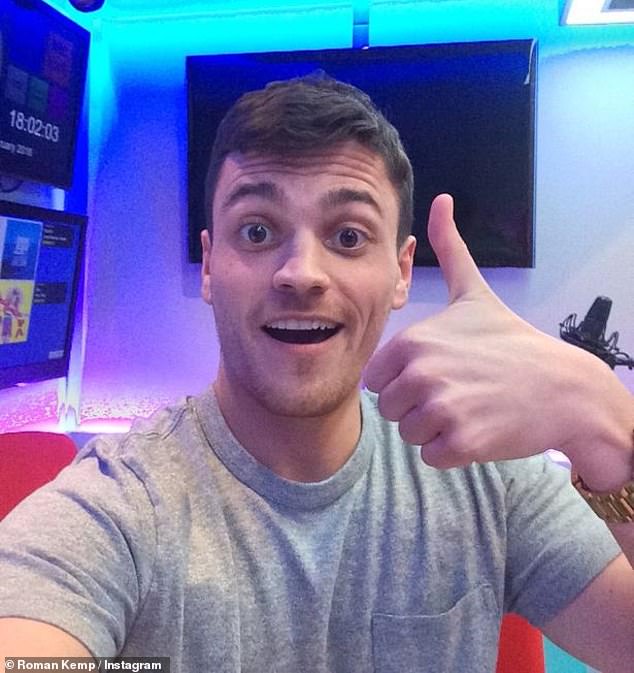 Mental health: In a trailer for the documentary, released on The One Show on Thursday Roman explained how Joe (pictured) was the last person he thought would take his own life

Reflecting on his mental health now, the DJ said: ‘I am happy but every now and again like everyone does you have moment where you go ”god today is really s**t” you know and you do get lost in your own thoughts and its important in those moments to give your thoughts perspective you know, have some realisation.

‘The only way you can get that is speaking to others, our biggest enemy in life is our own brain. How I’ve already described it right and this is the best way I can put it; I can only talk from the male perspective.

‘Leading into it, that’s kind of one of the things I’ve pushed in this documentary, that it needs to be there the government needs to give the funding to be able to equip kids in schools and teach teachers how to teach young men and women.’

Roman is set to front a BBC Three documentary titled Our Silent Emergency, which sees the presenter explore mental health crisis that has affected men in recent years.

It comes after he lost his Capital FM producer and close friend Joe Lyons to suicide last year.

He said: ‘When I lost Joe, I really thought I knew what signs in people to look for, in someone that was struggling.

‘Joe was proof to me that this is way bigger than that, whatever I thought someone who was struggling looked like, I was wrong. It turned my life upside down.

‘If I was to put a line up of 20 people all of who are my close friends, I would still put Joe last when it came to who I thought was struggling and that’s why I had to do it.

‘This film is literally me trying to help myself selfishly, like you know that’s when I say it’s a selfish bit of work because half the time I felt like I wasn’t even bothered by the camera because this is helping me.

‘I’m understanding what has happened to my friend and what headspace he has been in. it has given me that form of therapy that I need.’ 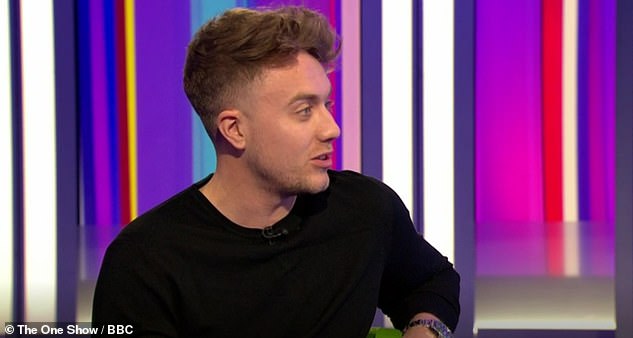 Sad: Roman Kemp said on The One Show on Thursday that his best friend producer Joe Lyon’s suicide ‘ripped my whole life apart’ as he says ‘I felt so angry that he never called

In a trailer for the documentary, released on The One Show on Thursday, Roman explained how Joe was the last person he thought would take his own life.

‘If you’d have lined up 20 people you would have thought were suffering mentally he [Joe] would have been the last person.

‘He was the happiest person, putting everyone ahead of him. I didn’t know what had happened.

‘It just put me in this state where I’d feel like I knew I had to do something for him and for his family I guess. That’s the overwhelming thought I had.’

Joe was a well-loved producer at Global radio for nine years.

After Joe’s death, Roman emotionally addressed fans on his show Sunday Best, which he co-hosts with his father Martin Kemp, 59, urging them to ‘reach out’.

Paying tribute to Joe, he said: ‘Before we can start with our usual show, you may have read that it’s been an incredibly hard week for me personally, as I lost my best friend…

‘It has completely devastated his family, friends, me, my family. I really want to make sure that I use this time right now to say if you are struggling, then please know that you can reach out…

‘There is always someone you can talk to: your family, friends, colleagues… or anyone from the support charities that are out there.’

For confidential support call the Samaritans on 116123 or visit a local Samaritans branch, see www.samaritans.org for details. 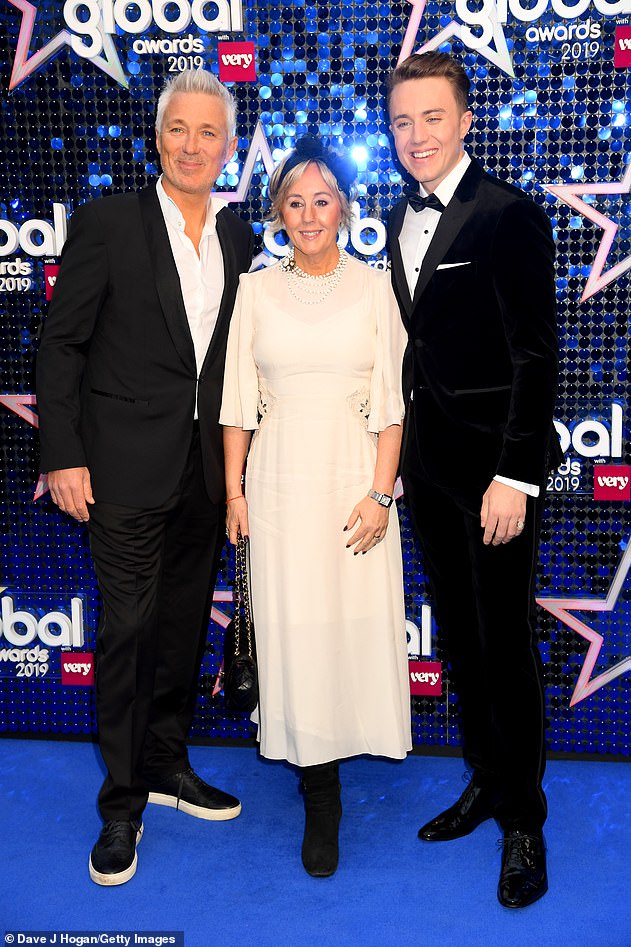 Close: Roman (pictured with mum Shirlie, 58, centre, and dad Martin Kemp, 59, left) previously told how his mother ‘saved his life’ after he suffered a mental health crisis 18 months ago