He used to work as a personal trainer before landing the coveted role of host of Capital FM’s breakfast show.

But despite his background in fitness, Roman Kemp enlisted top personal trainer Bradley Simmons to overhaul his workout regime, sharing incredible before and after snaps on his Instagram on Monday.

The radio star, 26, revealed he has been working hard for 12 weeks with Bradley as he shared a snap of his rippling abs. 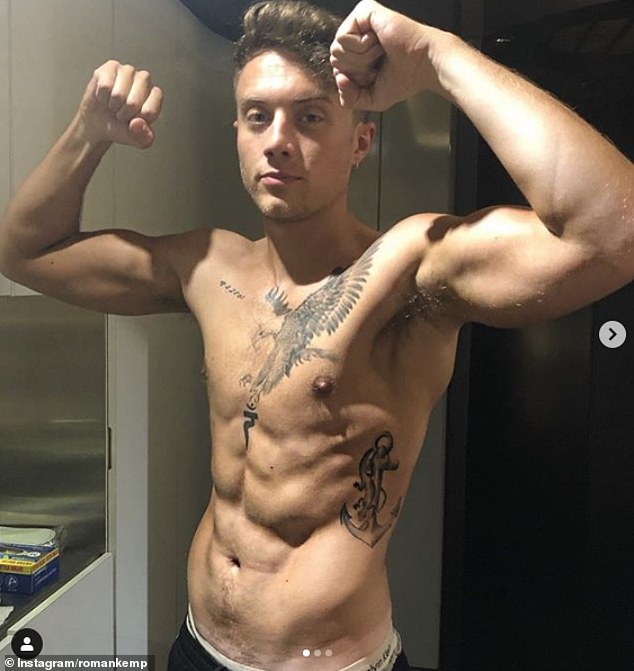 Posing for the camera, Roman, the son of Spandau Ballet star Martin Kemp, stripped off his shirt to show off his tattooed chest, while flexing his impressive biceps.

Alongside, he shared another shirtless photo from 12 weeks previously, telling his fans he was delighted with his transformation.

‘Not one for posting a photo like this but I wanted to say a huge thank you to @bradleysimmonds for convincing me to do his #12weektransformation,’ he captioned the snaps. 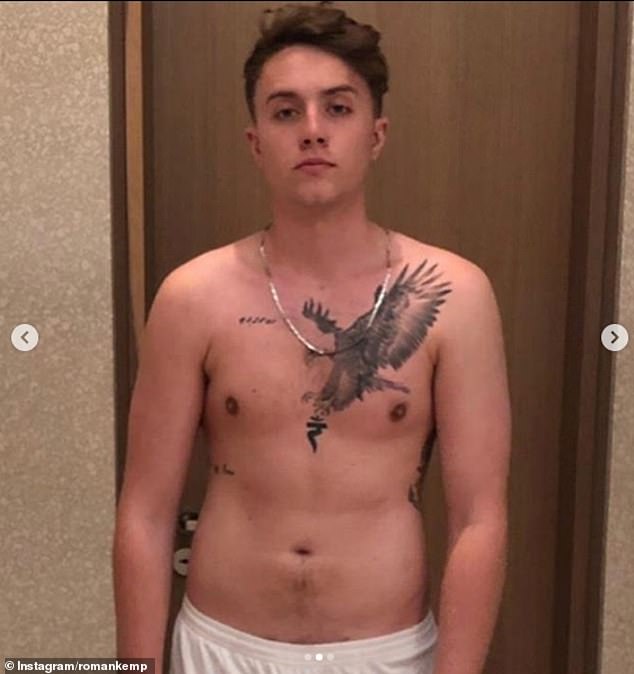 Training: The star, 26, has just completed a 12 week workout plan with personal trainer Bradley Simmons, sharing before and after photos on Tuesday

‘Best training I’ve ever had and provided me with the results I wanted. Thank you mate x’

Bradley, the ex boyfriend of Caroline Flack, reposted the before and after images on his own page along with a lengthy caption explaining how Roman achieved his new look.

’12 weeks of pure dedication has got Roman looking and feeling unreal,’ Bradley wrote, adding that the star’s vegan diet provided a challenge. 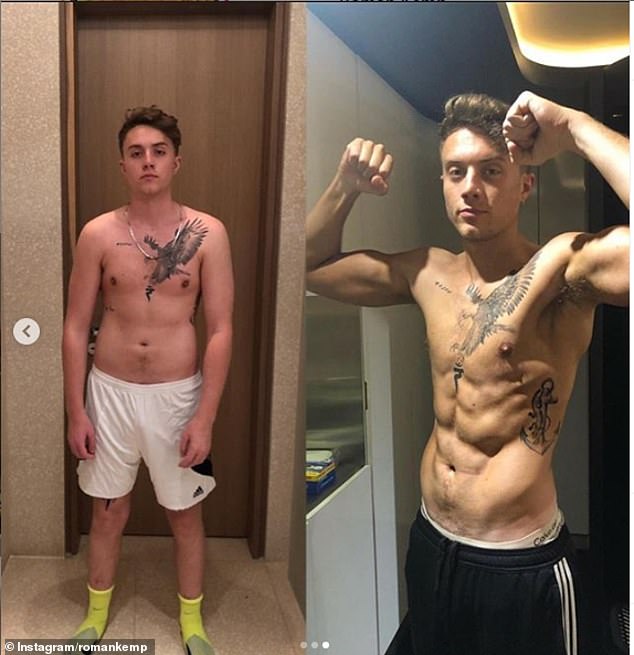 New look: ‘Not one for posting a photo like this but I wanted to say a huge thank you to @bradleysimmonds for convincing me to do his #12weektransformation,’ Roman said

‘Being a vegan it was a test for me to get his nutrition spot on ensuring he was consuming enough protein to ensure he was developing muscle whilst shredding the body fat% to build a strong lean physique. But we managed and we had Roman eating good plates of food,’ the trainer explained.

He went onto explain that the radio DJ was put through four or five workouts a week including HIIT sessions, to focus on Hypertrophy or exercise focused on promoting muscle size.

Bradley added that his celeb client was completely dedicated to the tough regime, writing: ‘I won’t take all the credit because when we were both busy he still hit the gym and completed every workout I set him.’ 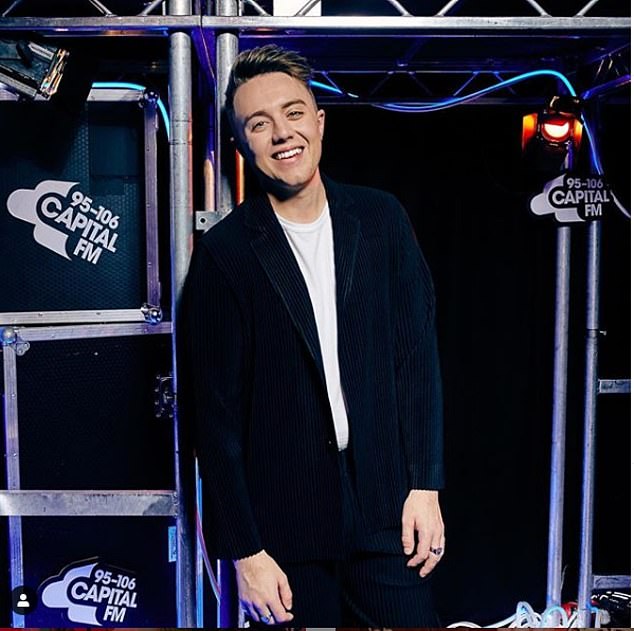 Radio star: Roman worked in a gym before finding fame as a model and later a radio DJ, joining Capital FM in 2014

‘Making my job easy. Set himself a goal.. and worked everyday to make the goal a reality.⁣’

Roman started the transformation at 25% body fat and finished at an impressive 9.5%.

The star worked in a gym before finding fame as a model and later a radio DJ, joining Capital FM in 2014 and working his way up to the Breakfast Show slot in 2017. 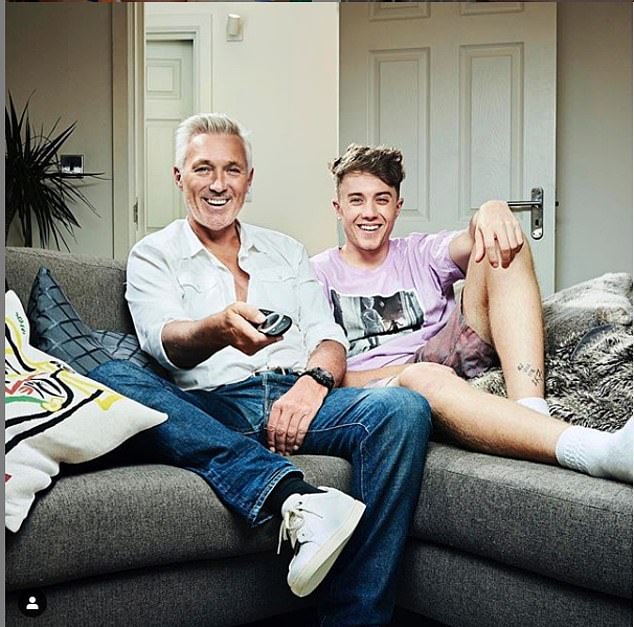 Family ties: Roman is the son of actor and Spandau Ballet star Martin Kemp, with the pair recently appearing together on Celebrity Gogglebox