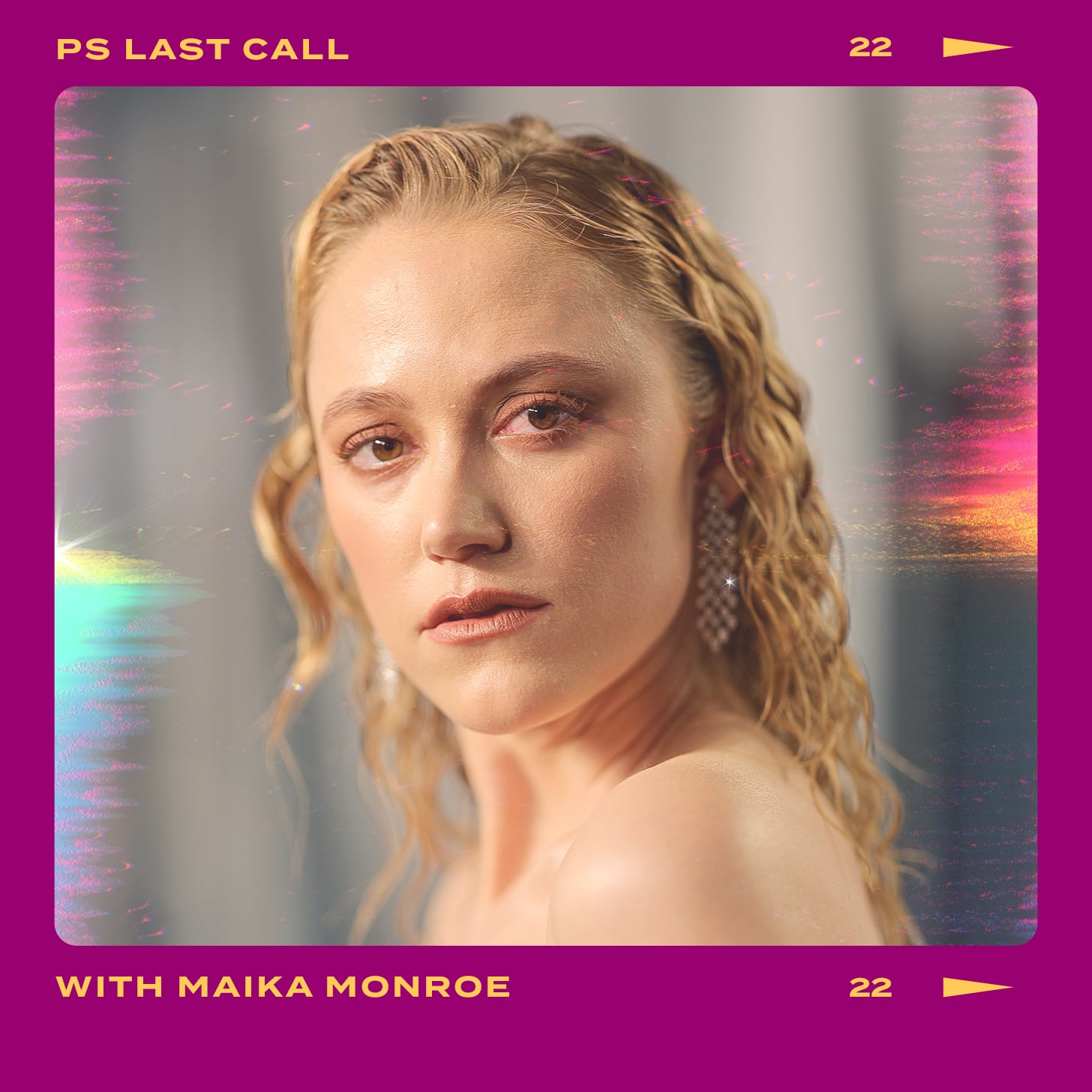 In our Q&A series Last Call, we get down to the bottom of every last thing with some of our favorite celebs — from the last time they were starstruck to the last song they listened to. This week, Maika Monroe takes our call.

Maika Monroe first broke out as a horror icon in 2014’s “It Follows,” which she followed up with turns in “The Guest,” “Tau,” and “Greta.” Earlier this year, she cemented her scary movie dominance with Chloe Okuno’s “Watcher,” which premiered at Sundance and was released this summer. So POPSUGAR wants to know: How’s it feel to earn the scream queen title?

“It’s kind of crazy, honestly,” Monroe tells POPSUGAR. “I try not to think about it too much, you know? I’m just trying to work on projects that mean something to me and I think that people will enjoy.”

But Monroe is a lifelong horror fan, so it’s not surprising that she’s also drawn to the genre in her career — even if it didn’t happen completely on purpose. “The first movies that I remember being absolutely terrified by were the ‘Nightmare on Elm Street’ films,” she says. “Honestly, the most terrifying film — and I can’t say that I recommend it to anyone — I’ll never forget seeing “The Hills Have Eyes.’ . . . I was traumatized from that.” She was “obsessed with” “The Shining,” “The Birds,” and “Rear Window,” too.

“You go to see movies to feel something and for me, watching a horror movie, it’s so intense, the feelings and it’s feelings that you don’t have every day,” she says of the genre’s appeal. “It’s this heightened world and there’s something so fun about that, to kind of disconnect from the current world and just feel these incredibly strong feelings.”

And Monroe loves the way horror films can comment on real life situations. In “Watcher,” Monroe plays Julia, a woman who moves to Bucharest with her husband and becomes convinced a man is stalking her. Her husband shrugs off her fears.

“Her husband that is supposed to be closest to her, when he doesn’t believe her, I think it’s most heartbreaking,” she says. “I will assume that a lot of people will relate to this and especially women.” To Monroe, the movie isn’t just about the thriller aspect, but also “gender anxieties and the devastation of having one’s fears reduced to this nagging female hysteria that I’ve experienced personally.” She says, “There’s nothing really more frustrating than that.”

As a burgeoning horror icon, Monroe took a trip to one of the most iconic places in the history of the genre — Dracula’s castle. She visited with the rest of the “Watcher” cast during filming in Romania. “Dracula was Vlad the Impaler actually, and so it was honestly truly horrifying because they had all the torture tools that Vladimir would use,” she says. “It was insane because it’s like, you have this idea of this crazy castle and it was that, and it was so fun.” The cast had dinner in one of the castle’s rooms, drinking wine and eating by candlelight, which Monroe says was “terrifying and so cool.”