It’s the iconic look made famous by Pamela Anderson in the 1990s.

And Selena Gomez created her own Baywatch moment as she posed up a storm in a red swimsuit in an Instagram post shared on Friday.

The 26-year-old singer showcased her incredible physique as she was seen emerging from crystal clear turquoise waters in the stunning snap. 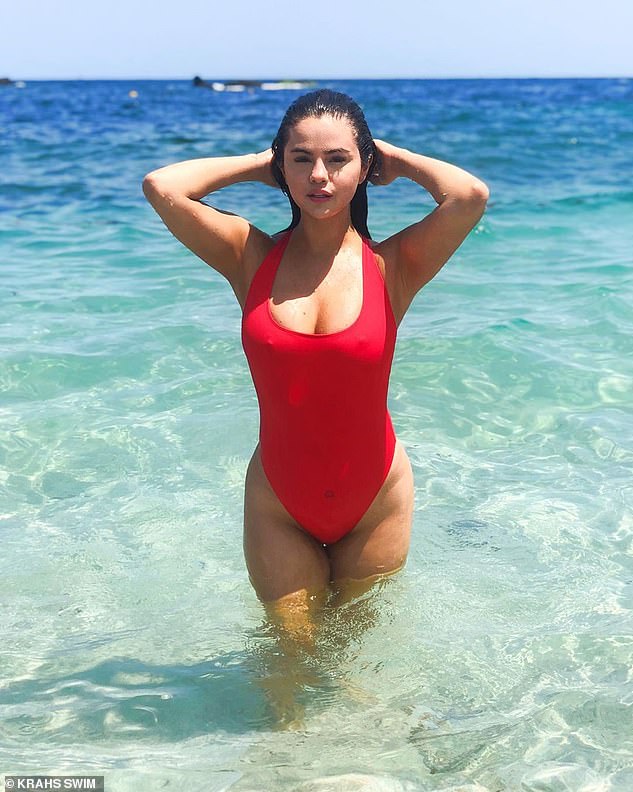 Baewatch! Selena Gomez created her own Baywatch moment as she posed up a storm in a red swimsuit on Friday

The Heart Wants What It Wants singer looked stunning as she flaunted her cleavage in the plunging Krahs swimsuit, which was posted to their Instagram.

The picture was captioned: ‘BAE WATCH @selenagomez is wearing the Comino Rib One Piece also available in navy and white.’

Her brunette tresses were soaked and slicked back from her pretty features. 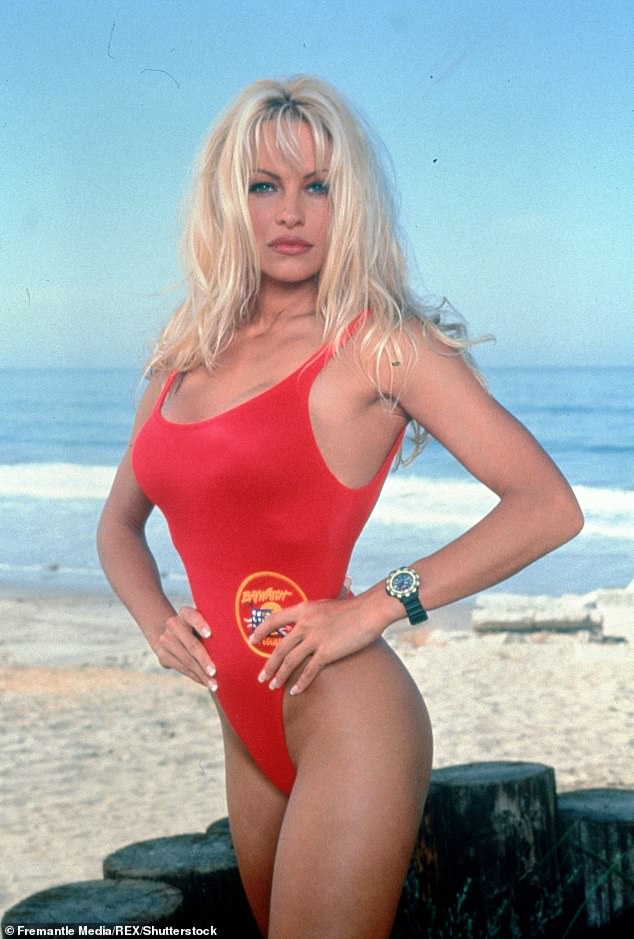 A classic: Selena was recreating Pamela Anderson’s famous Baywatch look from the 1990s

She swapped into a white one-piece swimsuit on Monday, while enjoying her cousin Priscilla DeLeon’s bachelorette party in Punta Mita, Mexico.

The former Disney star was spotted with the bride-to-be and cousin, Priscilla, as well as her other cousin Miranda DeLeon.

Two years ago, Selena revealed she had been chosen to be her Maid Of Honor. 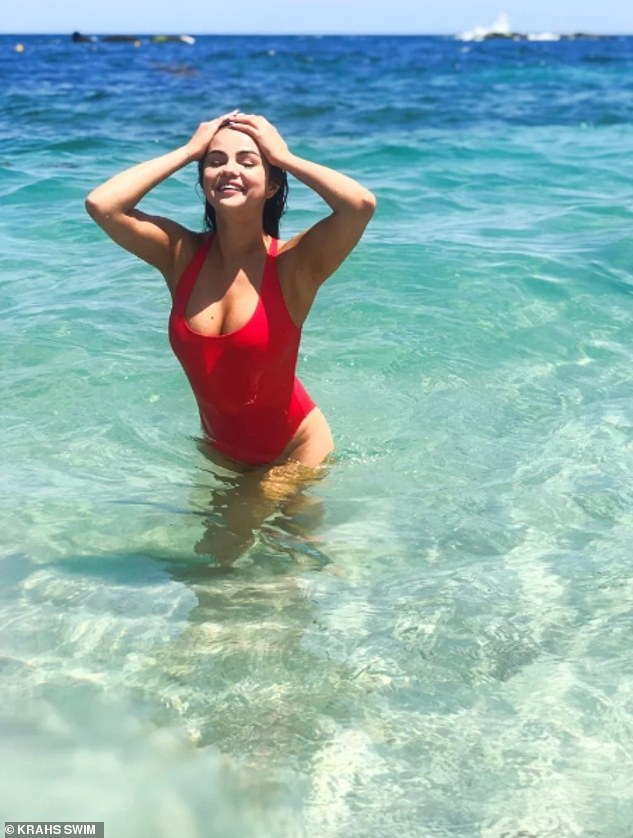 Splashing out: She looked stunning in the skimpy swimsuit as she enjoyed her cousin’s bachelorette party 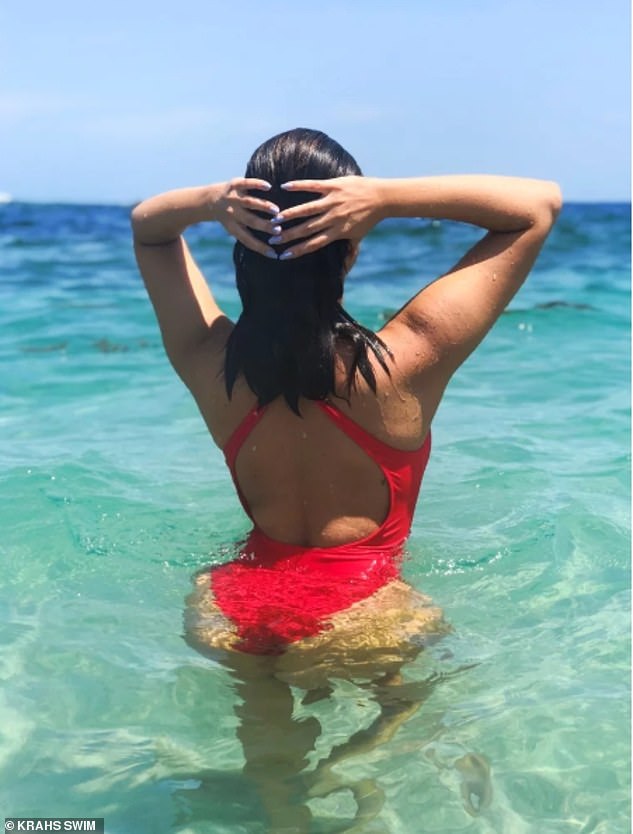 Sexy: Selena gave fans a cheeky view as she gazed out to the horizon in the crystal clear ocean 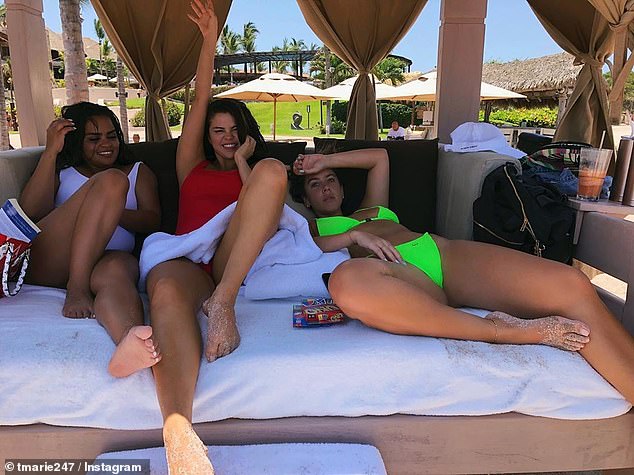 Hanging out: She posed for this cute snap with her cousin and Founder and Creative Director of Krah swimwear company Tina Marie Mingus

And the Taki Taki singer has continued to go above and beyond, surprising Priscilla with her dream wedding dress in December that year.

‘When your maid of honor makes you dream dress a reality and surprises you with it,’ Priscilla wrote at the time.

Priscilla is expected to be getting married next month with Selena standing by her side. 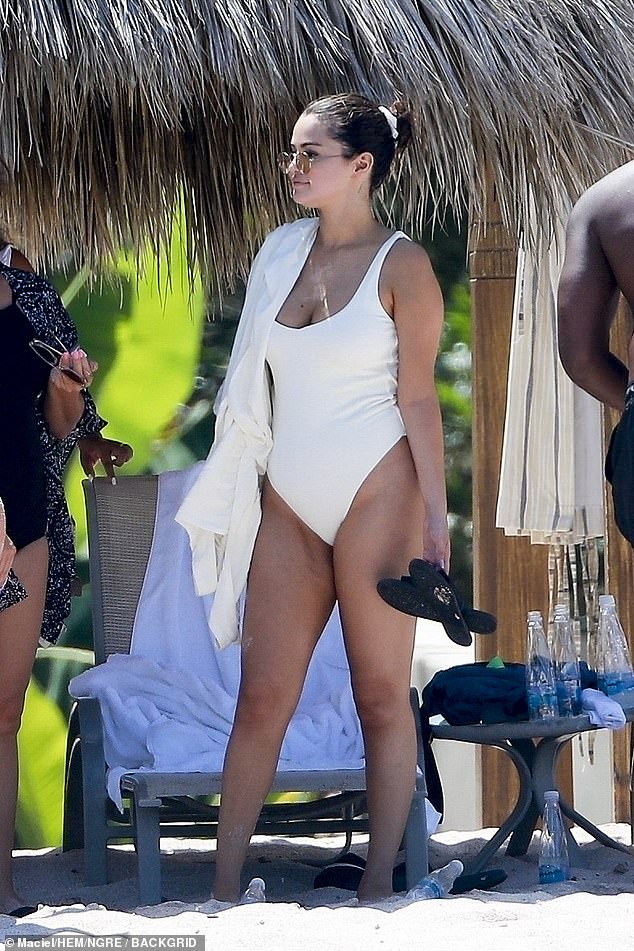 Bridal party: Selena wore a white swimsuit while at the Four Seasons Resort Punta Mita for her cousin’s Bachelorette Party on Monday 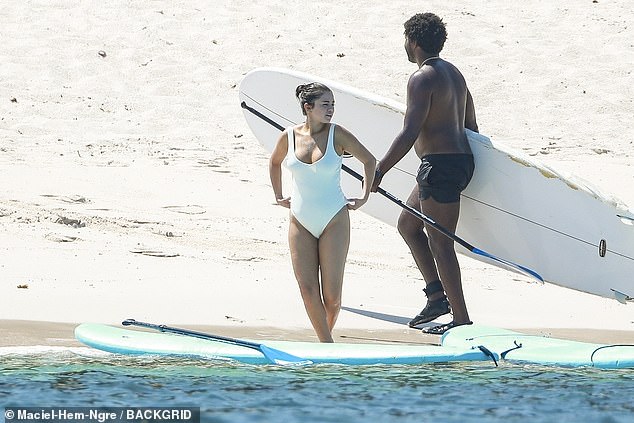 Active: She also took part in paddleboarding during the girls’ weekend with her friends 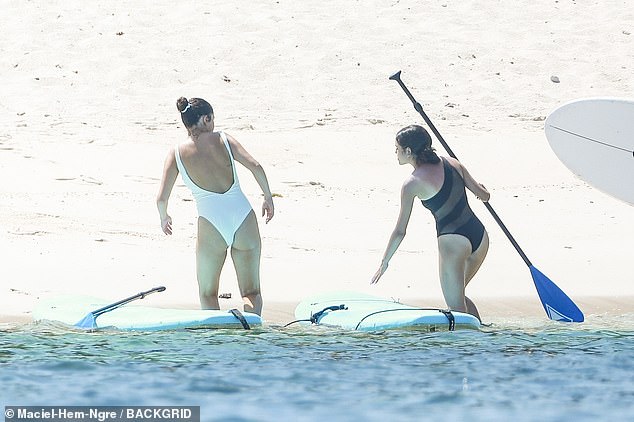 Family time: The star was with her cousins and looked relaxed and happy

Despite the Back To You singer’s fame, she has always remained incredibly close to her cousin, even being there to capture her proposal back in 2016.

Their close nature also sees Selena the Godmother to her cousin’s son, Aiden.

Meanwhile, being away in Mexico gives Selena the perfect way to avoid tensions between her best friend Taylor Swift and ex-boyfriend Justin Bieber.

Taylor revealed her feelings on Bieber’s manager Scooter Braun purchasing her musical back catalog on Sunday, saying she was ‘grossed out’ after he had bullied her. 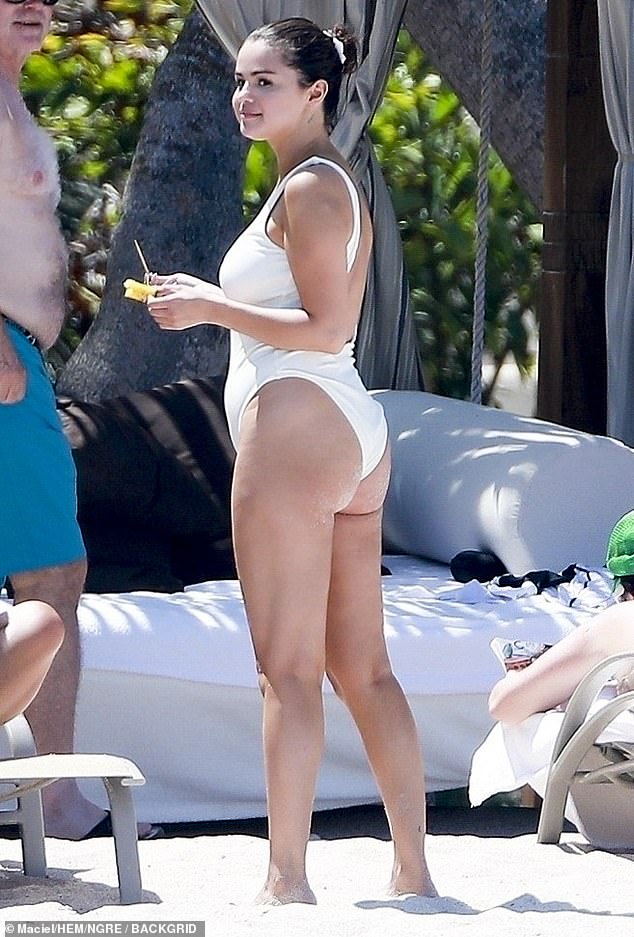 Duties: The former Disney star is maid-of-honour for bride-to-be and cousin, Priscilla

Selena’s ex Justin defended Scooter, but got called out by Taylor’s pals, including Cara Delevingne.

However, Selena’s mom Mandy Teefey has spoken out to defend the ME! hitmaker and praised her for ‘speaking out’ about the deal.

She shared part of Taylor’s Tumblr post on Instagram and wrote: ‘I wish I could give you a big hug right now! Thank you for speaking out about this and teaching future young artist about protecting themselves. I don’t understand the pleasure of power plays to simply hurt people!

‘To deny you the option to own your blood, sweat and tears, especially as a young woman who shared growing up in front of the world, is heartbreaking!!’ 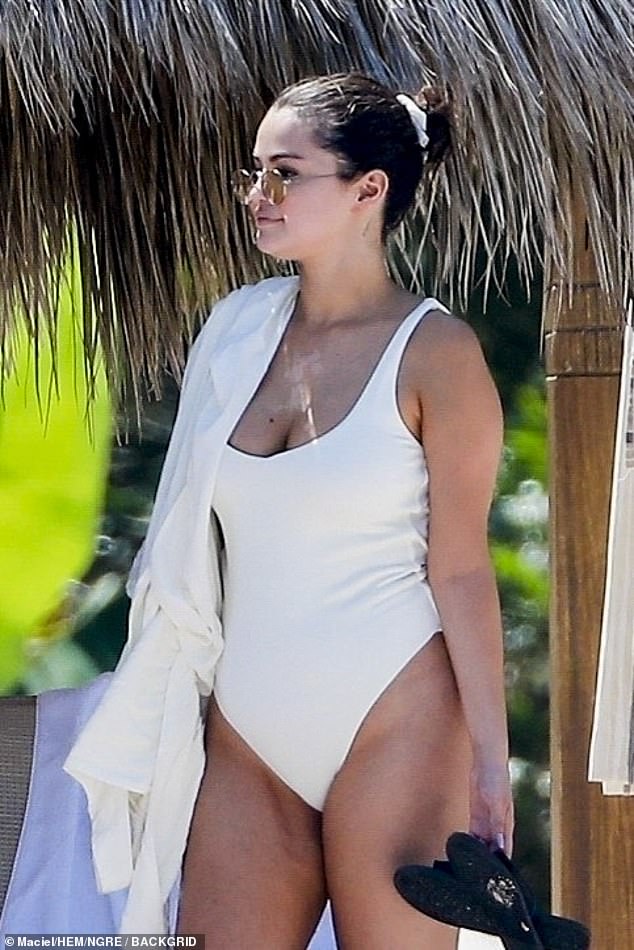 Fun times: She looked cute with her hair up as they enjoyed their break in the sunshine