A couple of John McCain‘s biggest rivals — the ones who respected him, anyway — are set to honor the late Senator at his National Memorial Service, and TMZ is streaming it live.

Former Presidents Barack Obama and George W. Bush will deliver eulogies for McCain at the service inside the Washington National Cathedral … which is packed with dignitaries paying their final respects.

McCain handpicked 43 and 44 earlier this year as speakers at his funeral, and Obama was reportedly surprised by the invitation. Remember, Obama defeated McCain in their run for the White House in 2008 — and W bested him in the 2000 Republican primaries.

Although they butted heads with McCain on the campaign trail, there was always respect between the men. McCain famously shut down a voter who called Obama “an Arab” during their 2008 campaign battle.

President Trump will, noticeably, be absent from the service — as was his respect for an American war hero. McCain reportedly made Trump persona non grata when he was making his funeral plans. McCain’s former running mate in 2008, Sarah Palin, was reportedly also excluded from his service.

Pence was one of the speakers at McCain’s memorial service Friday, where Congress paid tribute as he lied in state at the U.S. Capitol. 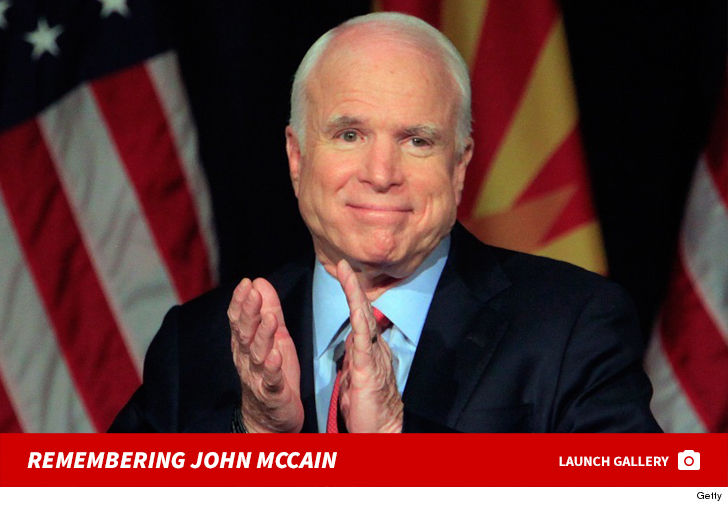