‘Her attitude horrified everyone’: Shakira ‘sparks fury for jumping a queue at a Halloween attraction’ – while other families waited up to 90 minutes

Shakira has reportedly sparked fury for jumping the queue at a Halloween attraction called the Tower Of Terror in Barcelona, while other families waited for up to 90 minutes.

According to various Spanish news sites, including 20minutos.com, Shakira, 45, her children as well as her friends and their children were ushered to the front.

A witness told Socialité: ‘They began to separate everyone, and Shakira appeared with her children and two security agents and they sneaked in. 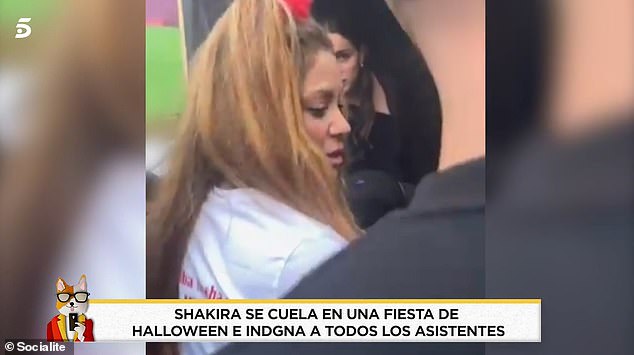 ‘Her attitude horrified everyone’: Shakira has sparked fury for jumping a queue at a Halloween attraction in Barcelona – while other families waited up to 90 minutes 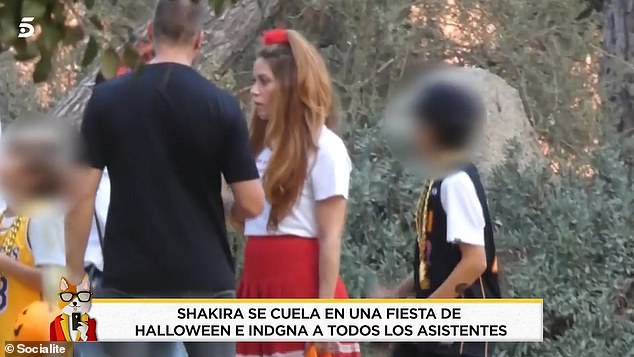 A witness said: ‘They began to separate everyone, and Shakira appeared with her children and two security agents and they sneaked in’

‘Despite people crying out, Shakira doesn’t flinch. The organisation said that they let in whoever they wanted,” says the journalist.

‘The attitude is what horrifies all the attendees. Everyone was outraged, because it is a very cr**ppy image.’

MailOnline has contacted a spokesperson for Shakira for more information.

It’s been a tough time for Shakira of late. 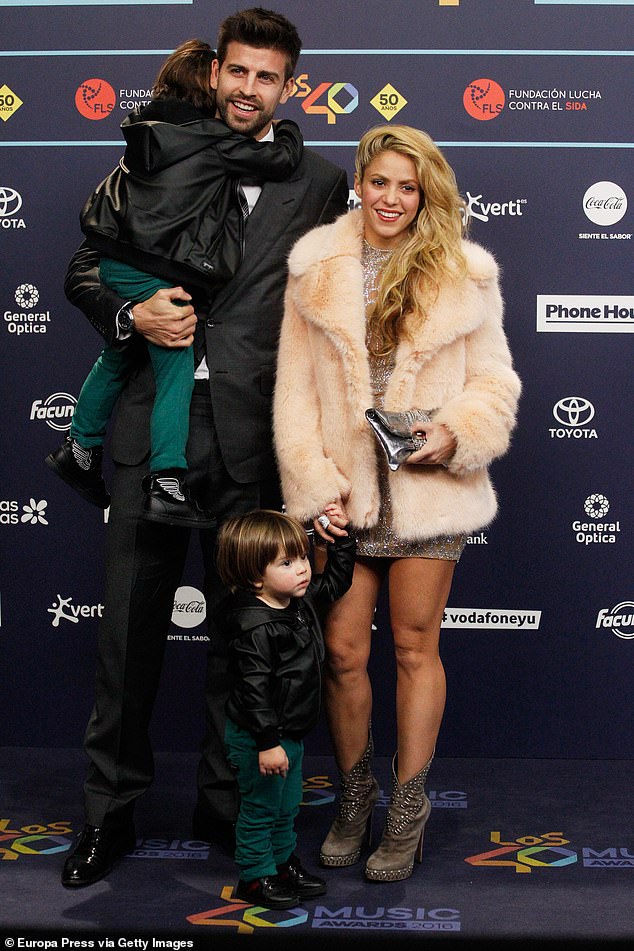 Divorce proceedings: It comes as Shakira and Gerard continue to try to hash out an agreement on their separation, with the pair recently being spotted outside of a law firm’s office (pictured in 2016)

They wrote:  ‘We regret to confirm that we are separating. We ask for privacy at this moment for the well-being of our children, who are our maximum priority. Thank you in advance for your understanding and respect.’

The pair share two sons, Milan, nine, and Sasha, seven and he has moved on with new girlfriend Clara Chia Marti, 23.

In an interview with Elle leading up to the release of Monotonía, the artist admitted it’s been a difficult period for her due to a variety of reasons, including media scrutiny, but she still has hope for herself and others going through hard times.

‘I think that women, we are resilient. You know, we have this resiliency that is just innate in all of us,’ she explained.

‘I need to become an example for my kids, that I need to be what they want, what I want them to become. And I want to be there, also, for all the people who have shown me their love and support. That is my biggest strength. That’s my most powerful engine right now.’

It comes as Shakira and Gerard continue to try to hash out an agreement on their separation, with the pair recently being spotted outside of a law firm’s office.

As well as dealing with her looming divorce, Shakira’s legal woes include an impending trial on charges of tax fraud.

Spanish prosecutors accused Shakira in 2018 of failing to pay 14.5 million euros ($13.9 million) in taxes on income earned between 2012 and 2014. Prosecutors are seeking an eight-year prison sentence and a hefty fine if she is found guilty of tax evasion.

Shakira has repeatedly denied any wrongdoing and rejected a deal with authorities to avoid going to trial. Her public relations firm has said that she has already paid all that she owed and an additional 3 million euros ($2.8 million) in interest.

The court based in the town of Esplugues de Llobregat near Barcelona said that Shakira will face six counts of tax fraud. The date for the trial has yet to be set. 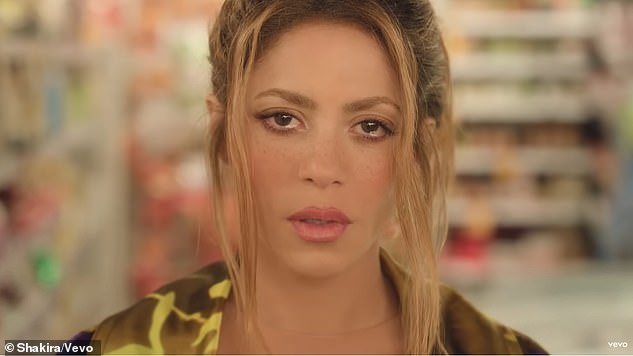 Implication: The singer  has released her latest single, Monotonía, where she makes references to an acrimonious split that fans have claimed refers to Gerard