Is a pop idol building Wakanda?

Akon announced on his social-media channels on Monday that he is building a city of the future in Africa.

“Just finalized the agreement for AKON CITY in Senegal. Looking forward to hosting you there in the future,” the musical artist of Senegalese descent tweeted.

Akon City, which was authorized by Senegal’s state-owned SAPCO tourism company, will be a “crypto-city” built on 2,000 acres of land.

For money, residents will use a cryptocurrency known as AKoin.

The city, a five-minute drive outside of Dakar, will be billed as a global ecotourism destination.

Senegal's tourism ministry said the singer wanted to build a sustainable ecotourism village that would "campaign for the environment."

"Beyond his status as an artist, it is Akon, the investor who believes in Africa," the tourism ministry said in a statement before the ceremony. 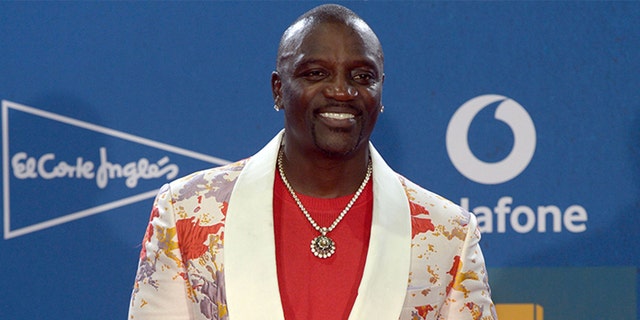 Akon announced on his social-media channels on Monday that he is building a city of the future in Africa. (CRISTINA QUICLER/AFP via Getty Images)

He spoke to Newsweek in 2018 about the project.

"With the AKoin we are building cities, the first one being in Senegal," the singer, whose real name is Aliaune Thiam, explained. "We're securing the land and closing out all the legislation papers for the city. We want to make it a free zone, and cryptocurrency-driven as a test market.

"If it works, we will scale it out to all the other countries in Africa so all the cities are connected. It's going to be a 50-to-100-year project, most likely. I probably won't even live to see it finished. But for the project in Senegal, we have a 10-year deadline for that city to be built out.

Appearing on “The Real” in November, the rapper spoke about his philanthropy efforts in Africa.

“A lot of people don’t really know, but I’m literally advising 30 African presidents as we speak,” Akon said, receiving a wealth of applause from the audience.

“It’s all based on the youth, the development of the youth and things of that nature. I’m everywhere in the world dealing with politics, so my foreign experience is through the roof.”